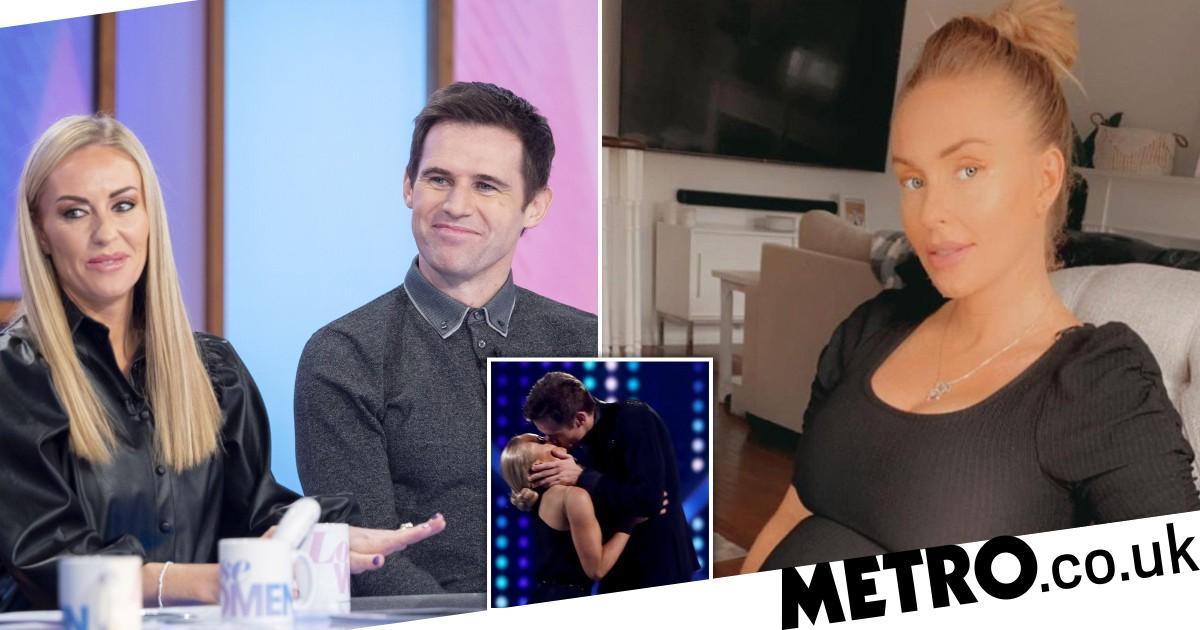 Brianne Delcourt has opened up about a terrifying haemorrhage she suffered during her current pregnancy with her third baby, which left her bleeding for a week.

The Dancing On Ice professional skater, 40, is expecting her second child with husband, professional footballer Kevin Kilbane, 44, and has an older child from a previous relationship.

She revealed that after having a tough pregnancy with her first daughter Olivia, nine months, she was determined to take every precaution to make sure the second pregnancy was smoother, but ended up having a haemorrhage.

Brianne told OK: ‘I was a month along when I found out and I went for my second ultrasound quite early. We found out I had an haemorrhage and it was right by the placenta. I was bleeding for a week.’

She was left ‘extremely worried’ as bleeding can be a sign of a miscarriage, but her mind was put at ease by specialists who explained that it was ‘normal’ to have some bleeding in some pregnancies, but found that hers ended up getting worse.

Brianne explained: ‘I went for a follow up and mine had gotten bigger and I was in a lot of pain. They put me on bed rest but that only lasted a day as it’s pretty hard to do nothing when you’ve got two kids.’

She went back a few weeks later to have a check up and was thankfully told that the haemorrhage had ‘cleared up’.

‘They said it could have been a slight injury from when I didn’t know I was pregnant as I was doing things like water skiing,’ she added. ‘I constantly bled every single day for three weeks.’

As well as Olivia and the new baby to come, Brianne also has a three-year-old daughter Gracie from an unnamed ex.