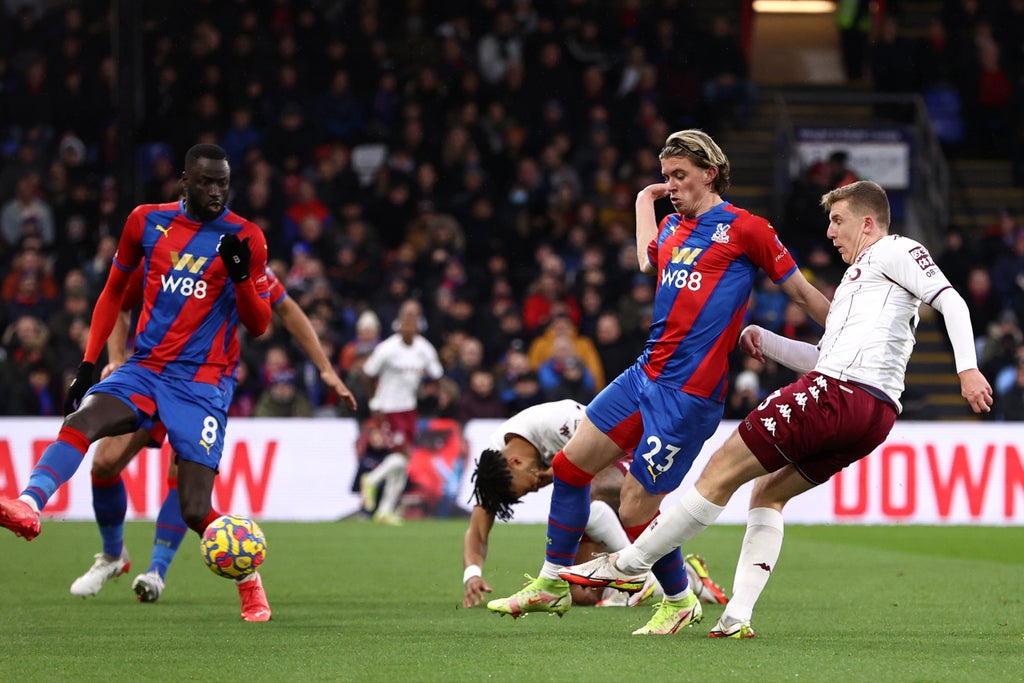 It has been a good start for both men so far with Vieira guiding his Eagles to tenth in the table and a seven-game unbeaten run going into this match. Palace can go as high as sixth with a win.

Conor Gallagher has been a revelation on loan from Chelsea while Wilfried Zaha and Christian Benteke have regularly hit the back of the net in recent weeks.

As for Villa, Gerrard oversaw a debut victory against Brighton last weekend to push his side away from the relegation zone. There is still plenty of work to do however with four-point gaps to both 18th and eighth-place as the weekend begins.

With kick-off at 3pm, follow all the action from Selhurst Park live with Standard Sport’s blog.

36:00 – Kouyate clears McGinn out and the Villa midfielder isn’t happy about it.

Largely, he’s been their biggest threat.

34:00 – Palace really aren’t afraid to step up under Vieira, are they?

On the front-foot, Guehi manages to clear up a through ball and tries to launch a counter.

29:00 – Zaha and Cash both booked after pushing each other.

Would have been quite some goal and, frankly, the Villa midfielder gets in far too easily.

24:00 – Benteke heads over after good work from Gallagher finds him in the box.

Not good enough from Palace

22:00 – Difficult for Palace to find a way through now, albeit with most of the game still to play.

Not good enough from Gallagher when trying to close Targett down.

15:00 – Targett scores after a shot from the second-phase of a corner.

15:00 – Milivojevic lucky not to be booked for a foul on Bailey.

Should really have been booked.