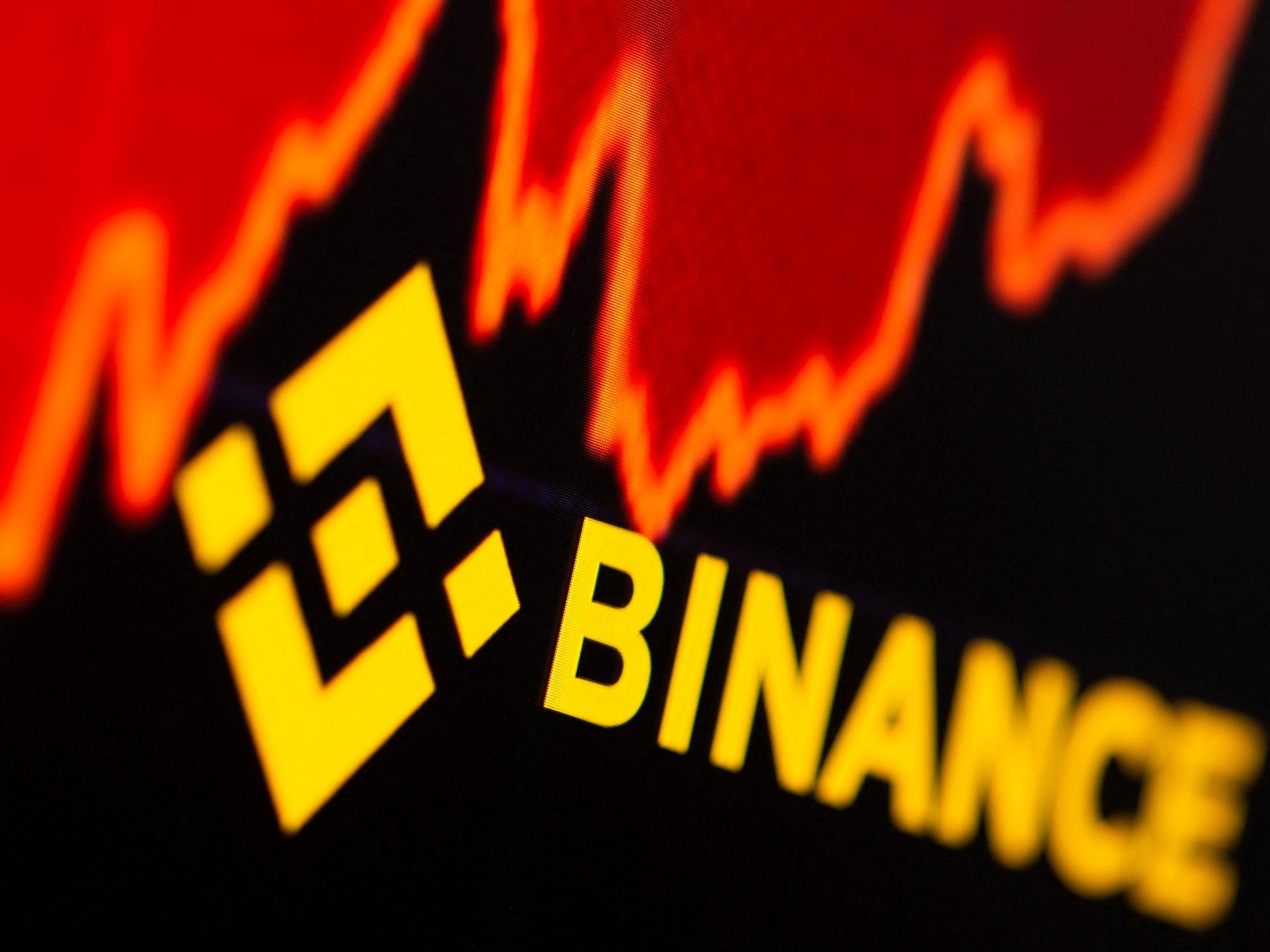 LONDON — Some of the world’s biggest cryptocurrency exchanges are staying put in Russia, breaking ranks with mainstream finance in a decision that experts say weakens Western attempts to isolate Moscow following the invasion of Ukraine.

Western sanctions, which aim to squeeze Russia’s economy and sever it from the global financial system, have forced companies and financial firms in their droves to halt business in the country.

But many of the world’s largest crypto exchanges – including Binance and U.S.-based Kraken and Coinbase – have stopped short of a blanket ban on Russian clients, despite a plea from the Ukrainian government for one. They said they would screen users and block anyone targeted by sanctions.

The standoff illustrates the ideological gulf between the traditional financial sector and the world of cryptocurrencies, whose roots lie in libertarian ideals and distrust of governments.

The crypto exchanges argued that cutting off a whole nation would run counter to bitcoin’s ethos of offering access to payments free of government oversight.

Yet some anti-money laundering specialists warned the exchanges could be keeping a route open for Russians to move money abroad, thus undermining Western efforts to pressure Russia to back away from war.

“There’s no question sanctions are diminished,” said Ross Delston, a U.S. lawyer and former banking regulator, adding that cryptocurrencies “allow an avenue for a flight to safety that would not have existed otherwise.”

While most exchanges do require ID checks, the rigor of “know-you-customer” rules differs across the industry, worrying regulators who see crypto as a vehicle for illicit cash.

Anti-money laundering and crypto experts said people targeted by sanctions may try to move funds via so-called privacy coins – a class of cryptocurrencies that obscures the identity of users more than bitcoin. Supporters say they offer users greater protection from intrusive monitoring by governments.

RUSH OUT OF RUBLES

Russian households and businesses have rushed to convert rubles into foreign currency, as the ruble hit a record low of 110 versus the dollar on Wednesday.

There are signs too that suggesting that people are scrambling to covert savings to crypto – trading volumes between the ruble and cryptocurrencies hit 15.3 billion rubles (US$140.7 million) on Monday, a three-fold jump from a week earlier, according to researcher CryptoCompare.

The spike has worried regulators, with the European Commission looking at whether crypto is being used to get around sanctions, an EU official said on Wednesday.

The U.S. Treasury said Russia businesses or individuals would not be able to use crypto to skirt sanctions, citing problems converting digital currencies to traditional money via financial firms that are subject to anti-money laundering rules.

“Even at the level of individual elites, laundering billions of dollars through digital wallets would expose themselves to those tracking flows within virtual currency markets,” a spokesperson said, adding that anti-money laundering rules and sanctions also apply to crypto exchanges.

Britain’s financial watchdog did not respond to requests for comment for this story.

The crypto exchanges’ stance goes against that of several traditional payment companies and fintech firms that have responded to sanctions by restricting services in Russia.

Payments company Wise and remittance processor Remitly have, for instance, suspended money-transfer services in Russia, while Apple Inc limited use of Apple Pay.

Ukraine’s Vice Prime Minister Mykhailo Fedorov on Sunday asked crypto exchanges to block the digital wallet addresses of Russian users, a move that would effectively stamp out their ability to trade crypto.

Kraken CEO Jesse Powell said he would not acquiesce, calling bitcoin the “embodiment of libertarian values.”

1/6 I understand the rationale for this request but, despite my deep respect for the Ukrainian people, @krakenfx cannot freeze the accounts of our Russian clients without a legal requirement to do so.

Russians should be aware that such a requirement could be imminent. #NYKNYC https://t.co/bMRrJzgF8N

Blocking users from an entire country “does not necessarily punish those who are actually responsible and who may have already prepared for the possibility of blanket sanctions,” a Kraken spokesperson said.

Kraken complies with legal and regulatory requirements of all jurisdictions where it operates, they added.

Binance, the world’s largest crypto exchange, also refused to ban all Russian users but says it is blocking the accounts of any clients targeted by sanctions. “Crypto was meant to provide greater financial freedom for people across the globe,” it said on Monday.

Binance accounts for over 40% of all crypto trades in rubles, CryptoCompare said. A Binance spokesperson declined to comment on the figure, or give details of any sanctioned users it had blocked.

U.S. cryptocurrency exchange Coinbase Global Inc too said it would not impose a blanket ban on transactions involving Russians, though it would block accounts of those targeted by sanctions.

Yet continuing to operate in Russia likely poses risks for exchanges themselves, warned Joby Carpenter, a specialist in crypto and illicit finance at the Association of Certified Anti-Money Laundering Specialists.

“Exchanges and, ultimately, banks where cryptoassets off-ramp will need to be alert to these efforts to avoid breaching sanctions or terrorism legislation,” Carpenter said.