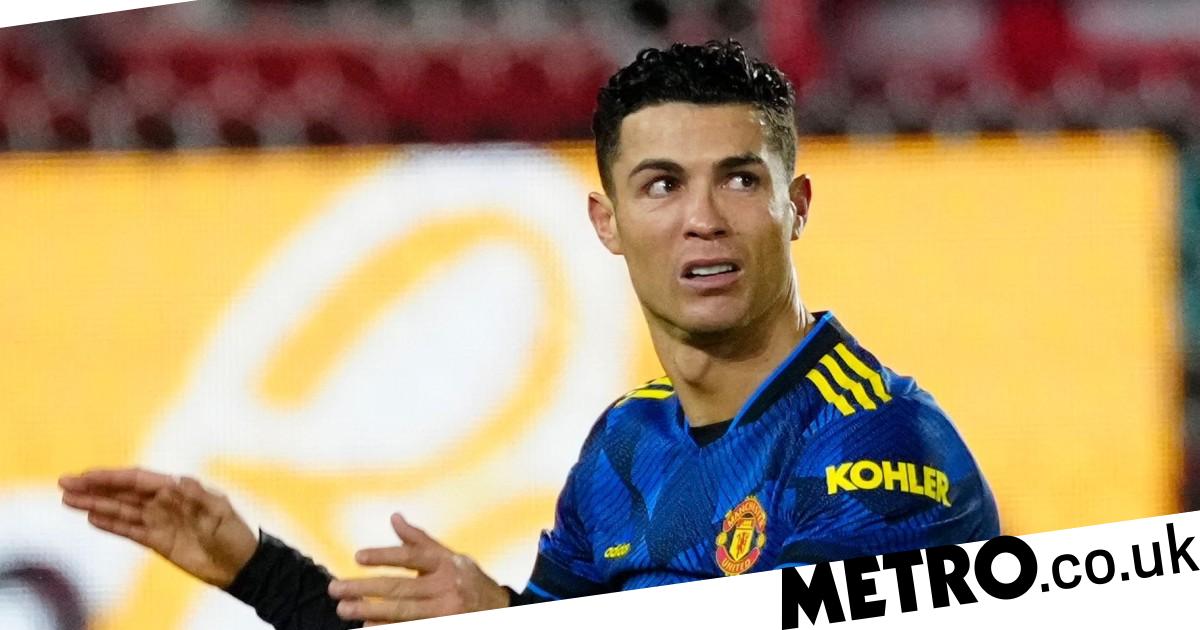 Elanga scored the opening goal as Ralf Rangnick’s side went on to secure a 3-1 victory.

But Ronaldo dominated the headlines following his reaction to being substituted in the second half.

The 36-year-old had returned from a hip injury for the game and Rangnick explained after the game that he needed fresh legs in order for the team to see out the victory.

‘What he did against Brentford spoiled the youngster’s big day – and it was so childish.

‘The poor kid. He starts his first Premier League game of the season, scores for Manchester United.

‘And then Ronaldo gets substituted, strops off and has a hissy fit. As soon as it happened as I said to my mate: ‘You watch, you won’t even know the kid has scored now.’

‘It was unbelievable for someone who’s been around the game that long to do that and take the headlines away from Elanga.

‘It’s not happening for him. I went to the game with my boy, to show him Ronaldo. One of the greatest players of all time.

‘He’s a shadow of that player. An absolute shadow.’