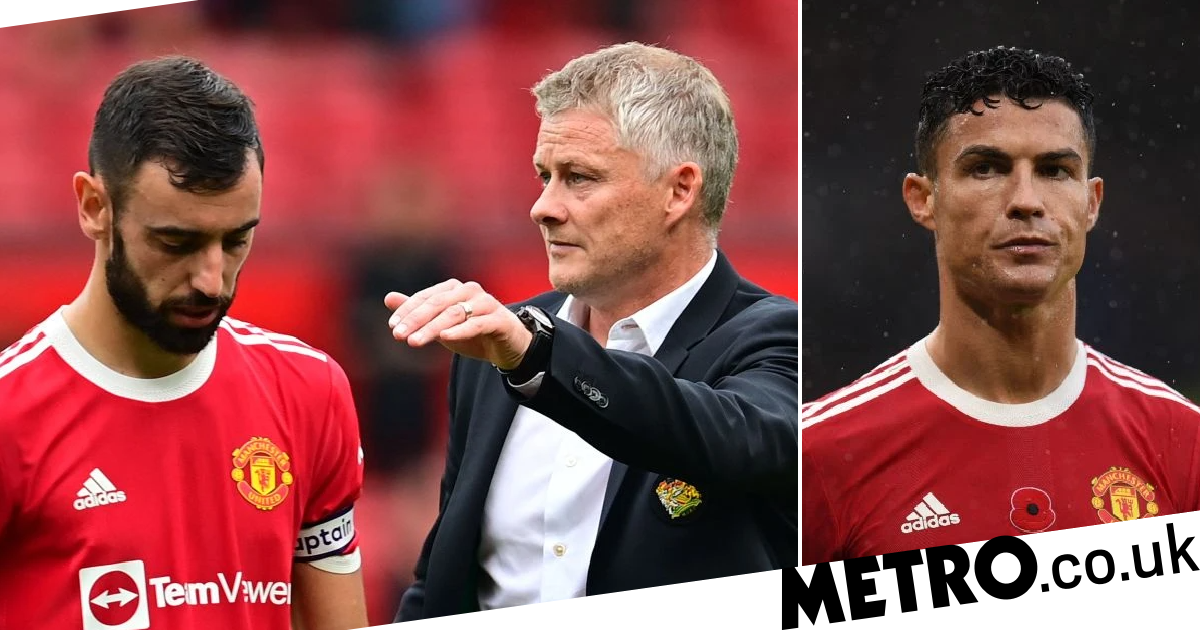 Tensions are running high at Manchester United and Bruno Fernandes is reportedly one of a number of players questioning Ole Gunnar Solskjaer due to an apparent lack of direction from the under-fire manager.

United appeared to have turned a corner after bouncing back from their humiliating 5-0 defeat at home to Liverpool to put three goals past Spurs at the Tottenham Hotspur Stadium.

But the Red Devils scraped a 2-2 draw at Atalanta in the Champions League thanks only to some late Cristiano Ronaldo heroics before suffering a 2-0 loss to Manchester City at Old Trafford on Saturday.

Solskjaer finds himself under intense pressure after a miserable run of six defeats in 12 games and the Premier League giants are seriously considering sacking the 48-year-old Norwegian for the first time, according to The Daily Mail.

United had initially planned to hold on until the summer to make a decision on Solskjaer’s future, but the situation has grown so dire and the dissatisfaction among fans so great that the club may pull the trigger should result fail to improve.

The report indicates that doubts have gradually crept in this term – after a genuine feeling of optimism in pre-season – and Fernandes is among those who believe there is no clear plan being passed down from the head coach.

Ronaldo, who returned from Juventus in the summer transfer window, is said to be ‘alarmed’ and ‘shocked’ by United’s fall from grace and just how far standards have slipped since his initial spell at the Theatre of Dreams.

It’s claimed several first-team players are frustrated with a perceived favouritism Solskjaer displays towards other members of the dressing room, while some have been left baffled by his bizarre treatment of Donny van de Beek.

The Netherlands midfielder has badly struggled to live up to expectations since arriving from Ajax in August 2020 and has been limited to just two substitute appearances in the English top flight this season.

Solskjaer has repeatedly brushed off the speculation surrounding his future and it’s clear he expects to be in the position when United travel to Watford after the international break.

Asked whether he was beginning to feel he was on borrowed time following United’s defeat to City, Solskjaer told Sky Sports: ‘No, I don’t start to feel like that.

‘I have good communication all the time with the club that’s very up-front and honest about the situation.’