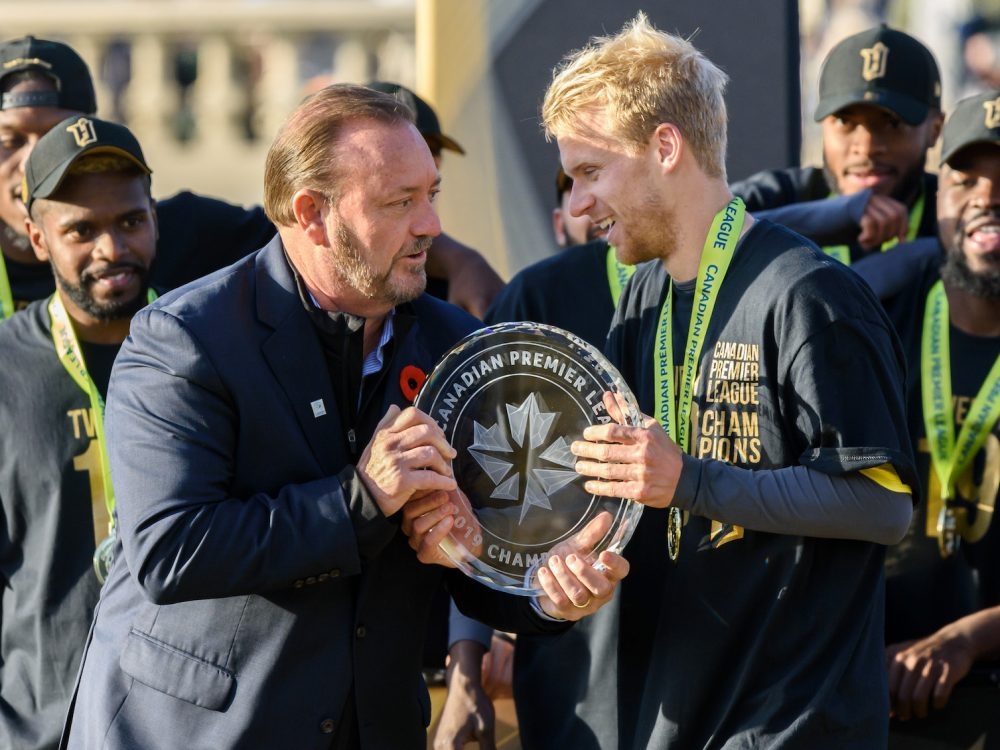 On Monday, the CPL announced Clanachan has been awarded exclusive rights for a CPL expansion club in the Windsor, Ont.,, Essex County area and he will be leaving his post as commissioner to focus on bringing a professional soccer team to the area

David Clanachan has been so happy with the growth of the Canadian Premier League, he is stepping down as commissioner to run his own team.

On Monday, the CPL announced Clanachan has been awarded exclusive rights for a CPL expansion club in the Windsor, Ont., Essex County area and will be leaving his post as commissioner to focus on bringing a professional soccer team to the area.

The launch of an expansion franchise in Windsor/Essex County is contingent on the development of a soccer-specific stadium in the region.

“The No. 1 thing is always the stadium, it has to be soccer-specific and it has to live up to what the fans and supporters are looking for; that has to be paramount,” Clanachan said. “As I say, that’s always the longest pole in the tent. We have some work to do, but I have the exclusive rights to go after a CPL club in that area, so I’ve been sanctioned by the league to do that, so we’re going to go out and do that.

“It’s going to take time. I think it would be unrealistic to think it would happen before 2024, but I would be very happy if somewhere between 2024 and the World Cup coming to North America in 2026, if we were playing in that market with the CPL, and it’s a project I could get behind for sure.”

Clanachan was appointed the first commissioner of the CPL in 2018 and has overseen the first three years of the league. There will be a transition phase for his departure as commissioner, allowing time for the league to find a replacement.