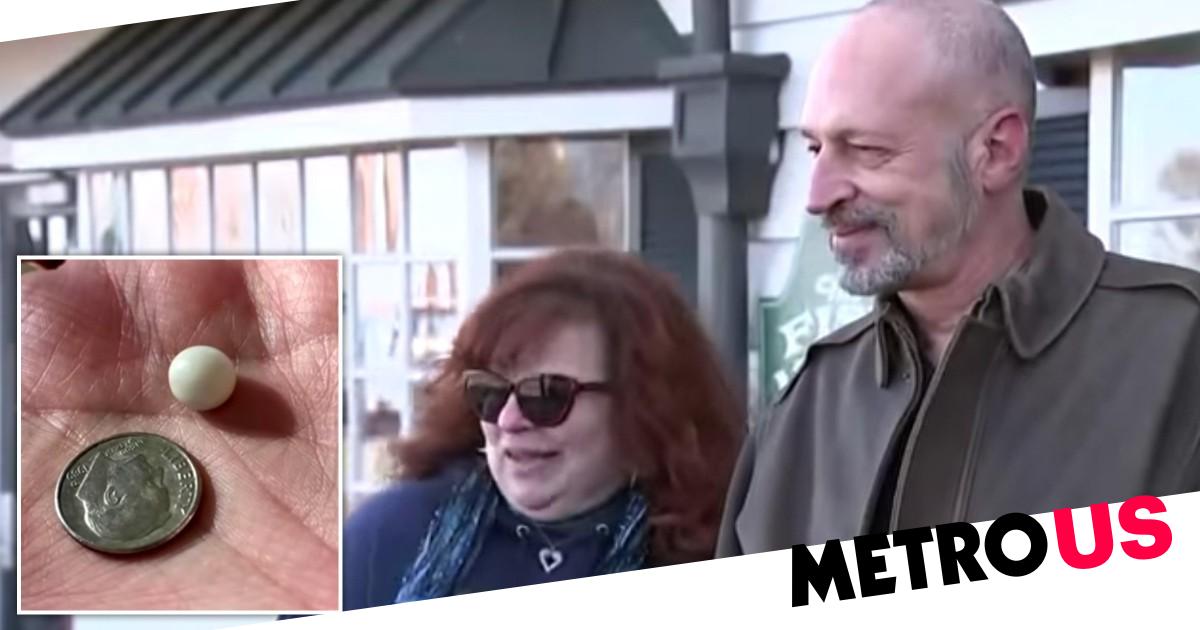 A couple that ordered their usual appetizer at their favorite restaurant was served a surprise that made their anniversary truly special. Maria and Michael Spressler dined at The Lobster House in Cape May over President’s Day weekend, as has been their annual tradition since 1987.

This year, on their 34th anniversary, the last clam in their usual appetizer dish felt different to Michael.

‘I was down to the 12th one and when I picked it up on the fork it looked kinda heavy, but I didn’t think nothing of it,’ he told KYW-TV. ‘Then when I started to eat it I noticed something was in my mouth. I actually thought one of my tooth broke.’

Lucky for Michael, it was really a pearl.

‘He’s eaten dozens and dozens of clams and we’ve never found anything like that so it was pretty exciting,’ said Maria.

The 8.8 millimeter pearl could be worth thousands of dollars, but the New Jersey couple do not plan to sell it.

‘I would like to have it set into a nice piece of jewelry, maybe a mermaid or something nautical,’ Maria said. ‘It’s a beautiful remembrance of that day and what we have is so special.’

The restaurant, celebrating its centennial, shared the news on social media and explained a common misconception.

‘Both (oysters and clams) produce pearls,’ they wrote, adding that mussels do too. ‘It’s the bivalve’s reaction to debris or grit.’

A Lobster House employee, Sarah Stadnicar, had never seen anything like it herself.

‘I have worked here for around 10 years now and I’ve never heard of someone finding one in one of our oysters or clamshells,’ she said.

The rare find has also inspired Stadnicar to possibly expand her palate.

‘I’ve never had raw clams or oysters,’ she said, laughing. ‘But since somebody found something I may have to give it a shot.’