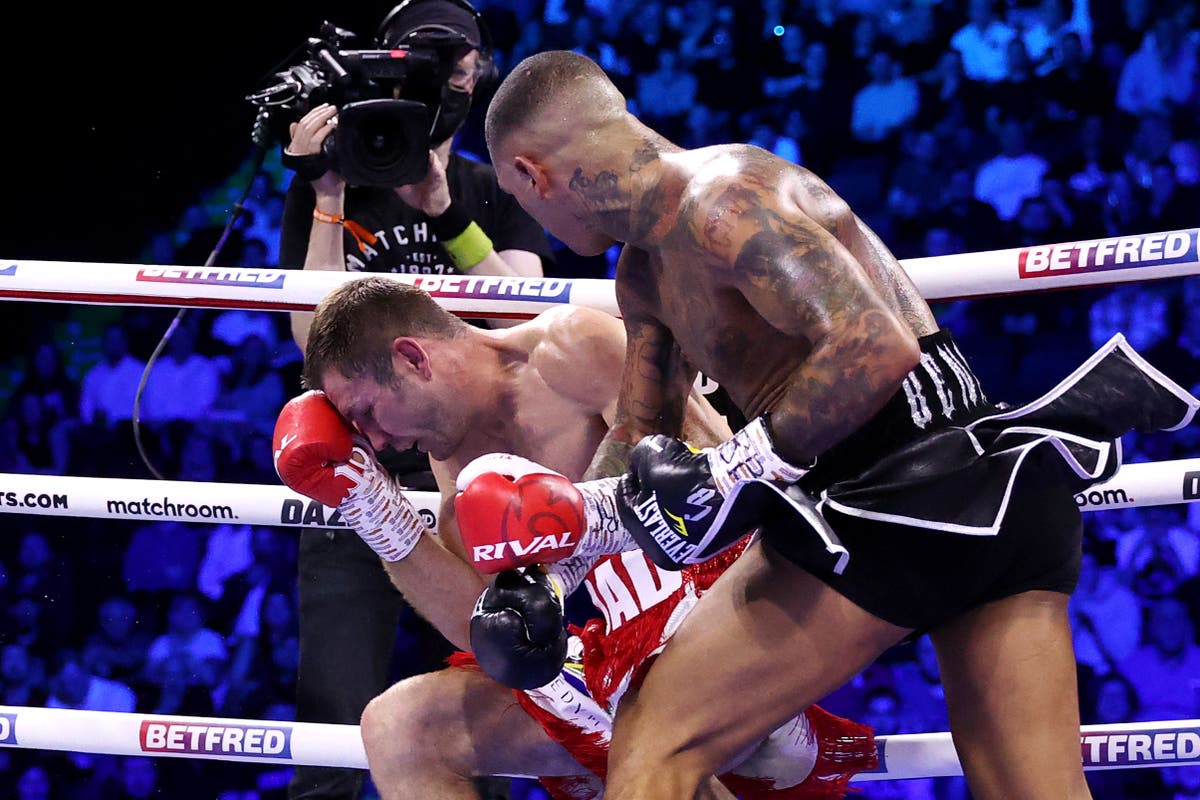 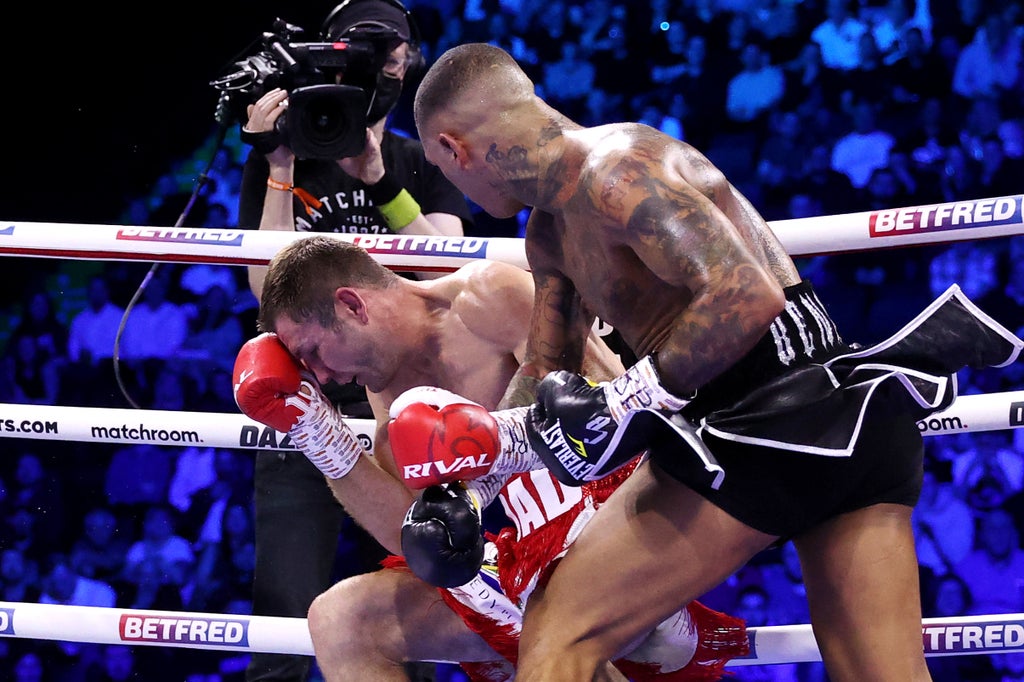 ‘The Destroyer’ moved to 21-0 as a professional with his 14th career stoppage at Manchester’s AO Arena, delivering a typically vicious KO with 59 seconds still remaining in the second round of Saturday’s main event to successfully defend his WBA continental belt.

It was the first time that the undefeated Benn had ever fought a southpaw at the professional level, but it took just one lively opening round for him to get accustomed to the new challenge.

After a competitive first, the 25-year-old unleashed his devastating power early in round two, hurting former IBO world champion Van Heerden with a massive right hand.

Benn then moved in for the inevitable finish, firing off another volley of shots including another bruising right to the temple that sent his South African opponent slumping to the canvas and forced the referee to wave off proceedings with a minute left in the round.

On Saturday’s undercard, Chris Billam-Smith retained the European and Commonwealth cruiserweight titles with a brutal eighth-round stoppage in his eagerly-anticipated rematch against old rival Tommy McCarthy.

Campbell Hatton – son of British boxing great Ricky – notched the seventh straight win of his professional career against Ezequiel Gregores, producing an improved performance that certainly wasn’t without its issues as he fought in front of a hometown crowd for the first time.

There was also a bounce-back victory for Bolton super-middleweight Jack Cullen, who put his shock defeat by Kevin Lele Sadjo behind him as he brushed aside Vladimir Belujsky.

Early on in Manchester, there was a big second-round knockout of Mariano Gudino by talented cruiserweight Jordan Thompson.

Light-heavyweight contender Thomas Hart got past Ben Ridings, while there was a surprise draw between Luke Evans and Miguel Cesario Antin and JJ Metcalf stopped Evgenii Vazem in the fifth round.