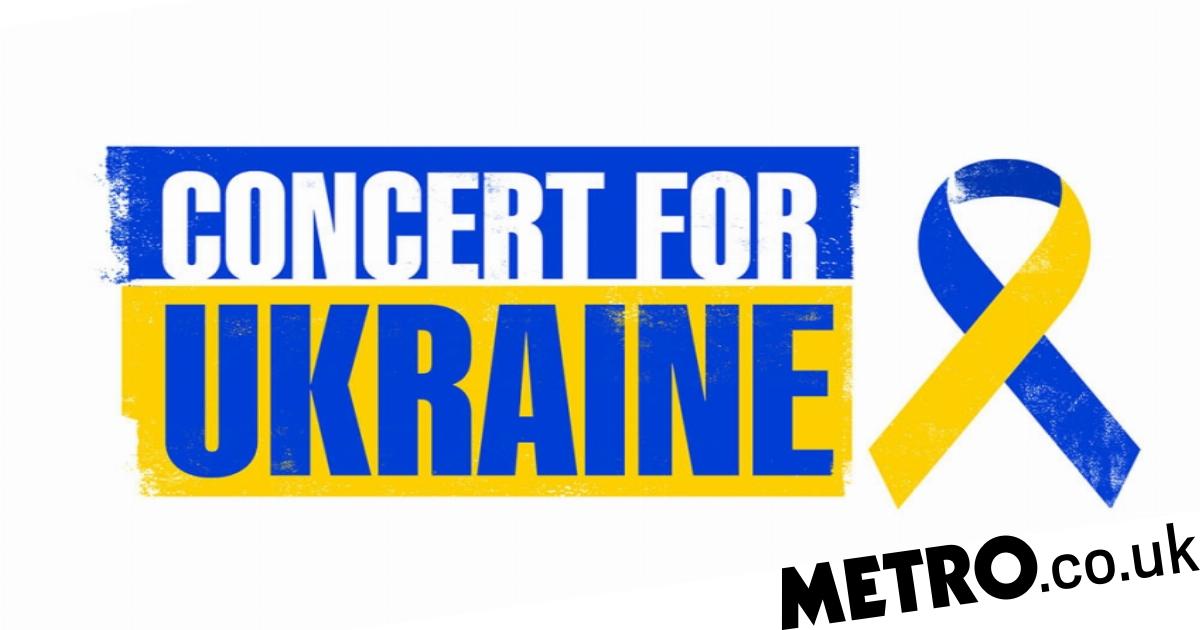 As the war against Ukraine continues, a new fundraising effort to provide food, shelter, medical supplies and support to displaced Ukrainians has been announced.

ITV, along with STV, Livewire Pictures and the Global radio group, are hosting a star-studded gig called Concert for Ukraine – with all proceeds benefitting the Disaster Emergency Committee (DEC) Appeal.

The DEC has raised a whopping £200 million in the first two weeks of the appeal – thanks to donations from people in the UK, across the globe, a £25 million donation match from the UK Government, and undisclosed donations from the Royal Family.

The money raised will go to help the millions of refugees who have been forced to flee their homes, or seek refuge in another country, as a result of the conflict.

But when is the concert, who is performing, and how can you secure tickets?

Here’s everything you need to know.

Who is performing in Concert for Ukraine?

Many world-renowned popstars and musicians will be lending their voices to the Concert for Ukraine.

Ed Sheeran, known for hits such as Bad Habits, Shiver and Shape Of You, will be performing on the night.

Cuban-American popstar Camila Cabello has also pledged to perform, saying in a statement: ‘My heart is breaking for the people of Ukraine. As refugees from Ukraine join millions of other displaced people around the globe, we all have a responsibility.’

Both stars recently collaborated on a new track, entitled Bam Bam, and have just released a music video together.

British singer Emeli Sandé will also sing at Concert for Ukraine. The Next To Me songstress also expressed that she was ‘pleased for the chance to support the DEC’s appeal.’

She added: ‘I will be singing to try to help every human being forced to flee their home and in solidarity with those being racially discriminated against even within this humanitarian crisis.’

British singer-songwriter Tom Odell, known for his hit Another Love, and US jazz singer Gregory Porter are also set to serenade.

In terms of bands, Snow Patrol and The Manic Street Preachers have both been confirmed to appear.

And in a chat with The One Show, Roman revealed further performances are expected from Becky Hill, Nile Rodgers and The Kingdom Choir.

Date and venue for Concert for Ukraine

Concert for Ukraine will take place on Tuesday, March 29 from 9pm until 11pm.

The event will be held at the Resorts World Arena in Birmingham, which is part of the NEC Campus.

How to get tickets for Concert for Ukraine

Tickets go on sale today (March 22) at 12pm – you purchase them from The Ticket Factory.

How to watch Concert for Ukraine on TV

ITV will broadcast Concert for Ukraine live on Tuesday, March 29 from 9pm.

Money made from the programme, through normal ad breaks, will also go directly to the DEC to help Ukraine.

In a press release, the channel confirmed: ‘All sponsorship and advertising revenue generated from the broadcast of the event (primetime across both linear and simulcast), which is expected to raise over £3million, will also be donated by ITV to the DEC appeal.’

STV, a Scottish channel which is part of the ITV network, will also broadcast the concert live.

Finally, Capital and Heart radio stations will be providing radio coverage of the concert.


MORE : Vasiliy Lomachenko turns down historic world title fight to stay in Ukraine and defend his country from Russian invasion