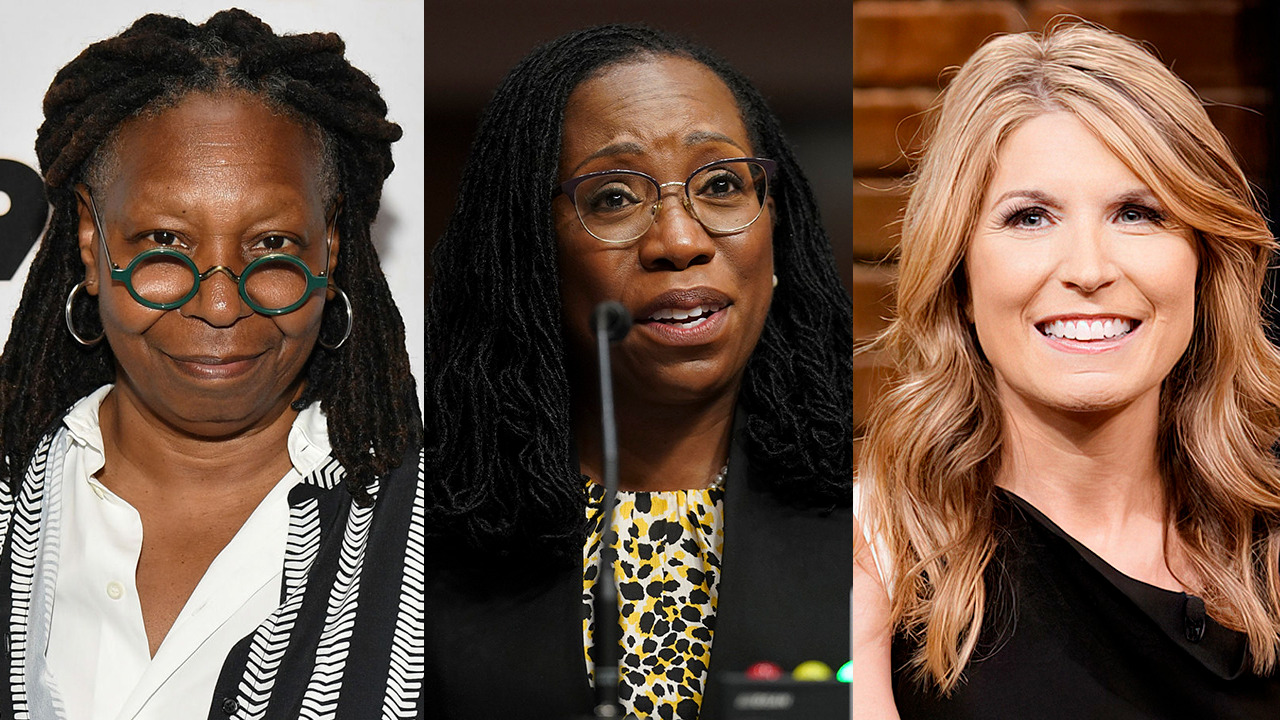 Liberal media outlets, including CNN, MSNBC, ABC and CBS, have resoundingly praised and defended Supreme Court nominee Ketanji Brown Jackson during the lead up to and coverage of her Senate confirmation hearing, all while finding opportunities to lament GOP criticism of her judicial record.

During a Saturday MSNBC segment on Jackson, “The Nation” justice correspondent Elie Mystal asserted Sen. Josh Hawley, R-Mo., was inciting violence when he claimed that the SCOTUS nominee had a history of being soft on child pornography offenders.

“Let’s be very clear. What Josh Hawley is doing when he tries to do this is he’s trying to get her killed. He is trying to get violence done against a Supreme Court nominee,” Mystal said.

On the first day of congressional hearings for Jackson’s appointment, MSNBC host Stephanie Ruhle also called out Hawley for bringing up the nominee’s legal history, claiming he had engaged in “dangerous” rhetoric and a “character assignation of a woman”. The “11th hour” host also emphatically declared the Harvard graduate would be confirmed despite Hawley’s comments.

ABC’s “The View” co-host Whoopi Goldberg had a lot to say about Jackson and the Republican Party in recent days.

On March 18, Goldberg said it was “crazy” that “Republicans like Josh Hawley” were attempting to “derail” Jackson’s path to the Supreme Court. The rest of the panel piled on with Goldberg, making reference to Brett Kavanaugh, Amy Coney Barrett, and suggesting that Jackson was only facing scrutiny because of her race.

“Just based on the people, the last three people they put in. You know, this is a woman who can – who can outshine each and every one of those people,” Goldberg said in response. “Her abilities are outstanding. I mean, she’s outstanding. So, you put in Amy Coney Barrett, you put in the other one, you know, and you’re questioning her?”

Goldberg later insinuated that Jackson was intellectually superior to Republican congressmen and women who attempted to engage with her on legal terminology.

“I hope they all remember their laws when they question her because, you know, she will just be like this with them,” Goldberg said, as she pretended to be Jackson flipping through a notepad and spouting off judicial jargon.

That same day, NBC News anchor Lester Holt asked this question to correspondent Pete Williams: “This nomination does not change, the center of gravity, ideological gravity in the Supreme Court. Will that change, do you think, how Republicans will go after her? Will they hold back and realize this is not the hill maybe they want to die on?”

On ABC, late=night host Jimmy Kimmel offered his own opinion on Jackson’s confirmation hearing during his show’s opening monologue, when he accused Republican lawmakers of turning the proceedings into a “subtle racism jamboree.”

ABC News senior correspondent Terry Moran told “World News Tonight” anchor David Muir that it would be “very difficult” for the GOP to “do a lot of damage” to a candidate like Jackson. Muir also said he was “struck” by the “full-hearted voicing of American patriotism” that Jackson displayed at the beginning of the remarks she gave when President Biden nominated her.

Many other media personalities also heaped praise on Jackson in the days since her nomination.

Back on the subject of Jackson, CBS anchor Norah O’Donnell on Monday asked chief legal correspondent Jan Crawford about possible concerns related to the nominee.

“No, not now, and I don’t see any red flags and I see nothing that’s going to come up based on people I’ve talked to or interviews that I’ve had about her record,” Crawford responded, before hypothesizing “three key areas” Republicans might focus on to show Jackson is a “judicial extremist.”

Following Biden’s nomination of Jackson, MSNBC anchor Nicolle Wallace said that the president’s “worthy effort at diversity” should not act as a “distraction” from Jackson’s “brilliant resume.”

“She’s profoundly equipped for the position,” Wallace added. The same host once referred to Justice Amy Coney Barrett as a “real right-wing lunatic.”

CNN senior legal analyst Lauren Coates also made note of Jackson’s credentials, announcing upon entrance to her segment Monday that it was a “a great day for history to be made.”

“I was texting with one of her closest friends today, and they told me yesterday was very, very emotional, but that they believe that their friend is like an Olympic athlete who has been training for this her whole life,” Alcindor continued on.

“Well, that athlete is about to enter into the hearing room. And if that’s the athlete, she’s been to several prior Olympics, having and faced several confirmation hearings,” “Today” co-host Savannah Guthrie giddily replied.