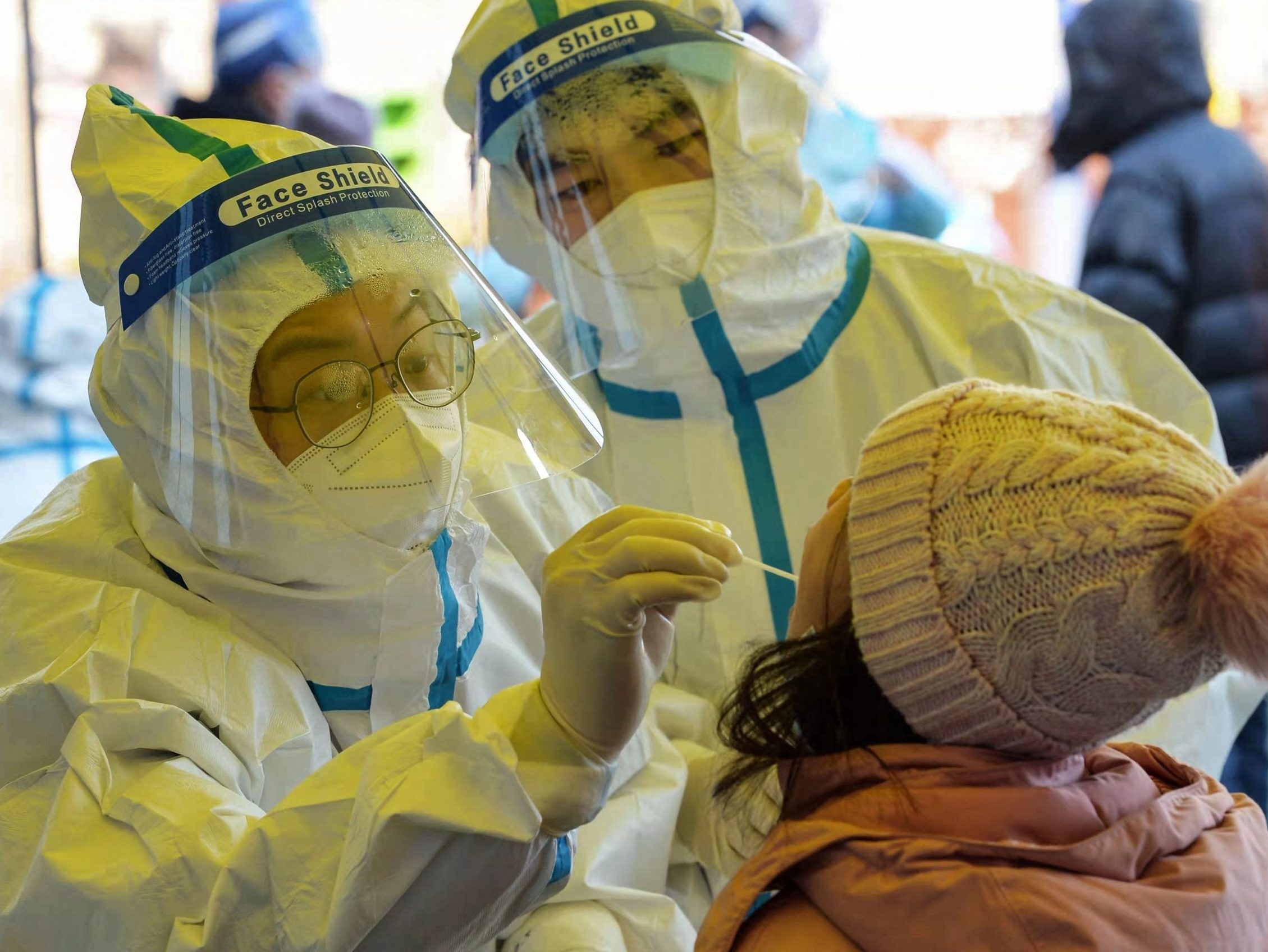 BEIJING — The northern Chinese city of Tianjin reported 40 new confirmed coronavirus cases on Tuesday morning, as it battles an outbreak of the highly infectious Omicron variant that has already been detected in at least two other provinces.

Health officials in Tianjin, a city of 14 million people around 100 km (62 miles) from Beijing, are now implementing tough new controls to stop the coronavirus from spreading further. The outbreak in the city has been linked to cases in the city of Anyang in the central Chinese province of Henan.

The country’s Omicron surge comes just weeks before the Lunar New Year, a peak travel period for millions, and cities across China are already advising people to stay put, especially as Beijing prepares to host the Winter Olympics at the start of next month.

China has already ordered the cancellation of more than two dozen scheduled flights from the United States after numerous passengers tested positive for COVID-19 when they arrived in China.

“Facing Omicron directly, we found the speed of transmission was really quite fast,” said Zhang Ying, an official with Tianjin’s disease control centre, speaking in an interview aired on state television late on Monday.

“Whether it is in terms of virus origin tracing or epidemiological investigations, the Omicron variant has brought along unprecedentedly massive challenges and difficulties,” she said.

Tianjin confirmed its first two cases of Omicron at the weekend, and Zhang said 20 infected people were discovered in the first 24 hours.

The city has imposed travel restrictions and launched a mass testing program to help prevent the variant from spreading.

China reported 192 new confirmed nationwide coronavirus cases for Jan. 10, up from 157 a day earlier. Of the total, 110 were locally transmitted, up from 97 a day earlier, with 10 found in Tianjin.

There were 87 cases in highly populated Henan province, according to a statement by the National Health Commission.

Anyang confirmed on Monday that two of its new cases over the past few days were part of the same Omicron transmission chain as Tianjin. It is unclear how many of the other cases in Henan are Omicron-related.

A separate Omicron infection was reported on Monday in the city of Wuxi in Jiangsu province, about 120 km (75 miles) from Shanghai on China’s eastern coast. The patient had traveled from Australia to Shanghai on Jan. 5 before transferring to Wuxi.

China also reported 50 new asymptomatic cases on Monday, which it classifies separately from confirmed cases, up from 42.