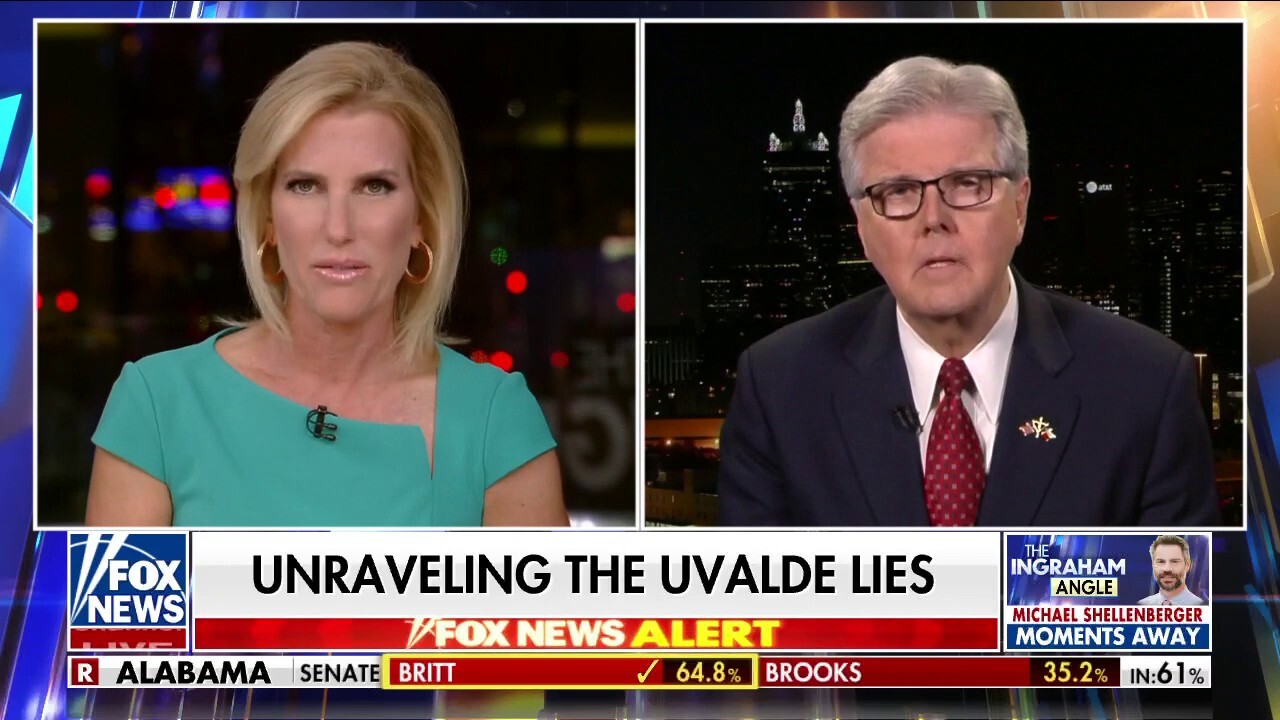 Texas Lt. Gov. Dan Patrick said victims of the Uvalde, Texas, school shooting might have died because responding law enforcement “didn’t get to them soon enough” Tuesday on “The Ingraham Angle.”

LT. GOV. DAN PATRICK: This was an abject failure of policing. And later today, we had various police forces on the Police Association, school police, sheriffs — they all basically apologized for this total failure of police work. But the idea that we learned today that that door was unlocked for that hour — they didn’t need a crowbar.

UVALDE SHOOTING: OFFICERS WITH RIFLES AND A BALLISTIC SHIELD WERE INSIDE SCHOOL FOR 58 MINUTES: REPORT

They didn’t need a key. The video shows they never tried the door, and this police chief who was in charge of the scene — the school police chief… failed in leadership. This is failed leadership. They did not follow the protocol. It’s now clear had they gone right in right away, they probably would have taken down the shooter. There may have been law enforcement hurt.

That is their job, sadly. And now I think we can conclude that there were children who may have died because we didn’t get to them soon enough or teachers. We don’t know that for sure yet, but they should have been in there right away and they didn’t go in and the door was open to go in.

WATCH THE FULL INTERVIEW BELOW:

This article was written by Fox News staff.