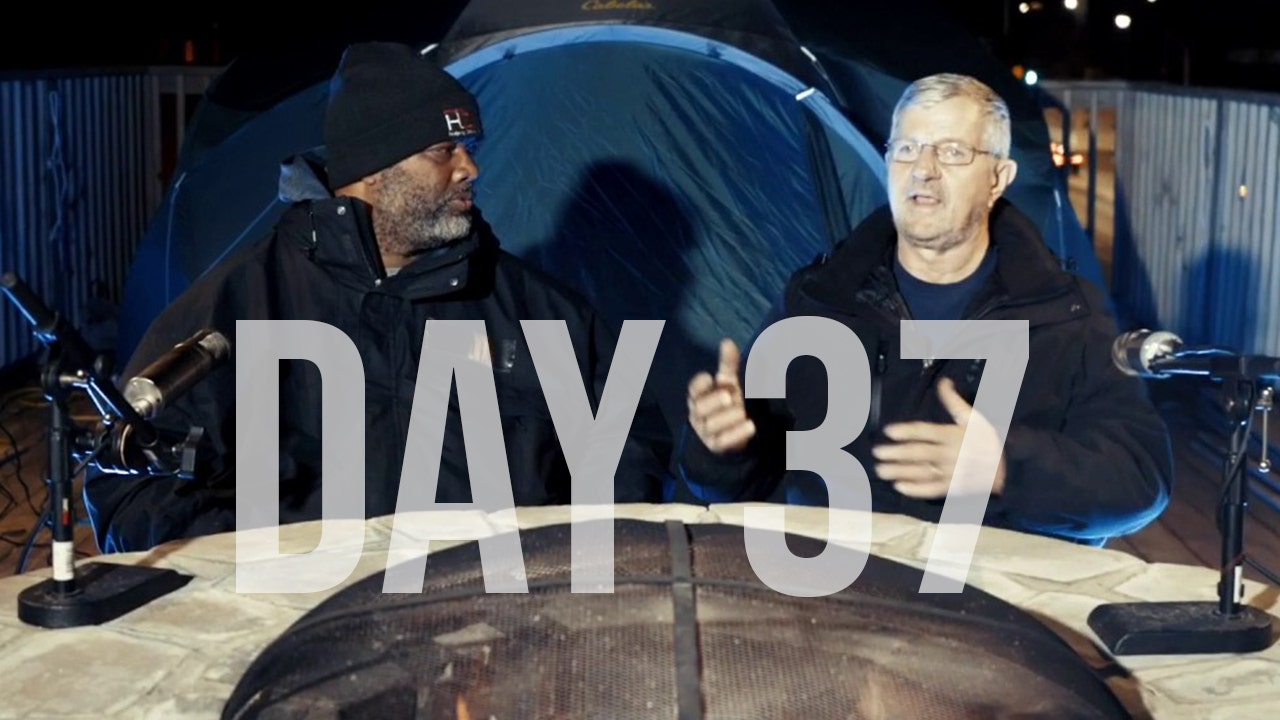 CHICAGO – Pastor Corey Brooks often speaks of “the tipping point,” a phrase that he learned from Malcolm Gladwell’s book by the same name. For the pastor, one must keep pushing an idea or a social trend to where it crosses a certain threshold and tips over, spreading like wildfire. This, in turn, creates a permanent change in society and its culture.

The pastor has yet to reach this tipping point, and that is why he has been holding a 100-day rooftop vigil to raise funds for a building to house Project H.O.O.D., his long-running community center. He has taken the success of his community center as far as he can and knows that he needs help from America to scale up his work to reach that crucial tipping point.

On the 37th day of his vigil, he met with his old friend and partner, Mike Uremovich, president of Manhattan Mechanical Services, who has played a crucial role in Project H.O.O.D.’s success so far. Through their joint efforts, they have created over 150 new construction jobs in the last three and a half years for the women and men living on the impoverished South Side of Chicago.

“I met the pastor about five years ago,” said Uremovich. “There was a huge shortage of craftsmen in the construction industry.” He saw that many of the individuals within the Project H.O.O.D. community were looking for work and, better yet, possessed the desire to find meaningful work that would end the cycle of poverty in their families.

PASTOR BROOKS SPENDS CHRISTMAS ON A CHICAGO ROOFTOP, REMINDS EVERYONE YOU CAN BOUNCE BACK

The pastor worked with Uremovich to create a 10- to 12-week boot camp that would train people no matter what employment or educational background they came from. The training included use of tools, carpentry skills and electrical skills along with a heavy emphasis on safety. Uremovich pointed out that “unlike a government program where they train people but don’t have jobs at the end,” his program lands people jobs.

“I’ve got some young people working for my company that came through this program and now are making $75,000 to $80,000 a year,” said Uremovich. “These opportunities are a great way out of a difficult situation here.

Brooks agreed, “It gives us the chance to take these urban kids out of gangs, out of bad situations, and give them a skill set that will last forever.”

These two men and their organizations have not only created 150 new jobs, but they have also affected countless families, lifting many out of poverty. They have also created positive role models within the community for the youth to look up to.

The only obstacle for these men is limited resources. “That is the reason why we need to build this community center so that we can build up capacity,” said the pastor. “We’ll be able to do greater work.”

Uremovich agreed: “We can be at 150 to 250 jobs a year if we have this center built and put the training facility inside of it.”

That would put the pastor and his community within reach of the tipping point, creating a culture of working-class women and men, and it does not end there. The next generation, standing on the shoulders of these women and men, will have the chance to rise even higher.

Eli Steele is a documentary filmmaker and writer. His latest film is “What Killed Michael Brown?” Twitter: @Hebro_Steele.