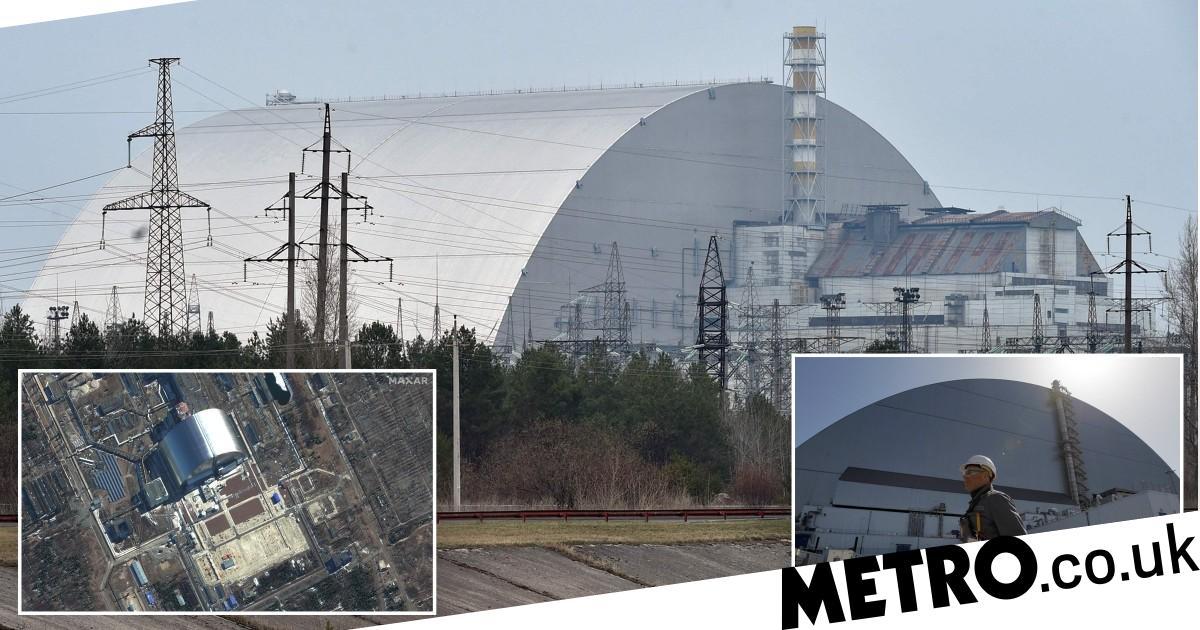 Exhausted workers at the Chernobyl power plant have finally been allowed to go home after four weeks.

The decommissioned plant – the site of the world’s worst nuclear disaster in 1986 – was seized by Russian forces in the first few days of the invasion.

Dozens of staff were captured and made to work non-stop to keep the radioactive waste facilities safe.

The International Atomic Energy Agency (IAEA) repeatedly called for the workers to be allowed to return home and replaced.

After nearly 600 hours trapped inside, the nuclear plant announced 64 people had finally left, including 50 shift workers who were replaced by 46 ‘volunteers’.

‘They were there for far too long. I sincerely hope that remaining staff from this shift can also rotate soon,’ IAEA chief Rafael Grossi said.

‘They had been carrying out their important work tasks under immensely stressful and tiring conditions in the presence of foreign military forces and without proper rest.’

But within a few hours of the new workers beginning their shifts, energy officials said radiation monitors around Chernobyl had stopped working.

Ukraine’s nuclear regulatory agency warned it could mean a ‘significant deterioration’ in the ability to control the spread of radiation.

It is also being impacted by a lack of firefighters to protect the area’s radiation-tainted forests as the weather warms.