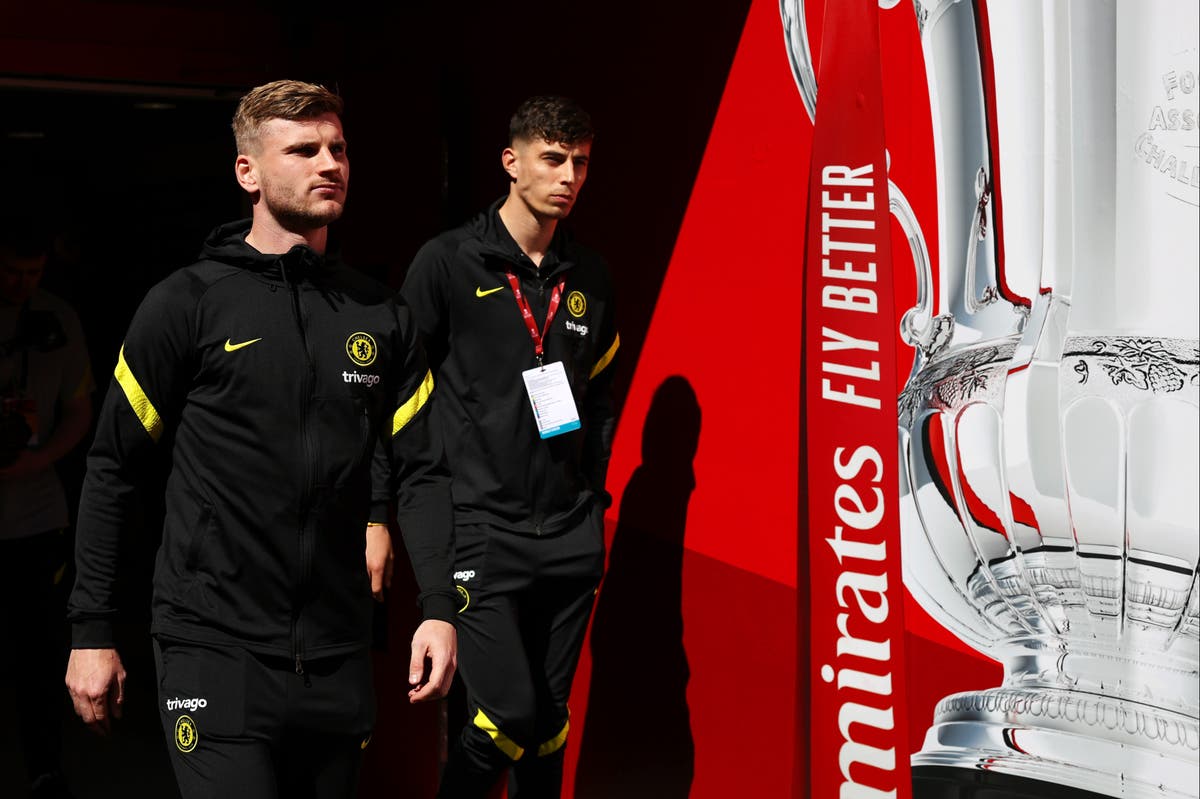 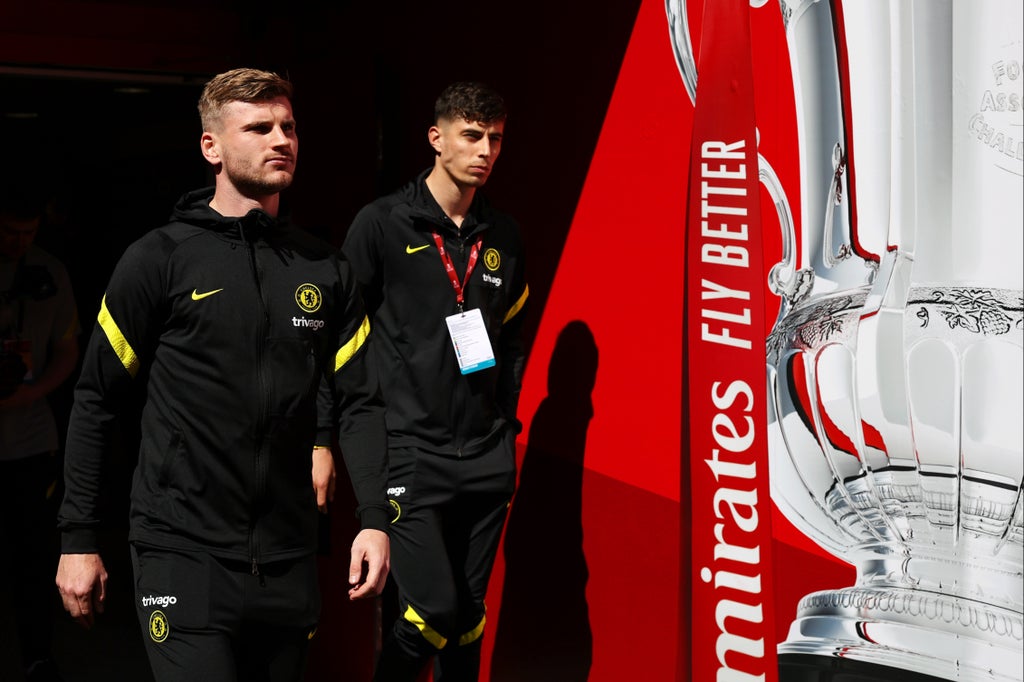 ai Havertz was ruled out of Saturday’s FA Cup final with Liverpool at Wembley after picking up a hamstring problem.

The German international has largely established himself as Thomas Tuchel’s first-choice in attack despite the big-money signing of Romelu Lukaku over the course of the summer.

While the Belgian international has been in form of late – scoring three goals in his last two Premier League outings – Havertz’s importance in finals for Chelsea cannot be understated.

It was he who scored the winner in the Champions League final against Manchester City in Lisbon, while Havertz’s penalty in the dying embers of the Club World Cup final against Palmeiras secured the one trophy that had evaded the club during the Roman Abramovich era.

Lukaku was brought back into the side, playing through middle and flanked by Mason Mount and Christian Pulisic.

In reserve, Tuchel has the likes of Timo Werner and Hakim Ziyech to turn to.