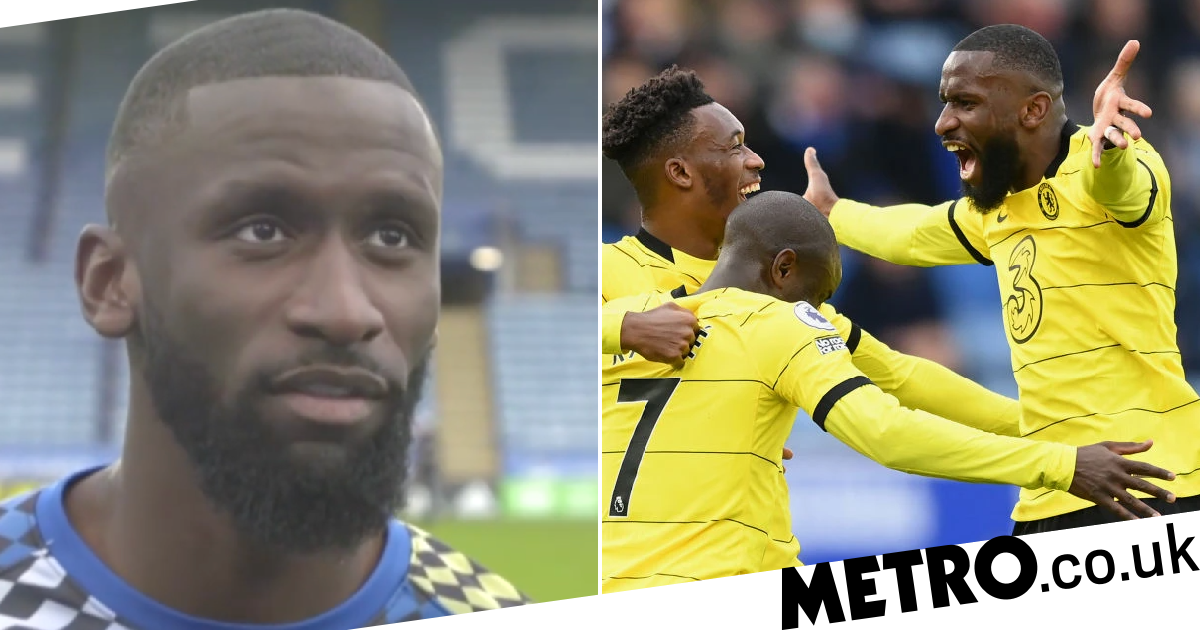 Antonio Rudiger has revealed that he made a promise to his son before Chelsea’s dominant 3-0 Premier League win over Leicester.

Rudiger has been a mainstay for the Blues in the Premier League so far this term, having started 11 of the club’s first 12 top flight matches.

The Germany international gave Chelsea the lead at the King Power with a looping header from a Ben Chilwell corner after peeling away from the goal line into the six-yard box.

Speaking after the win, Rudiger revealed that he promised his son that he would score against the Foxes, before explaining the tactics behind the goal.

‘I felt confident going into this game and I promised my son that I would score, definitely, and I did. It is good and I helped the team, it was a very good performance,’ he said.

‘We analysed them and saw this is a weakness of them, and we capitalised of this. We worked on it and we scored, its good.’

The result extends Chelsea’s lead at the top of the Premier League table to six points, with teams around them having to play later this weekend.

However, the Germany International added that he and his teammates were not bothered by other results.

‘It’s just about us, we have to do our job and that’s what we have to focus us. Teams like Man City and Liverpool. The Premier League is full of surprises, so you just have to focus on yourselves and do your job,’ he said.