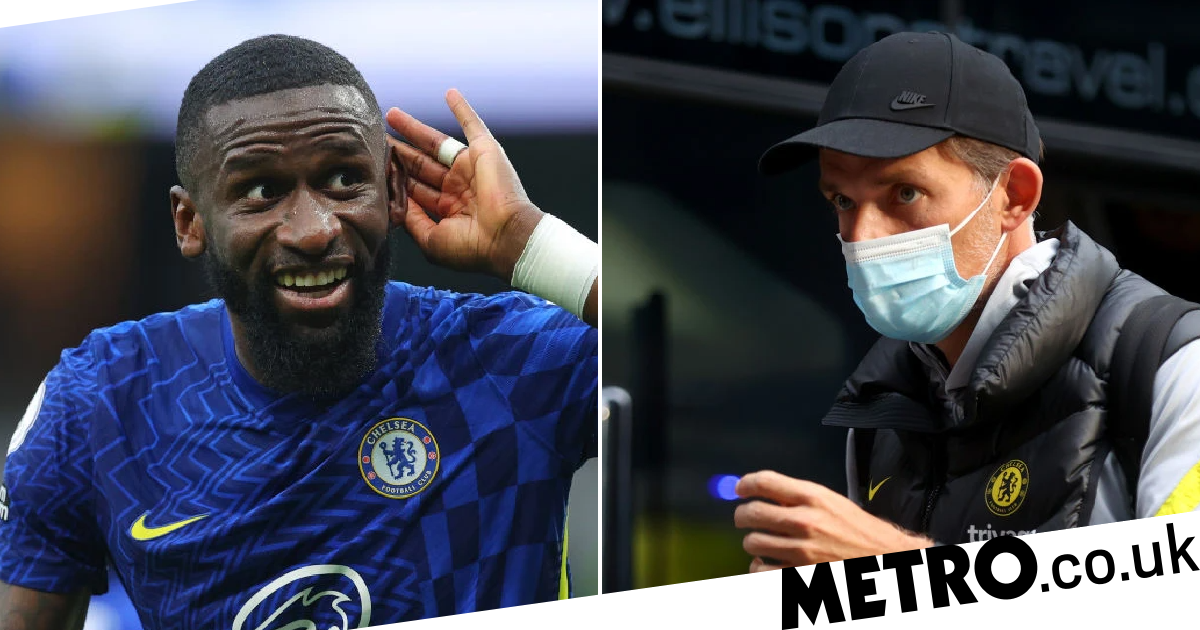 Antonio Rudiger is in talks with two Premier League clubs and European giants Paris Saint-Germain and Juventus as his contract stalemate continues at Chelsea.

Germany international Rudiger is in the final year of his deal at Stamford Bridge but talks over an extension have stalled.

The 28-year-old joined Chelsea in 2017 from Roma and has been a mainstay in the team since Thomas Tuchel replaced Frank Lampard as manager.

Tuchel wants Rudiger to extend his stay in west London but the defender wants to more than double his £100,000-a-week salary, while Chelsea have so far shown a reluctance to go beyond £150,000.

Rudiger will be free to discuss terms and agree a deal with another club come January and has been heavily linked with German champions Bayern Munich and Spanish giants Real Madrid.

But Gianluca di Marzio has named four other clubs that Rudiger could join and says the German is in talks with Chelsea’s Premier League rivals Manchester City and Tottenham, and European outfits PSG and Juventus.

Rudiger has already made 15 appearances for Chelsea this season and helped the Blues thrash Norwich City 7-0 on Saturday.

Discussing his future at Stamford Bridge earlier in the month and the Bayern Munich links, Rudiger said: ‘I feel good at Chelsea where I am now, so that fits.

‘The interest from Bayern Munich honours me because that shows that I’ve done a few things right recently, but I won’t let that distract me.’

Chelsea remain top of the Premier League after smashing Norwich and Tuchel said afterwards: ‘We played a good performance. We were sharp and put in a lot of effort.

‘We pressed high and won many balls, we played with a high rhythm and created a lot of chances. To score seven you also need a bit of luck and momentum, but it was a good effort.

‘This is just one game, the next one follows on Tuesday evening [in the EFL Cup]. The players deserve all the credit, but it’s also only one game.

‘The focus was that we keep the same intensity and we create opportunities. This is what we demanded. You need luck to score and you need the moment. That’s why I’m happy because the intensity was high and the rhythm was high.’