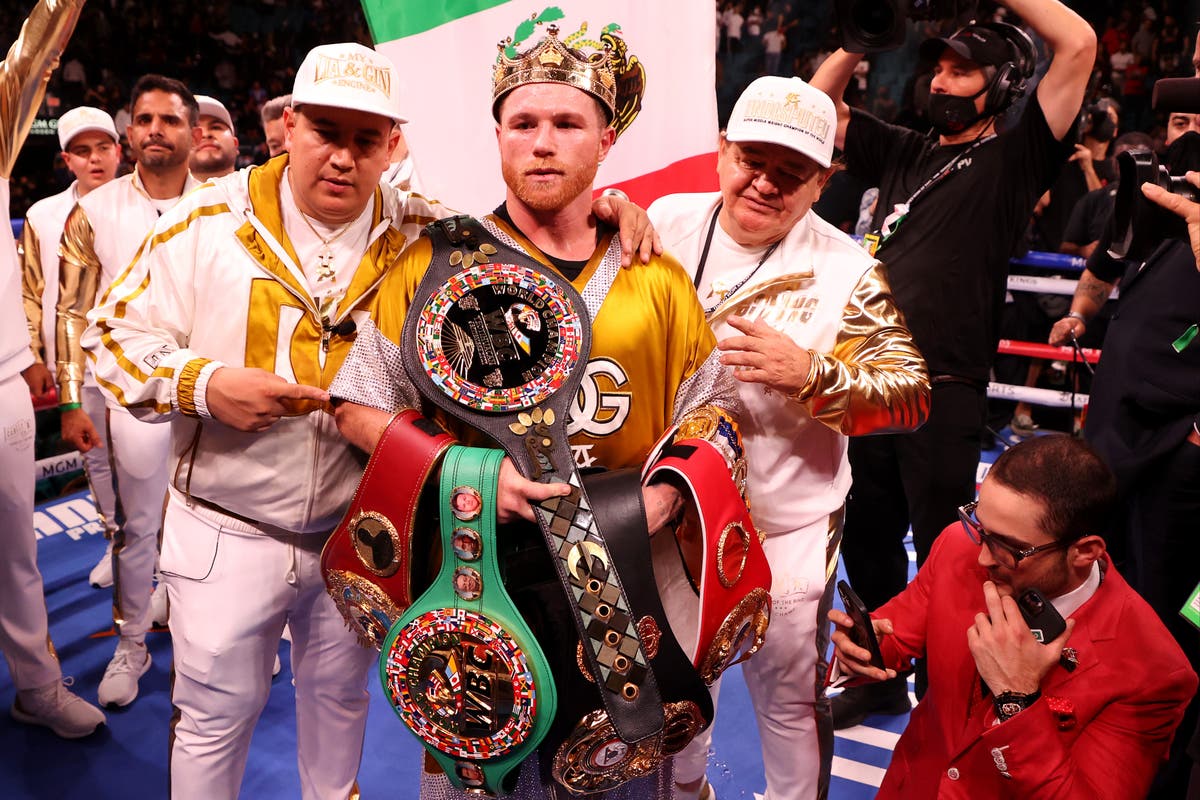 aul ‘Canelo‘ Alvarez became the first undisputed super-middleweight champion of the world with an explosive 11th-round stoppage of Caleb Plant in Las Vegas on Saturday night.

Boxing‘s biggest active superstar and reigning pound-for-pound king successfully defended his WBA, WBC and WBO 168lbs titles at the iconic MGM Grand Garden Arena and also captured the IBF strap held by Plant since 2019 to become just the sixth male fighter to concurrently hold all four major sanctioning body belts in the same division since the introduction of the WBO in 1988.

It is the latest major landmark in a remarkable, glittering career for Canelo, who has held world titles at four different weights from light-middle through to light-heavy.

Saturday’s win is the 57th for the Mexican, who turned professional at the age of just 15 back in 2005. The loss to the great Floyd Mayweather back in 2013 remains his only defeat.

His clever movement, tactics and jab made it an awkward and oft-frustrating night for Canelo, who was some way short of his magnificent best, but he could not quite keep it up for the full fight and paid the price for a drop in concentration in the penultimate round, first knocked down by a crushing left hook and right uppercut.

Though Plant was able to get to his feet, he still had two minutes until the bell on notably unsteady legs and the relentless Canelo did not miss his chance to force the stoppage, raining down thudding blows with both hands as Plant was left hunched against the ropes and then hit the canvas for the second and final time.

On the undercard, two-time super-middleweight world champion Anthony Dirrell produced one of the most perfect uppercuts you are ever likely to see as he stopped Marcos Hernandez at the start of round four.

The big-punching Elvis Rodriguez inflicted the first defeat of Juan Pablo Romero’s career with a vicious fifth-round stoppage in an entertaining super-lightweight tussle to kick off the main card.

In the early prelims, Jose Antonio Meza bounced back from an early knockdown to upset Jose Gomez in a tight decision win, while 2016 Olympian Joselito Velazquez eased past Gilberto Mendoza and 36-year-old two-time Cuban world champion Rances Barthelemy stopped Gustavo David Vittori in round two of a one-sided bout.

There was also a surprise stoppage as Fernando Diaz overcame Jan Salvatierra.