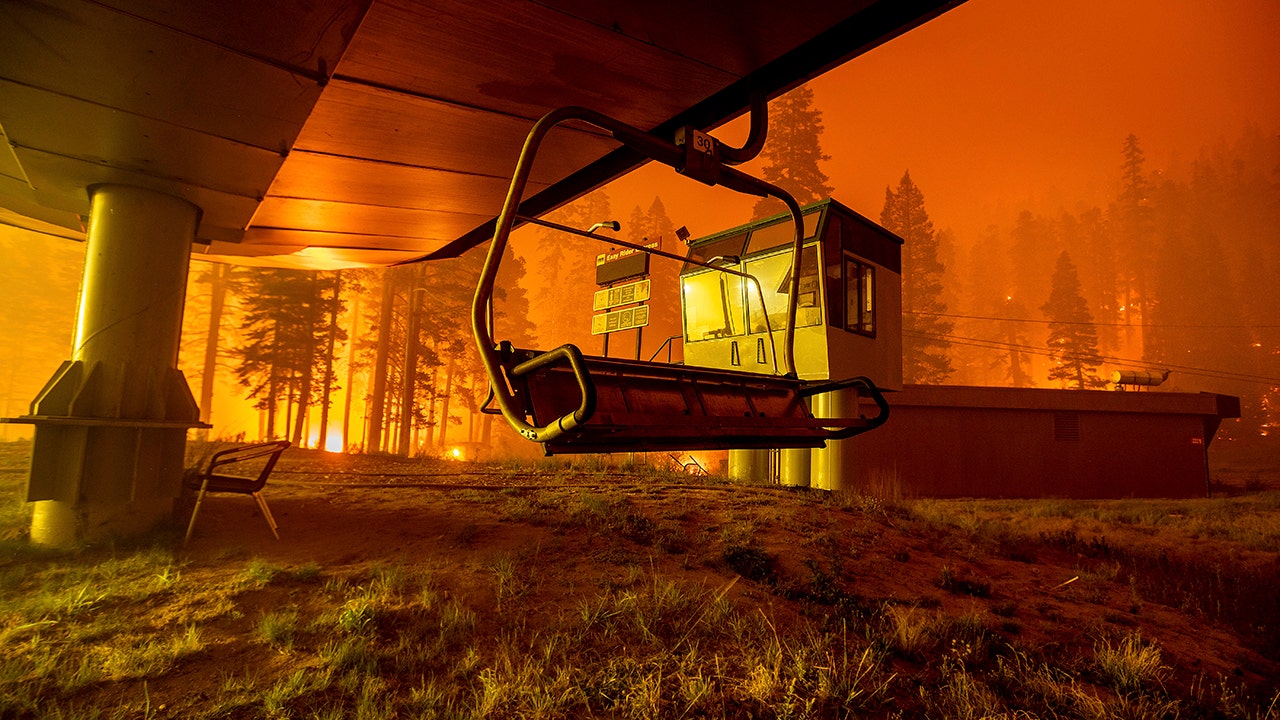 A father and son were arrested Wednesday on suspicion of starting a massive California wildfire that destroyed many homes and forced tens of thousands of people to flee Lake Tahoe communities earlier this year, authorities said.

Mark Reichel, the attorney for both men, said they were arrested Wednesday afternoon and that reckless arson means starting a blaze by accident but “to such a degree that it was considered reckless.”

Authorities allege they caused homes to burn and people to be seriously injured in the fire that began in August. The Caldor fire scorched more than 346 square miles from east of Sacramento to the Nevada border, threatening ski resorts and other prominent recreational areas.

The fire destroyed more than 1,000 homes and other buildings while crossing a mostly remote forested area of seasonal cabins.

The fire crossed through three northern counties, destroyed much of the small community of Grizzly Flats and forced tens of thousands of people to evacuate the resort town of South Lake Tahoe before it was contained in October. Five people were injured.

It was one of two massive fires last summer that for the first time in modern history crossed the Sierra Nevada range.

Reichel, the men’s lawyer, said: “They are absolutely 100% innocent.”

Reichel said he did not know details of the accusation, such as how authorities allege the fire was set.

He said Travis Smith is an electrician and was with his father near where the fire started. The son called 911 to report seeing flames, Reichel said.

The son made several 911 calls because the calls kept dropping in the rugged area, and both men also warned campers about the fire, Reichel said.

“Neither one has ever been in trouble with the law in their life. They’re very law-abiding people,” he said.

The pair have a scheduled court appearance on Friday, Reichel said.

“There has been no evidence submitted into a court subject to my cross-examination … that proves any of the prosecution’s evidence yet. So I urge everyone to wait and hear what really happened before they form any opinions,” Reichel added.

The district attorney’s office said the case was developed with the U.S. Forest Service, California’s firefighting agency and the California Department of Justice, with help from the Sacramento County District Attorney’s crime lab.