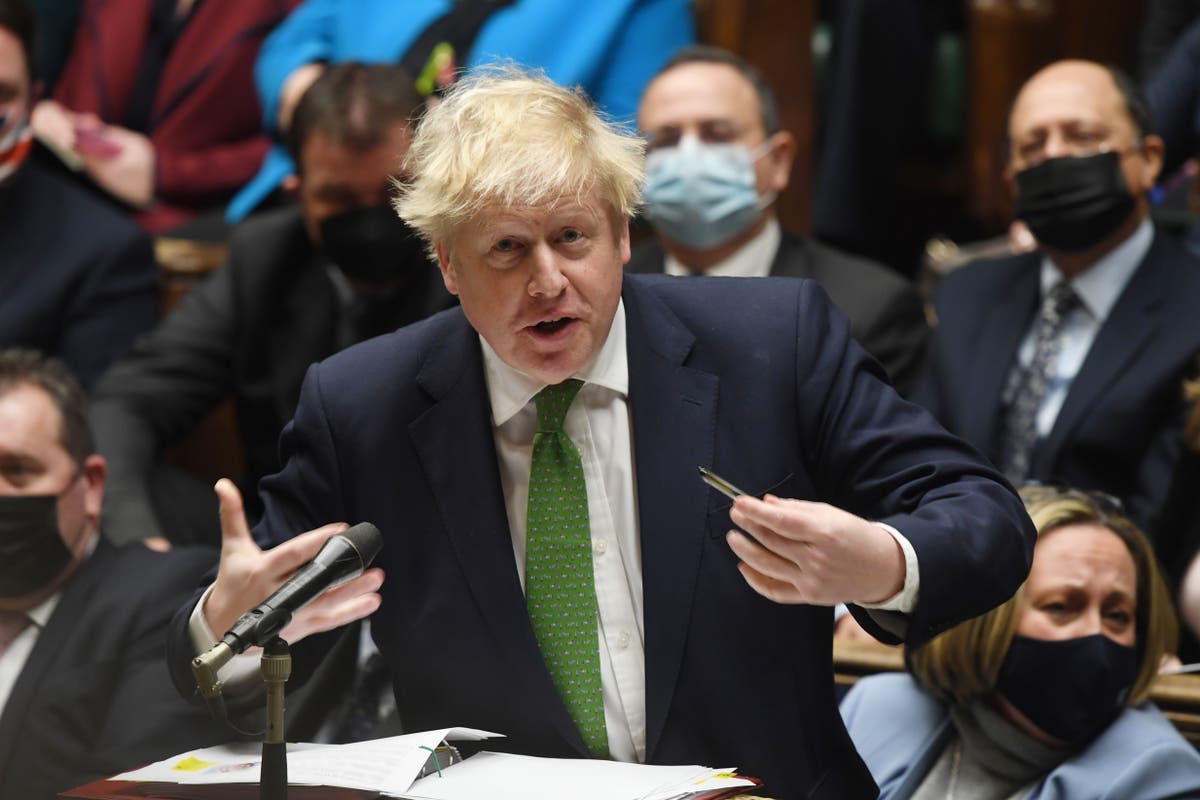 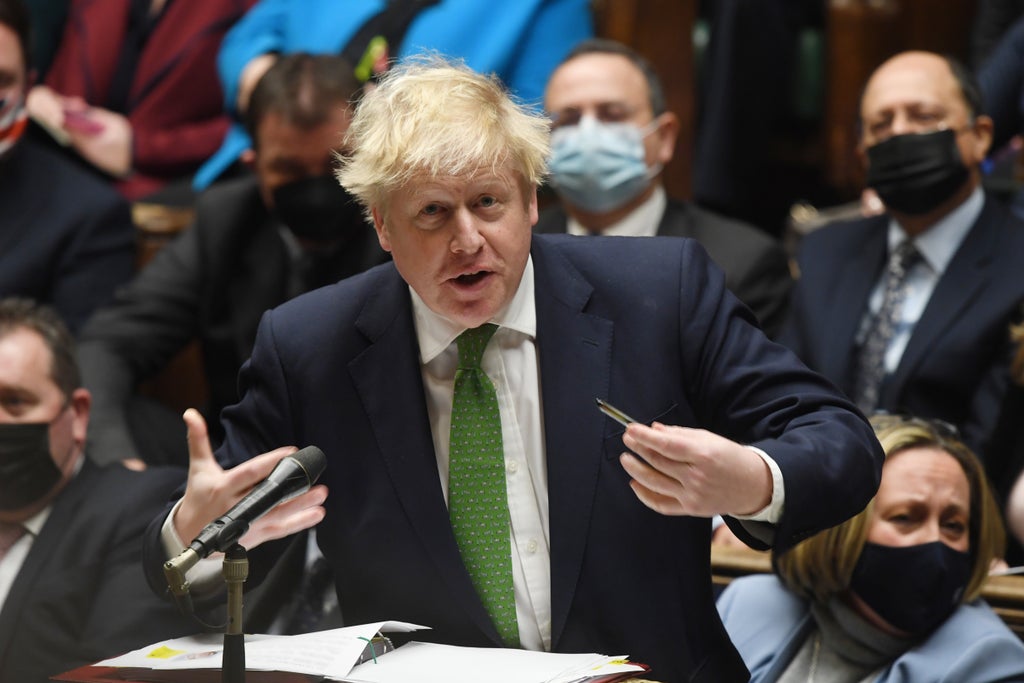 oris Johnson has vowed not to resign if a group of rebel Tory MPs force a vote of no confidence in his premiership over the partygate scandal.

The prime minister is expected to defy calls to quit despite senior Tory and former cabinet minister David Davis on Wednesday telling him in the Commons: “In the name of God, go”.

Mr Davis’ intervention came on a dramatic day in Westminster as red wall MP Christan Wakeford crossed the floor to join the Labour party, citing Mr Johnson’s handling of the partygate scandal as one of the reasons for his defection.

His move was announced just minutes before a session of Prime Minister’s Questions, with the timing calculated to cause maximum damage to Mr Johnson.

Downing Street said Mr Johnson would fight a confidence vote, insisting he was “the right man for the job”.

Allies of Mr Johnson on Wednesday night claimed Mr Wakeford’s defection had dented the rebels’ chances of reaching the threshold of 54 letters required to trigger a confidence vote.

The mood in the Tory camp seems noticeably more upbeat than yesterday morning, with another cabinet minister rallying behind the PM.

Sajid Javid, the health secretary, said Boris Johnson is “safe” in his job.

He told BBC Breakfast: “At the same time, people are right to be angered and pained about what they have seen and they have heard. I share that anger and pain.

“I think it is right that there is a proper investigation going on that will establish the facts and that the Prime Minister will come back to Parliament and properly respond.”

A Tory MP has claimed that Christian Wakeford’s defection as “calmed nerves” in the Conservative party.

It follows reports that many rebel MPs are withholding letters of no confidence from 1922 Committee chair Sir Graham Brady following Mr Wakeford’s defection.

“I think people have recognised that actually this constant navel gazing and internal debating is only to the advantage of our political opponents.

“The Prime Minister is probably thanking Christian for what he did because it’s made a lot of people think again, think twice.”

The Tory grandee and former Brexit Secretary told the Prime Minister “in the name of God go” in a dramatic intervention during PMQs yesterday.

In an interview on Sky News this morning Mr Javid said: “It is damaging, of course it is, if you said to me would I rather he didn’t get up, an elder statesman didn’t get up and say something like that, of course I wouldn’t.

“That’s a decision he’s made.”

The Cabinet Minister added that Mr Johnson had his complete support.

Labour has left behind its far-left days under Jeremy Corbyn and now has a “totally different mentality” towards business and the economy, the shadow chancellor has declared.

Rachel Reeves vowed a Labour government led by Sir Keir Starmer would be profoundly “pro-business” and committed to fiscal discipline.

She told the Financial Times: “It doesn’t sound totally preposterous that Labour could be in government some time quite soon.”

However, Ms Reeves acknowledged Sir Keir’s Labour had a great deal of work to do to regain voters’ trust after a humiliating defeat in the 2019 election.

She said: “Labour is a pro-worker party but we’re a pro-business party too, and very proudly so.”

Recap: This week in Westminster

We’ll have all the latest news following a dramatic day in Westminster yesterday. Here is a quick rundown of what happened:

– Former Conservative MP for Bury South Christian Wakeford crossed the floor to join the Labour party, citing Boris Johnson’s “disgraceful” behaviour during the partygate scandal as a reason for leaving

– Senior Tory and former cabinet minister David Davis called on the prime minister to resign, telling him: “In the name of God, go!” He was referencing Leo Amery’s speech to then PM Neville Chamberlain in the Commons in 1940.

– Mr Wakeford’s defection was opposed by swathes of the Labour party, with both Momentum and Young Labour pointing out his voting record in office and criticism of left wing policies

– Mr Johnson’s press secretary said he would have further meetings with MPs as he attempted to shore up support on his back benches. Rebel MPs are not currently thought to be close to meeting the threshold of 54 letters

– All Plan B coronavirus restrictions were lifted in England, with work from home guidance scrapped immediately and vaccine certification shelved from next week. Mr Johnson suggested the mandatory self-isolation requirement after a positive test could soon be axed