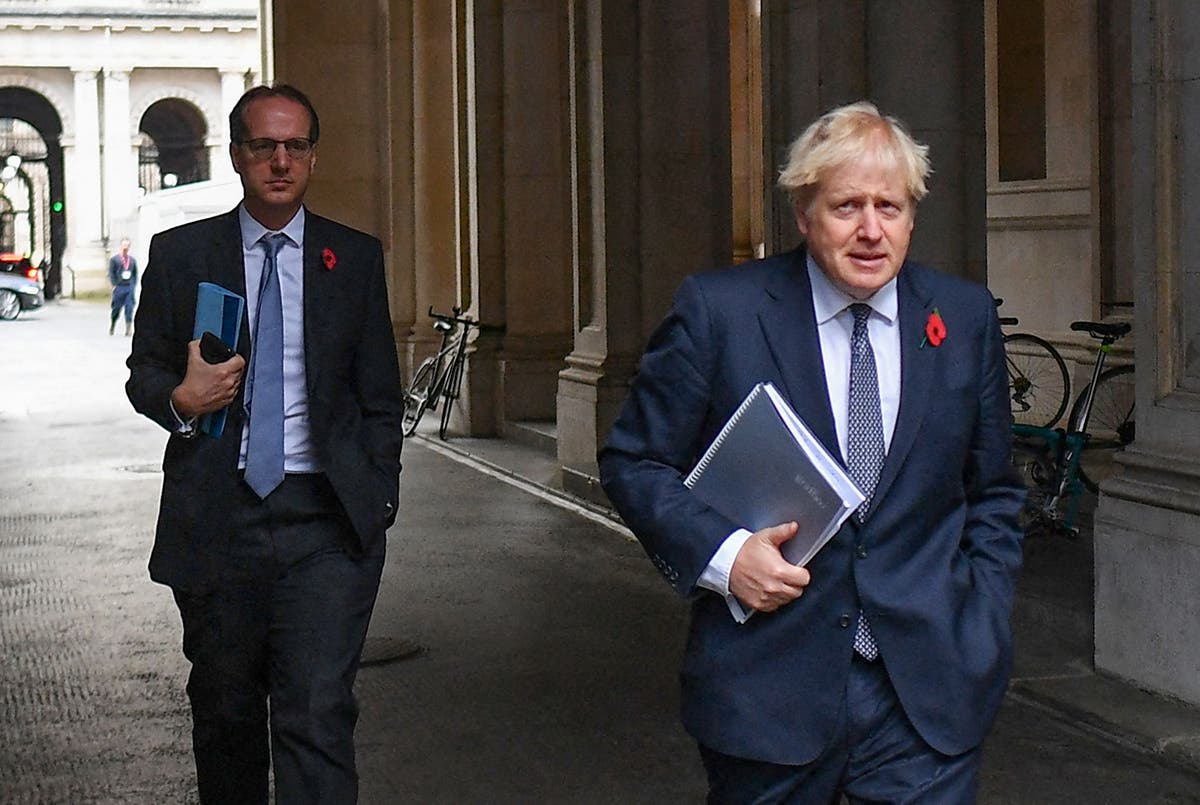 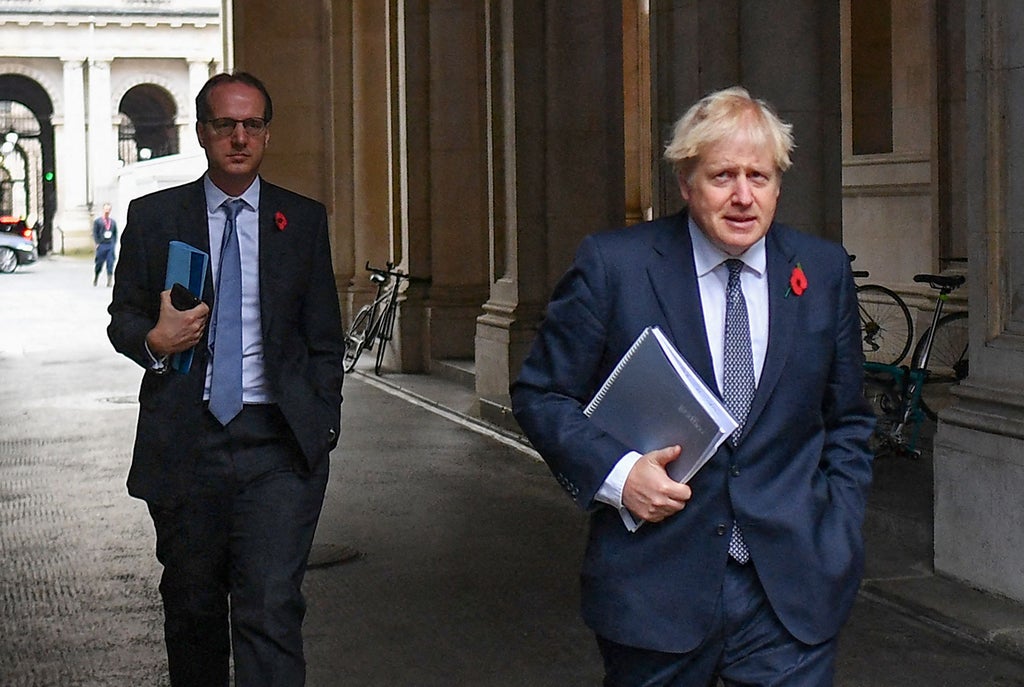 The Prime Minister’s Principal Private Secretary Martin Reynolds sent the invitation email which has since been leaked to the news organisation.

Mr Johnson and his then fiancee Carrie Symonds are reported to have been at the party, with around 40 other people.

Lord Barwell, former chief-of-staff to Theresa May when she was PM and ex-MP for Croydon Central, tweeted: “Let me put this politely: it is not *entirely clear* why the Prime Minister needs to wait for Sue Gray’s report to find out if he went to a party in his own garden.”

The revelations about the party by ITV News sparked a backlash of anger and mockery among the public and Tories.

Former Tory Scottish leader Baroness Davidson warned that the Government line to put off answers to the No10 party storm until Ms Gray reports could not hold.

She tweeted: “This line won’t survive 48 hrs. Nobody needs an official to tell them if they were at a boozy shindig in their own garden. People are (rightly) furious. They sacrificed so much – visiting sick or grieving relatives, funerals. What tf were any of these people thinking?”

Former Tory Cabinet minister David Gauke messaged on Monday night: “Whoever is the Minister doing tomorrow’s early media round must be hoping they’ll spend the whole morning stuck in a lift.”

At the time of the “party”, Cabinet ministers were warning people they could only meet one other person outside their household in public outdoors.

Late Monday night, a Scotland Yard spokesperson said the Met Police was in contact with the Cabinet Office over the reports.

A spokesperson said: “The Metropolitan Police Service is aware of widespread reporting relating to alleged breaches of the Health Protection Regulations at Downing Street on May 20 2020 and is in contact with the Cabinet Office.”

No 10 said it would not comment on the allegations while Sue Gray, a senior civil servant, carries out her inquiry into numerous allegations of rule-breaking events being held in Downing Street during the coronavirus pandemic.

Labour stepped up its attack on Mr Johnson over the parties, publishing a list of the 11 occasions when it says the Prime Minister misled MPs and the public over alleged lockdown busting gatherings at Downing Street.

Angela Rayner MP, Deputy Leader of the Labour Party and Shadow Chancellor of the Duchy of Lancaster, said: “The series of revelations about parties and other events at Downing Street have made a mockery of all who diligently followed the rules – often at great personal cost.

“Boris Johnson repeatedly claimed that no rules were broken in Number 10 but the truth is out. He misled the public and misled the House.

“Of course it’s right there’s an inquiry but we shouldn’t need that for the Prime Minister to tell the truth.

“Boris Johnson should come to the House of Commons today and finally come clean.”

Mr Miliband told BBC Radio 4’s Today programme: “The reason this is so damning is because it was an organised party, no ifs and no buts, because it was clearly the most flagrant violation of the rules.

“It was on the day that the cabinet minister Oliver Dowden said we were only allowed to meet one person outdoors, those were the rules in place. And, crucially, Number 10 has not denied that the Prime Minister was at the party.

“Now, it’s all very well that we are having Sue Gray’s inquiry, but the Prime Minister cannot run and he cannot hide. He’s got to answer. If I went to a party, I know I went to the party. He’s got to explain – was he at the party?

“How can he possibly justify all of the things he said in the House of Commons – that no rules were broken, that he did nothing wrong? He is going to have to answer.”