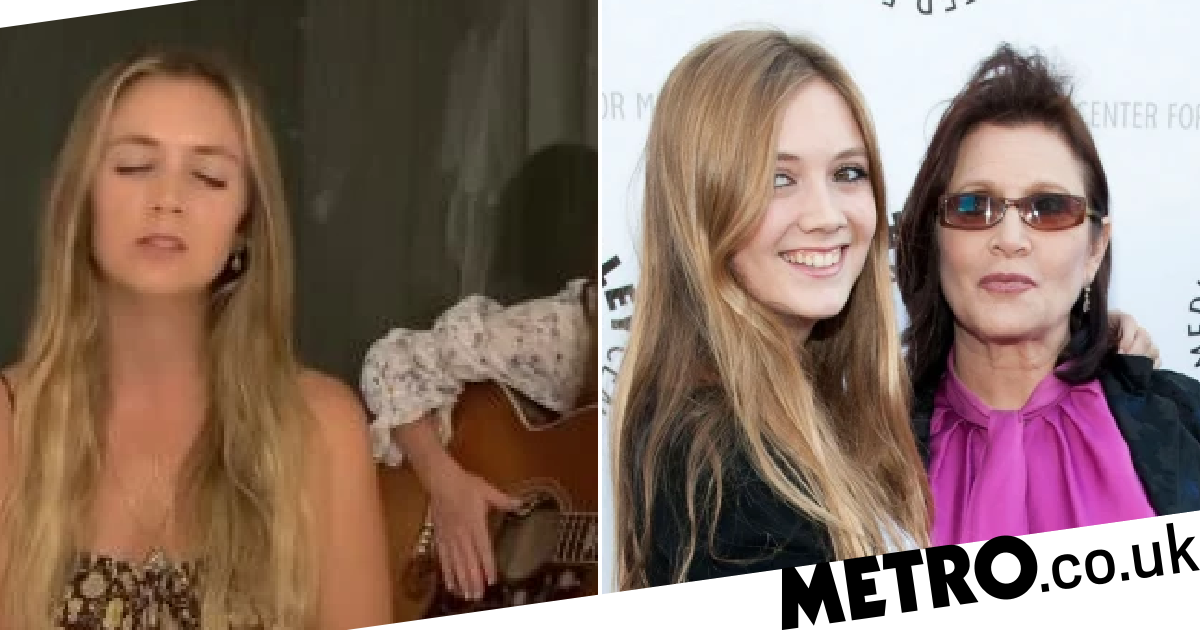 Billie Lourd has paid tribute to her late mother Carrie Fisher on the fifth anniversary of her death by singing a Fleetwood Mac track they both ‘loved to sing’.

Princess Leia star Fisher died aged 60 in 2016, days after falling ill on a flight from London to Los Angeles.

After sharing a throwback picture of her mum and candidly opening up about her grief, Billie shared a clip of herself singing Landslide sat on the edge of the bath.

‘We loved to sing,’ she penned. ‘We loved Fleetwood Mac. We loved this song. It echoed in our living room throughout my childhood, playing slightly too loudly as she scribbled her marvelous manic musings on yellow legal pads (google them if you don’t know them – they’re the iPads of the past and are still pretty damn hip if you ask me).

‘I’m working away from home right now and one night when I was having a particularly grief-y moment this song came on and the lyrics spoke (well actually sang) to me more than they ever had before.’

Billie continued: ‘I didn’t know who to be or what to do after my mom died. I was afraid of changing because I had built my life around her. Then she was gone. And I had to rebuild my life without her.

‘And it wasn’t (and still isn’t) easy. But time has made me bolder. I never stop missing her but I have gotten stronger with each passing year.’

Billie concluded her post by sending her strength to anyone in the ‘#griefgang’ who needs it.

Last September, Billie announced she had become a mother for the first time, three months after confirming she was engaged to Austen Rydell.