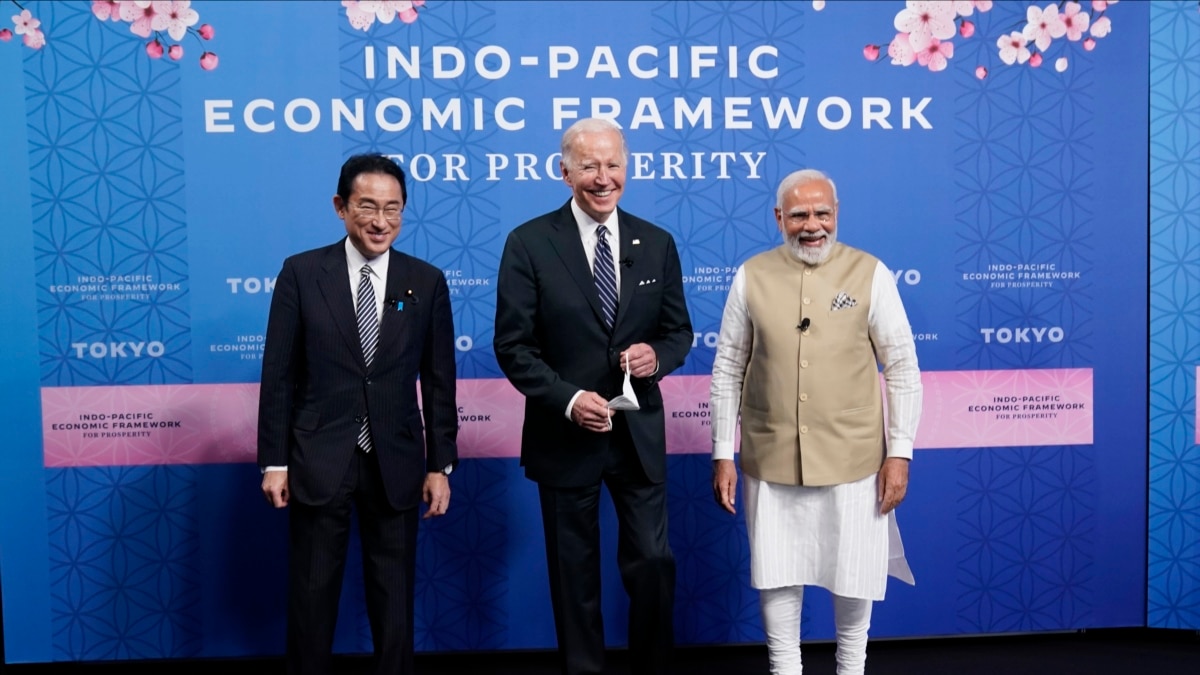 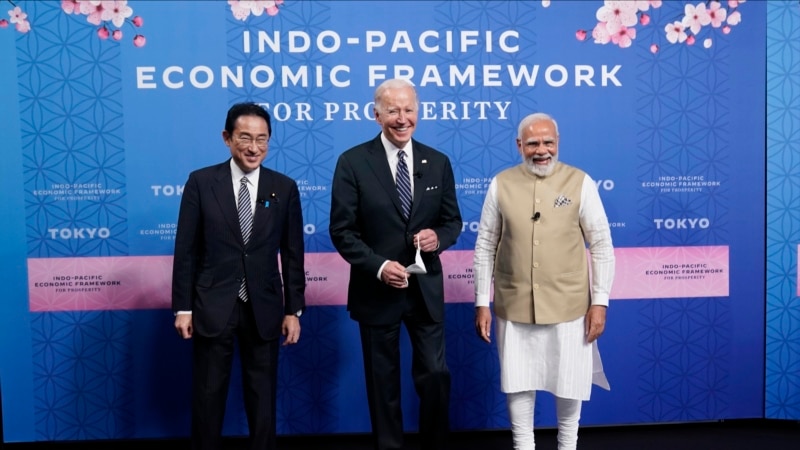 U.S. President Joe Biden announced on Monday the launch of the Indo-Pacific Economic Framework (IPEF), which includes a dozen Indo-Pacific countries and is designed to provide a counterweight against Chinese economic clout in the region.

“The future of the 21st Century economy is going to largely be written in the Indo-Pacific — in our region,” Biden said during IPEF’s launch event. “We’re writing the new rules.”

The countries joining the launch are Australia, Brunei, India, Indonesia, Japan, South Korea, Malaysia, New Zealand, the Philippines, Singapore, Thailand and Vietnam. Biden was joined in person by Japanese Prime Minister Fumio Kishida and Indian Prime Minister Narendra Modi at the launch event in Tokyo, and virtually by the others.

IPEF is seen as a key step in the U.S. effort to re-engage Indo-Pacific nations on trade more than five years after the U.S. withdrew from a regional comprehensive trade pact, the Trans-Pacific Partnership known as TPP.

“The Indo-Pacific Economic Framework is part of President Biden’s commitment to putting American families and workers in the center of economic and foreign policy, while strengthening our ties with allies and partners for the purpose of increasing shared prosperity and for the purpose of defining the coming decades for technological innovation in the global economy,” U.S. National Security Advisor Jake Sullivan told reporters Sunday.

The group represents 40% of the world GDP, Sullivan said, adding that other countries could join in the future.

There are no market access or tariff reduction provisions in the framework, as there are in previous free trade agreements — trade incentives that countries in the region desire. Even as Japan said it welcomes IPEF, it is signaling that it wants more.

“Japan welcomes the launch of the Indo-Pacific economic framework, IPEF, by President Biden and will participate and cooperate in this initiative,” said Kishida in his joint press conference with Biden earlier Monday. “Regarding the TPP, we are truly hoping for a return of the United States.”

Former President Barack Obama in 2016 signed on to the Trans-Pacific Partnership (TPP). Former President Donald Trump withdrew from it a year later and the deal eventually became CPTPP — an 11-country bloc that now constitutes one of the largest free-trade areas in the world.

IPEF is centered around four “pillars” — Connected Economy, Resilient Economy, Clean Economy, and Fair Economy. Signees can pick and choose among the four. The design, Sullivan said, has “flexibility” and “creativity” to accommodate the “diverse range of countries.”

Administration officials are touting the initiative as “the most significant international economic engagement that the United States has ever had in this region.” Its launch “marks an important turning point in restoring U.S. economic leadership in the region and presenting Indo-Pacific countries alternatives to China’s approach to these critical issues,” Secretary of Commerce Gina Raimondo told reporters.

However, beyond the brief fact sheet released by the White House, much is still unknown about the initiative that represents the economic leg of Washington’s broader Indo-Pacific Strategy.

Deborah Elms, the founder and executive director of the Asian Trade Centre and the president of the Asia Business Trade Association said IPEF “represents a leap into the unknown, with limited understanding of how any new IPEF commitments might interact with existing pledges.”

“More important for many current governments is what is the level of commitment required of members? How many changes might be required at the domestic level? In exchange for what types of possible economic benefits?” Elms told VOA.

Administration officials say more will be revealed as countries engage deeper in negotiations.

Taiwan is not part of the initial launch, despite the fact that Taipei is interested and its inclusion is supported by a bipartisan group of 52 U.S. senators.

The IPEF launch document “was quite clear in referencing threats from China,” Elms said. “If you add Taiwan to the list of IPEF participants, it could be even harder to hold onto current signatories for the IPEF. China is the largest economic partner for all the members taking part in IPEF.”

U.S. Trade Representative Katherine Tai said she is in discussion with her Taipei counterpart to pursue a deeper bilateral engagement on trade.

“I have committed that our teams be in touch and that we’ll be in touch in the next couple of weeks,” she told reporters. “So, please stay tuned for that.”

Ahead of the IPEF launch, Beijing criticized the U.S. effort, with Chinese Foreign Minister Wang Yi saying the strategy is “doomed to fail.”

The biggest criticism of the IPEF is its lack of tariff reduction or other provisions leading to opening access to the U.S. market — making it less attractive in a region that has existing regional free trade agreements such as the Comprehensive and Progressive Agreement for Trans-Pacific Partnership (CPTPP) and the Regional Comprehensive Economic Partnership (RCEP).

“You’re right — it is not a traditional free trade agreement,” Sullivan told VOA. “And that’s a good thing. It is a modern negotiation designed to deal with modern challenges.”

Jake Colvin, president of the National Foreign Trade Council, told VOA that while the IPEF is not a comprehensive trade deal, there is the potential for real economic gains.

“In particular, IPEF’s trade dialogue presents a unique opportunity to offer a different path on digital in contrast to the one countries like China and Russia are following,” Colvin said. “We also hope to see ambitious supply chain commitments that could facilitate trade and ease customs bottlenecks in the region.”

U.S. officials point out that, with 60% of the world’s population, the Indo-Pacific is projected to be the largest contributor to global growth over the next 30 years. According to the White House, U.S. foreign direct investment in the Indo-Pacific region totaled more than $969 billion in 2020 and has nearly doubled in the last decade.