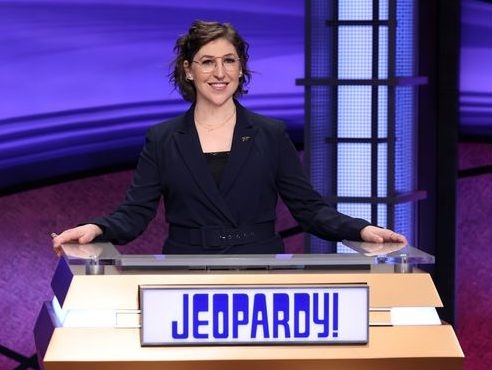 Mayim Bialik gets a lot of social media attention for her role as a sometime host of Jeopardy! and not all of it is positive.

The actress turned host of the popular gameshow said on her podcast, Bialik Breakdown, that people often say they like Ken Jennings better as a host.

Bialik had actor Justin Long on recently and discussed the responses she gets, which include preferences for other hosts, comments about her appearance and so on.

Someone even said they saw photos of her in a magazine and were surprised she looked pretty in them, she recalled.

“You’re better looking in person?” Mayim said with a laugh.

Bialik said she recently tested positive for COVID-19 and she regrets “that I ever took my mask off ever in the world.”

She added: “I’m feeling a lot of fear. Why did I ever go out? Why did I think that anything was fine ever?”