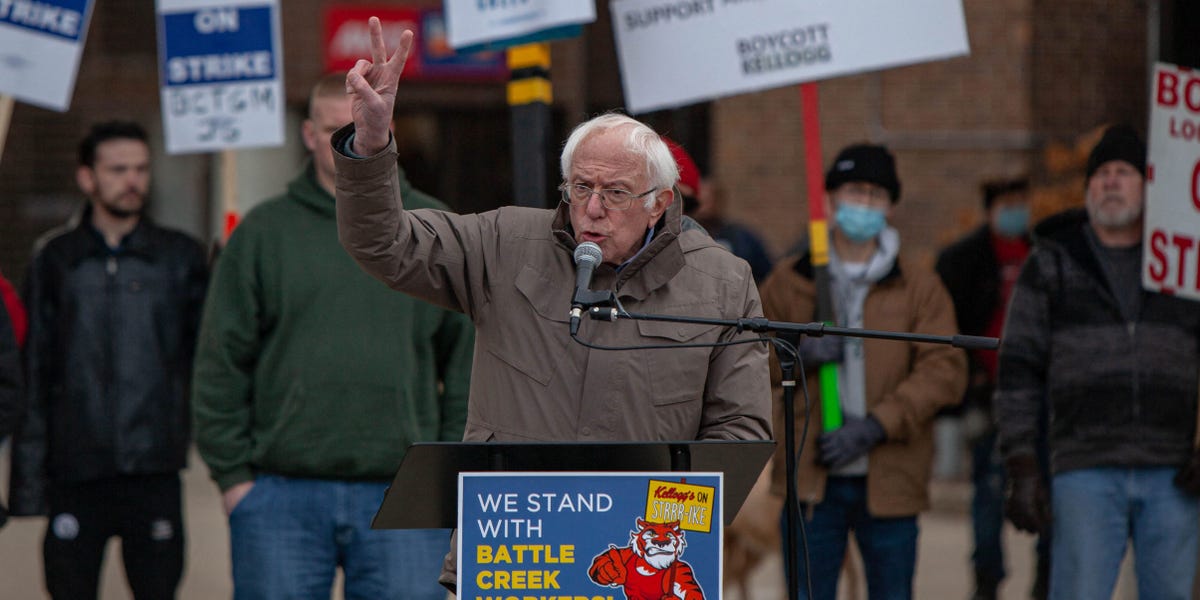 Sen. Bernie Sanders praised striking Kellogg’s workers for their “incredible courage to take on corporate greed” during a rally on Friday near the company’s headquarters in Battle Creek, Michigan.

“During this pandemic, you were the people who helped feed America,” Sanders said. “You’re looking at people who work 50 days in a row, 60 days in a row. I talked to somebody who worked 120 days in a row and those, as I understand it, weren’t even eight-hour days. 12-hours days, 16-hour days. That is insane!”

The union will vote on Sunday on a tentative five-year agreement that would include cost-0f-living adjustments and a $1.10 per hour raise for all employees, according to the Detroit News. The union voted earlier this month to reject Kellogg’s offer of a 3% raise, which prompted the company to claim it was left with no choice but to permanently replace striking workers with new hires.

Politicians on both sides of the aisle criticized Kellogg’s decision and urged the company to return to negotiating with its workers. At the Michigan rally, Sanders read a letter to the workers from President Joe Biden, who called the workers the “backbone of America.”

“Your right to bargain collectively is an essential tool that protects your livelihoods, contributes to your company’s success, and ensures our economy works for working people,” Biden said in a letter to striking Kellogg’s workers. “My message to you is keep the faith and solidarity.”

Kellogg’s was one of at least 25 companies that had workers initiate strikes this fall, marking a season of labor unrest and worker activism that revitalized the country’s labor movement. Companies where other employees have gone on strike include Chipotle, Nabisco, John Deere, and McDonald’s.