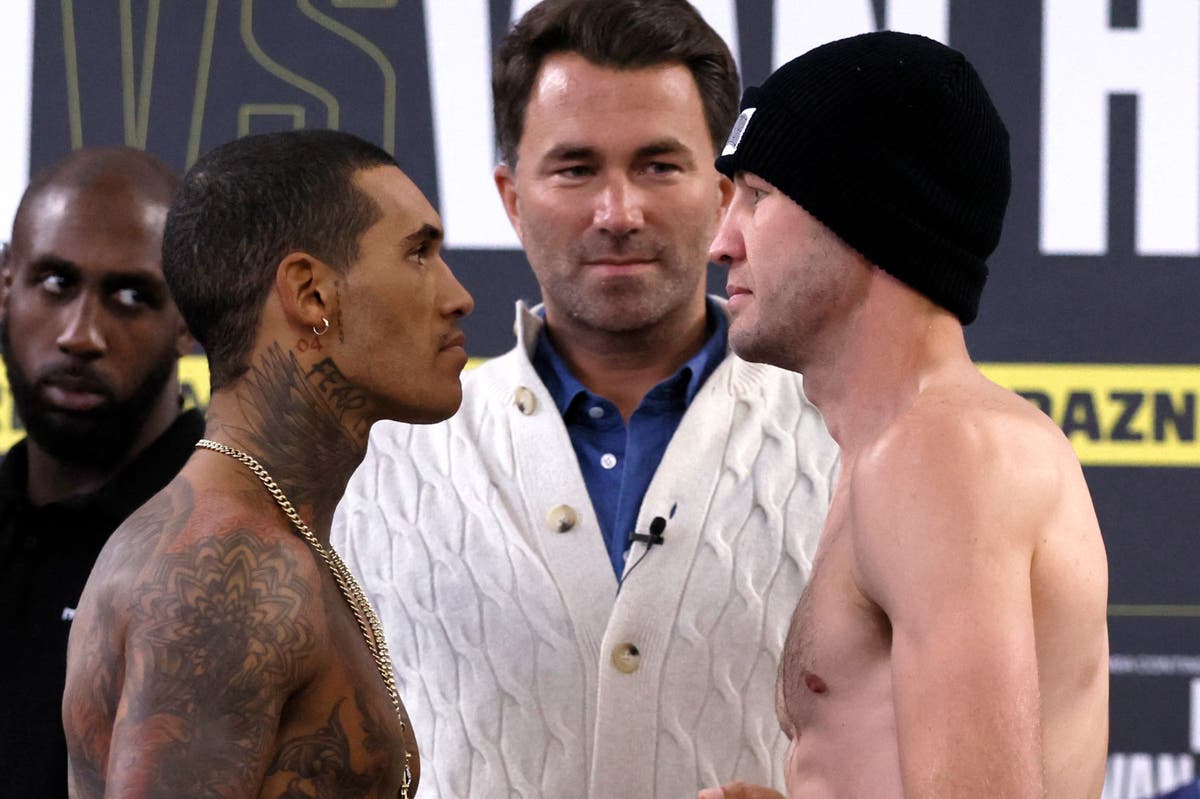 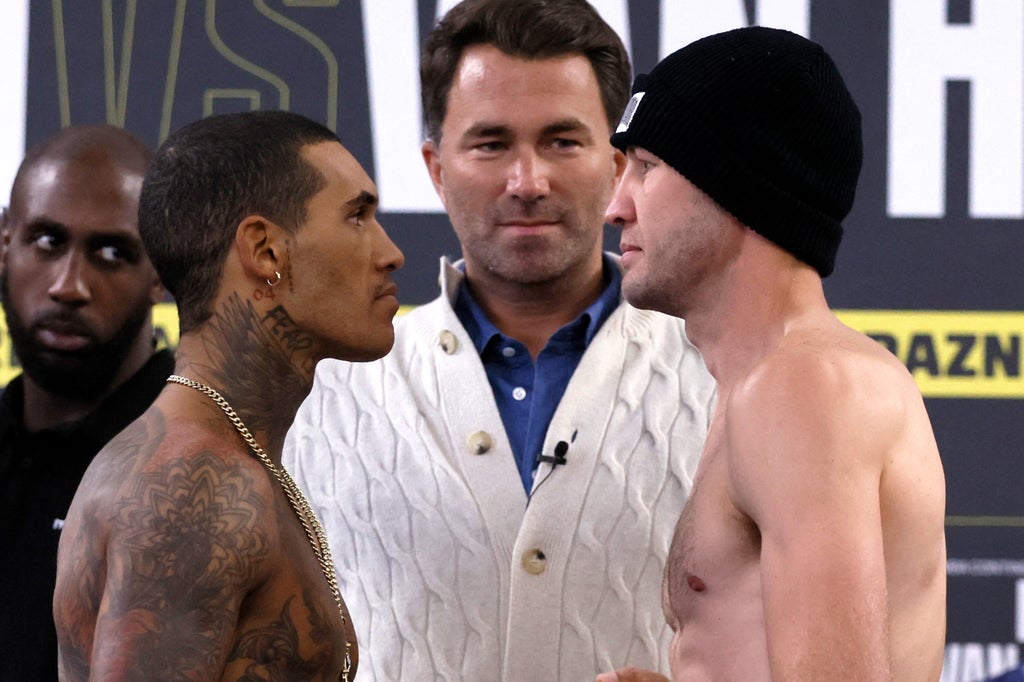 Conor Benn returns to the ring tonight as he puts his WBA continental welterweight belt on the line against Chris van Heerden at the AO Arena in Manchester.

The formidable ‘Destroyer’ is looking to sustain momentum after dominating Chris Algieri before Christmas as he faces his final test before being handed a major step-up in boxing’s deep 147lbs division.

Fights against the likes of Kell Brook, Adrien Broner, Keith Thurman, Danny or Mikey Garcia could await in future, but first Benn must take care of South Africa’s experienced former IBO world champion Van Heerden, who should present a new challenge as a tricky southpaw.

Tonight’s undercard features a number of intriguing battles, most notably the eagerly-anticipated rematch between Chris Billam-Smith and Tommy McCarthy.

Ireland’s McCarthy lost his European cruiserweight title in a closely contested decision defeat when the duo first clashed at Matchroom Fight Camp last summer in a bout that also saw the Commonwealth and British belts on the line.

McCarthy is desperate for revenge against Billam-Smith, who retained the EBU crown for the first time against French challenger Dylan Bregeon on points in Sheffield in November.

Benn was back to his destructive best against Chris Algieri, having previously followed up that vicious 80-second blitz of Samuel Vargas with a far more understated points win over Adrian Granados in Leeds in which he was often frustrated but was at least able to get some key rounds under his belt.

Another statement surely beckons here as he prepares for a big step up in future, possibly against the likes of Kell Brook or Adrien Broner.

Former world champion Van Heerden – the first southpaw Benn has faced in his pro career to date – certainly isn’t short on experience or confidence, having dismissed his rival as a pure “power puncher” and an inferior boxing technician who relies too much on anger and emotion inside the ring.

However, he seems unlikely to stop the ascent of a future global superstar.

Benn to win via knockout in round seven.

How to watch Benn vs Van Heerden

A subscription to DAZN currently costs £7.99 a month in the UK.

Tonight’s televised undercard is due to begin at 7pm BST, with ring walks for the main event expected at 10pm.

As ever, these times are subject to change depending on the length of the undercard bouts.

Can ‘The Destroyer’ ace his final test before being matched up against some of the best fighters that one of boxing’s most talented visions has to offer?

Stay tuned for build-up, thoughts from both camps, results and live updates from across tonight’s entire card, which features some intriguing support bouts that you won’t want to miss.