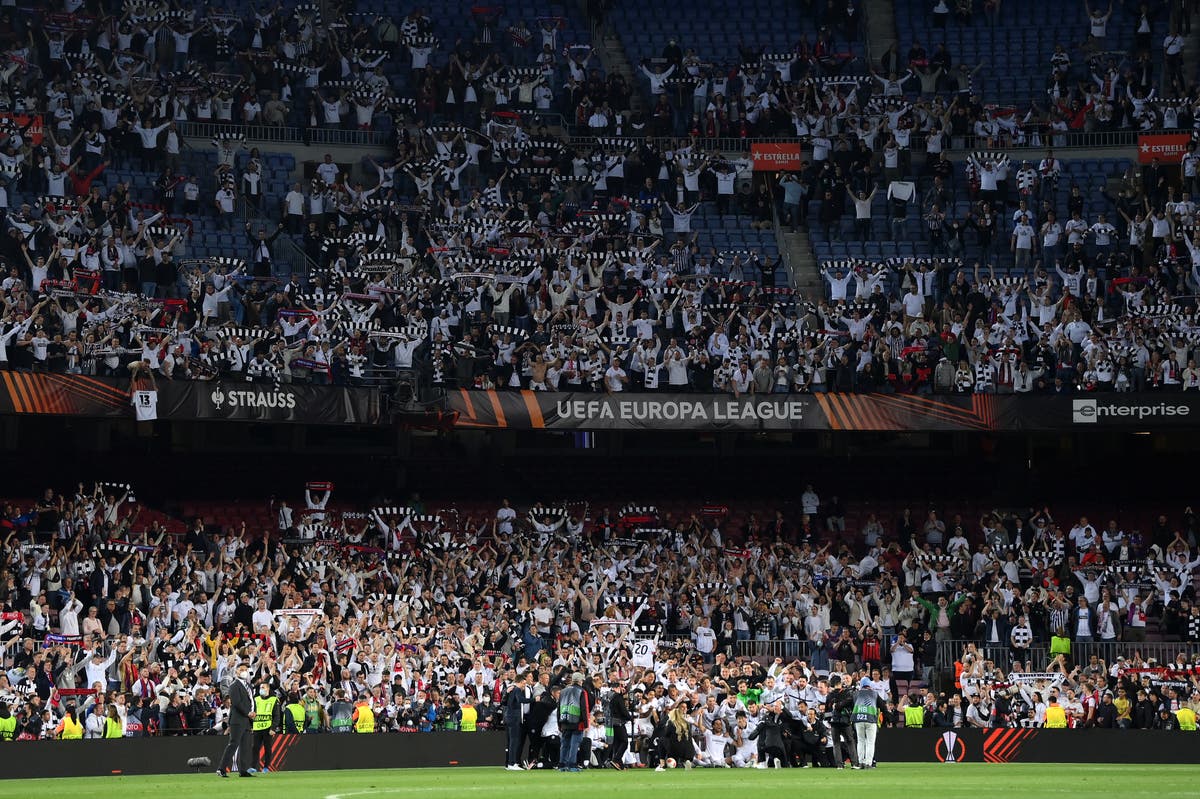 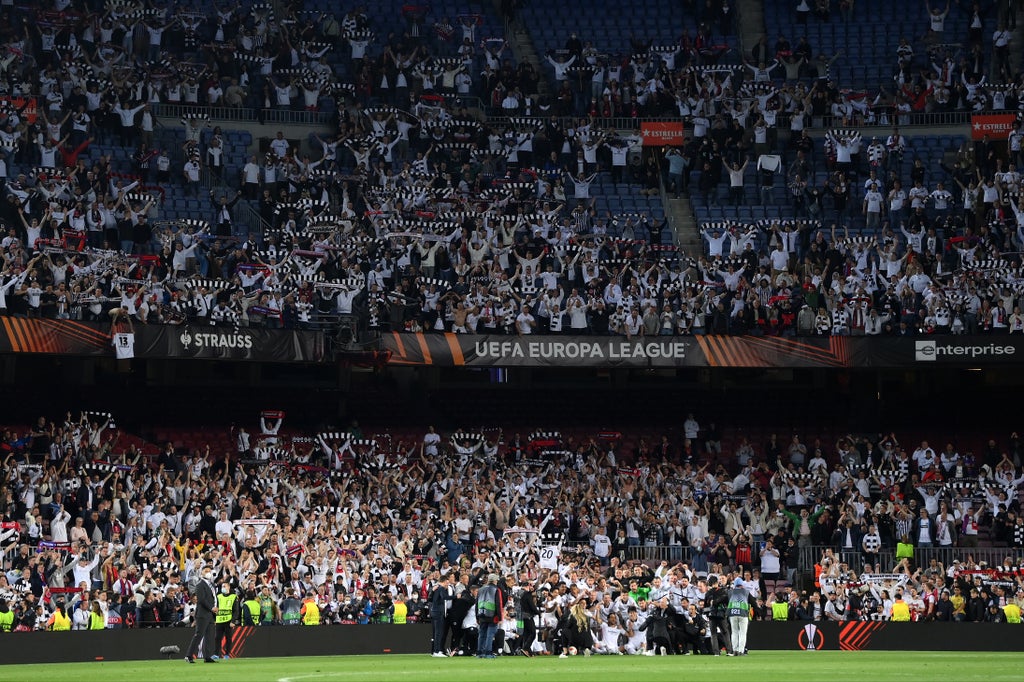 The German side had only been allocated 5,000 tickets for the clash but as many as six times that number watched their side produce a huge upset, winning 3-2 on the night and 4-2 on aggregate to set up a semi-final against West Ham.

While Barca were expecting huge backing at the stadium ESPN reported there were close to 30,000 Eintracht fans among the 79,468 crowd.

“Frankly what happened today makes me feel embarrassed and ashamed. There were many fans of the other team and not many of ours,” Laporta told Barca TV.

“I’m very sorry for what has happened.

“What we can avoid are certain situations but as of now, we will have to be much more strict. We can’t allow these situations to happen.”

Coach Xavi Hernandez called the situation a “miscalculation” and said it did not help his side, who suffered their first defeat in 16 matches in all competitions.

“I’ve tried to tell the players that the important thing is what happens on the pitch, but logically this could have affected us. It’s very clear,” Xavi told a news conference.

“We’ve tried to focus on the game and we’ve not been good. It has nothing to do with one thing and the other. It’s not an excuse,” he added.

“It hasn’t helped us, but on the pitch, we haven’t been good, and we haven’t competed.”