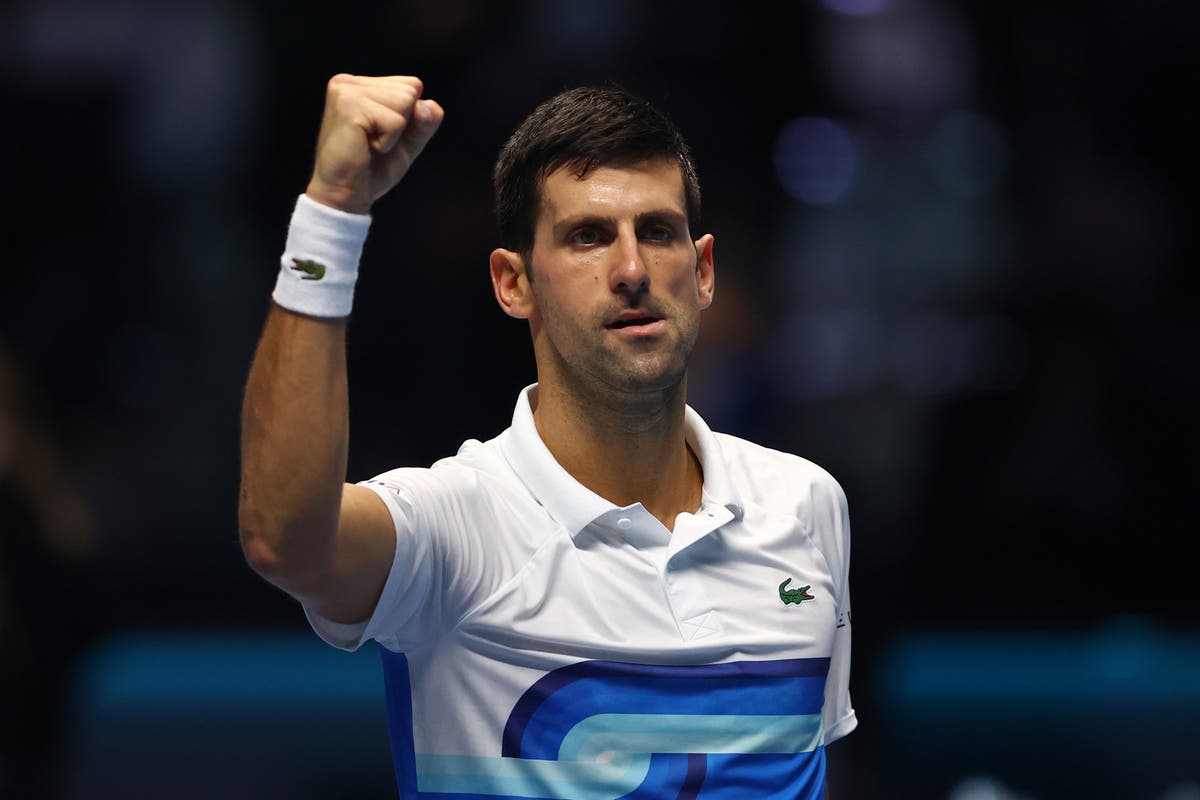 he semi-final line-up at the ATP Finals has been confirmed and the tennis season looks set for a riveting conclusion.

Djokovic came out on top in five sets when the pair met in the last four of the US Open, and is favourite to do so again in Turin.

However, Zverev is relishing yet another match against the Serbian, who he beat in the final of this competition to lift the trophy in 2018.

“It’s always close when we play each other, so I’m looking forward to hopefully another tough one.’

Djokovic has won the ATP Finals five times, but has not come out on top since beating Roger Federer in the 2015 final. Victory this weekend would take him level with Federer’s record of six titles.

In the other semi-final, Medvedev will hope the amount of time he’s already spent on court during the tournament won’t count against him this weekend.

The Russian has played three sets in all of his matches so far, but came out on top each time against Zverev, Jannik Sinner, and Hubert Hurkacz.

Medvedev, who is the defending champion, has already had a season to remember, after winning the US Open in September.

He faces 22-year-old Ruud, who is appearing in his first ATP Tour Finals. The Norwegian lost his first match to Djokovic but has since beaten Cam Norrie and Andrey Rublev.

“It is going to be another tough battle. [Medvedev is] one of the best in the world and he has proven himself as one of the best over the past two or three years,” Ruud said.

“I have played against him a couple of times and lost both, but I know a little bit about what I am going to face and it is going to be a fun challenge.”