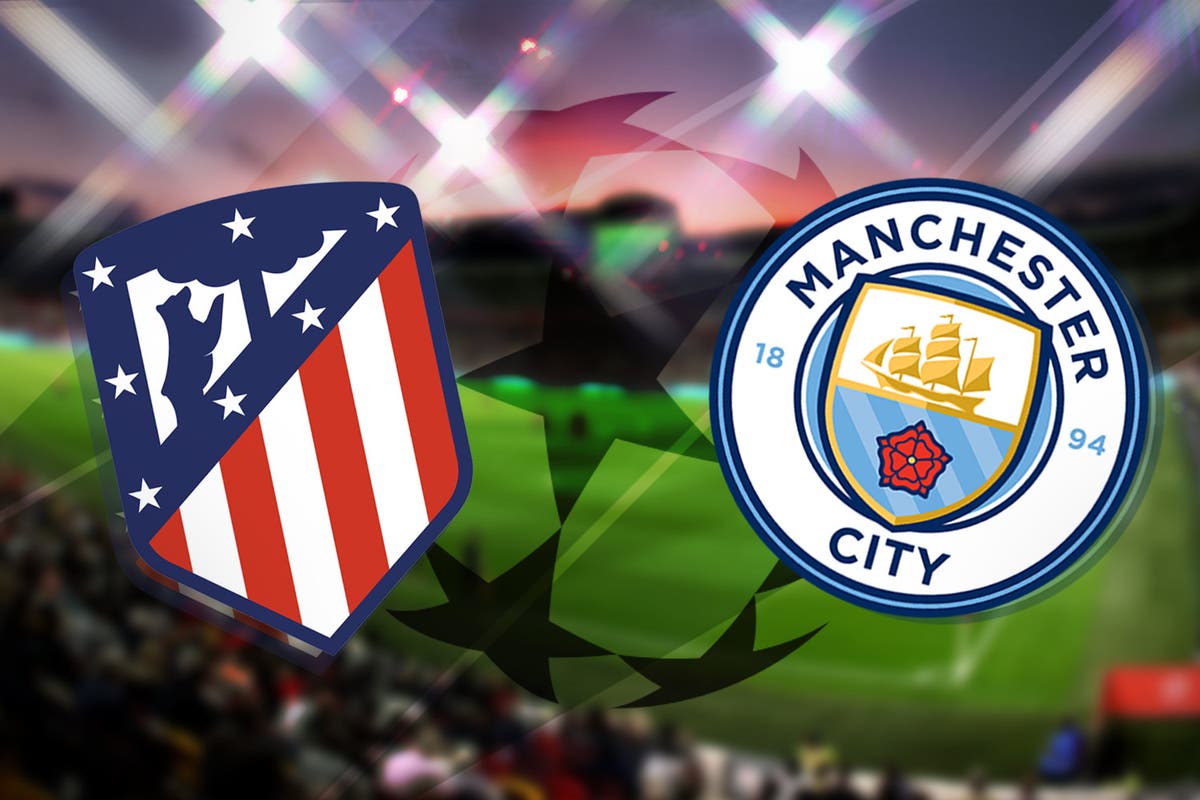 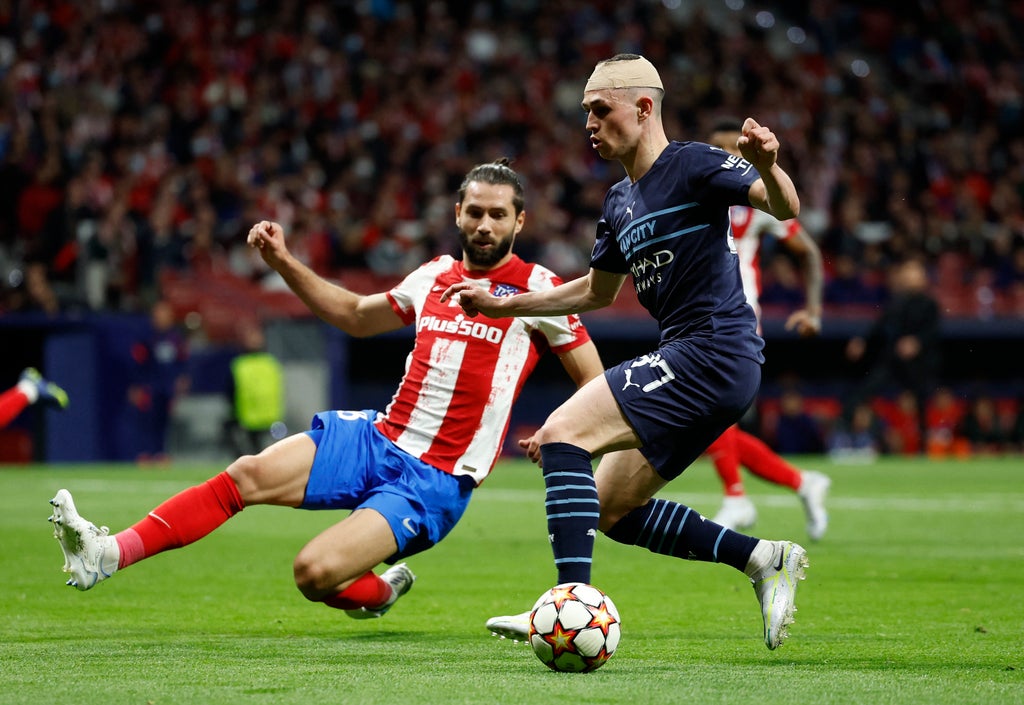 60 mins: Koke has space in midfield, Lodi and Felix making runs on the left.

Panics, tries to play the ball quickly and lobs it straight through to Ederson. Pretty sure that wasn’t the plan.

Felix sets the ball back, Griezmann on the half-volley slices across it and it flies just wide of the far post. Great effort.

56 mins: Lovely cross whipped in by Llorente, Walker misreads the flight of it and Felix wins the header at the back post. Can’t get up enough though to direct it.

Atletico having their best spell of the tie now. At last some pressure being put on the City defence. Lodi with the cutback into the box, Gundogan tracks back to clear.

54 mins: Felix with a great run, Laporte lets him go – strike can’t quite get on the end of the cross.

Atletico fans trying to get involved, responding every time their side presses up high.

50 mins: Sustained City possession, slowing things down. That is until Rodri passes it straight to Griezmann.

Brief couple of minutes of intensity at the start of Atletico, but on the whole they’re still very happy to sit back.

47 mins: Griezmann running in behind, tries to get the shot away and it rolls behind… did it get a touch from Laporte? Yes it did, corner Atletico.

Felipe throws himself at it, City clear it. Savic then with a big challenge on Mahrez and the home side can come again.

Up and running again in Madrid!

One shot from Atletico so far, both in this half and the tie as a whole. Not great in 135 minutes of action.

At some point they’re going to have to throw caution to the wind – imagine it won’t be for a while yet though.

135 minutes of the tie played, still City have that narrow 1-0 lead on advantage.

Not a huge amount of action in Madrid so far – Gundogan struck the woodwork with a low shot but that was about it.

Atletico will be satisfied that they’re still in it. Foden getting lots of attention, been a painful half for him.