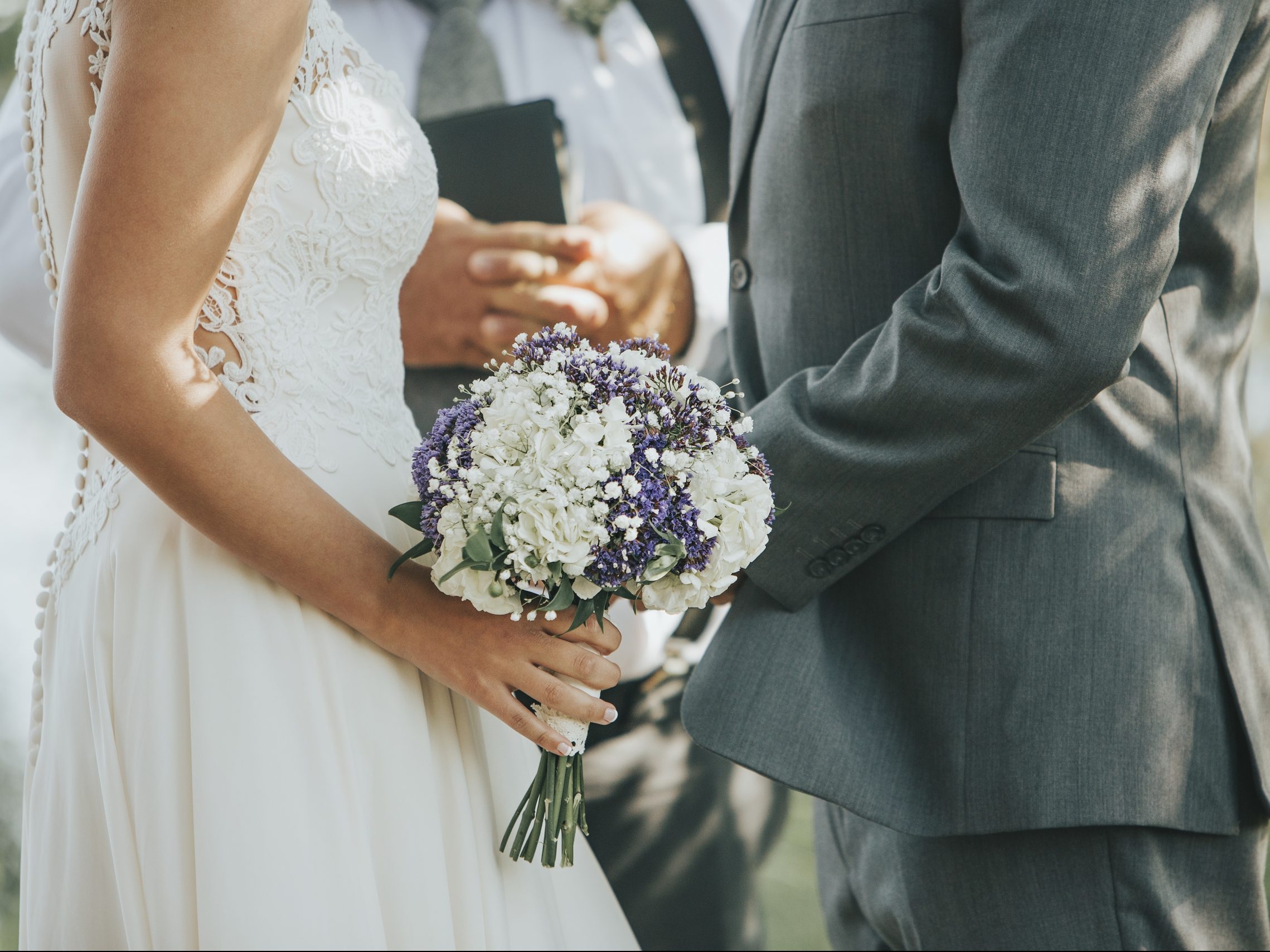 Dear Amy: My husband and I were just involved in the wedding of our two dear friends – I as a bridesmaid and my husband as the officiant.

Originally, they’d asked my husband to be a groomsman. They later asked if he’d be willing to officiate instead.

Although this is not his profession, he happily put his heart into preparing for their day.

At the wedding rehearsal, we learned that he’d been left out of the bachelor party, held the previous night.

He didn’t receive any gift (each bridesmaid and groomsmen received a small gift), and was left out of groomsmen photos – until he specifically asked for at least one photo with the couple.

He had never discussed any compensation with them.

For our wedding, we paid our officiant (also non-clergy) for his time, as well as for travel and lodging.

We thought this was customary. Our friends’ wedding was also a few hours away, so we thought at least they might give him a small gift for his time.

I don’t think this was intended to be a slight; the couple was obviously happy to have us both there on their special day.

Are we wrong to have expected something different?

My husband and I are hurt by this, as it feels like he’s been demoted after agreeing to a more significant role.

Should we say anything, or leave this in the past?

Dear Wounded: It is standard to compensate the person who officiates at the wedding – even if that person is a friend who would perform the ceremony for free. This compensation can come in the form of paying for the person’s travel and hotel room, giving them a cash gift, and/or yes – a gift of appreciation to acknowledge the vital role the officiant has played in the wedding.

I have a strong feeling that if the groom had included your husband in his bachelor party and if the couple had welcomed him into group photos, you wouldn’t be asking about compensation, because this is really about him feeling demoted, excluded, and unappreciated. And I agree with his reaction!

This couple blew it.

It is as if when they asked your husband to officiate, in their minds he actually became a member of the clergy (who quite naturally might not enjoy a bachelor party).

If you can leave this in the past, then definitely do that. Otherwise, your husband could say, “I was honoured to perform your ceremony, but honestly afterward I felt like I’d been demoted from groomsman. I was surprised not to be included in the bachelor party. You know I’m not an actual priest, right?”

Dear Amy: I have been going with a woman for several months (we are retirement age), and we have agreed to date each other exclusively.

However, when I am not around, she invites a man 30 years her junior to dine out, or to just hang out with her.

When I tell her that I don’t feel comfortable with this she says they have been friends for a couple of years, and that there is nothing romantic going on between them.

While that may be true for now, I can’t help but feel that eventually this will evolve into a romantic relationship.

I have very strong feelings for her, and I would be devastated if we broke up, but it is very difficult for me to continue like this. What can I do?

Dear Exclusive: If you two are exclusively dating, moving forward you would naturally want to introduce one another to your friends on both sides. You don’t seem to have met your lady friend’s gentleman caller, but this would be a good first step.

If your girlfriend is reluctant or refuses to introduce you to her friend, then it would seem that theirs is the exclusive relationship. In this context, “exclusive” means that of the three of you, you are the excluded one.

Dear Amy: “Stomach in Knots” was a very concerned grandmother who saw her grandchild essentially being force-fed by the child’s parents.

Amy, there is an epidemic of eating disorders in this country (on both ends of the spectrum), and this is one reason why!

Dear Upset: I did not interpret this as “force-feeding,” but as young parents going through what I believe is a typical “clean your plate” phase with a toddler.

Your concerns are completely valid, and so I certainly hope I’m read this right.