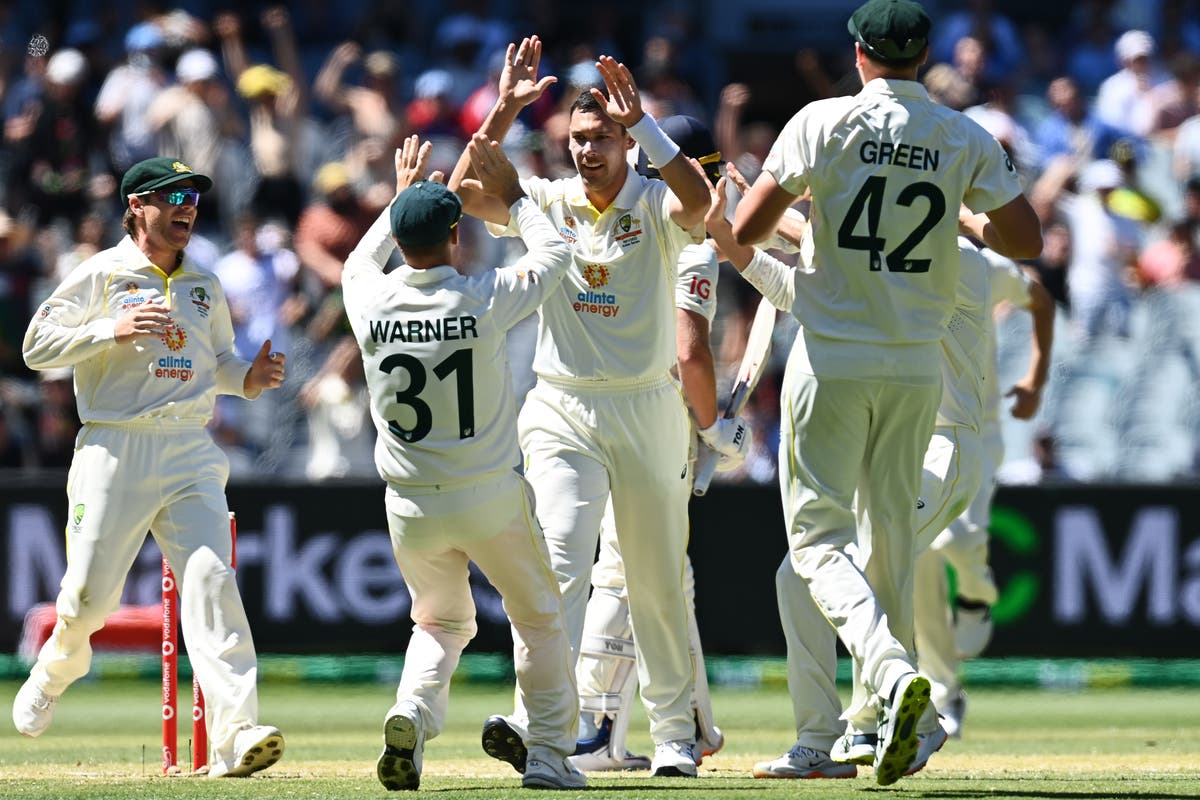 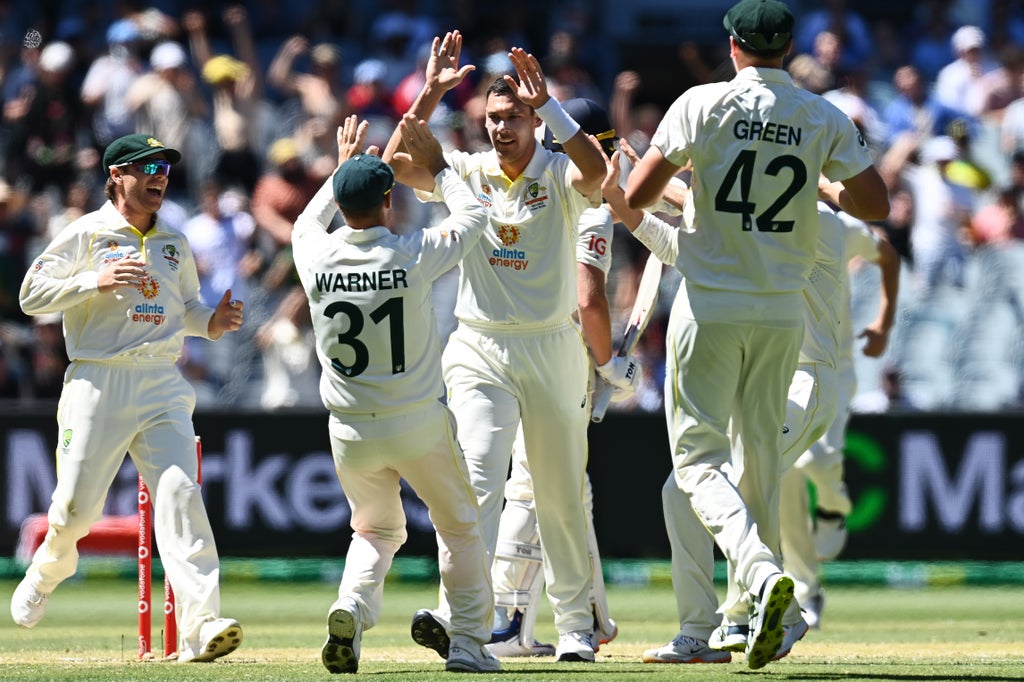 Australia won in four days in Brisbane, five in Adelaide, and secured an extraordinary seven-session victory at the MCG in an unforgettable Boxing Day Test.

Having reached stumps on 31 for four last night, it took Australia just 80 minutes on the third day to finish things off. All out for 68 was England’s lowest score in Australia since 1904.

The heroes for Australia were Mitchell Starc, who picked up the key early wicket of Ben Stokes, and Scott Boland, who took a remarkable six-wicket haul on debut to the delight of his home crowd.

It was all-rounder Cameron Green who took the final wicket, bowling Jimmy Anderson.

Inevitably, Joe Root provided the only real resistance, before falling for 28, caught at first slip with a loose shot off Boland.

Root walked off with 1,708 runs for the year, two behind Viv Richards’ tally from 1976, second in the all-time list.

England did match one record, though, with ducks for Mark Wood and Ollie Robinson making it four for the innings and matching their tally of 54 in a year from 1998.

Root and Stokes looked comfortable in the first few overs of play, before Starc screeched one through the left-hander’s defences, sparking a collapse of six wickets for 22 runs.

Jonny Bairstow never looked comfortable. He was dropped on four off Boland, then trapped lbw – his review could not quite save him. In the following over Root fell, before Boland added Robinson and Wood to finish with incredible figures of 4-1-7-6.

Last man Anderson got off the mark, but did not last much longer, as Green pinned back his off stump to secure victory by an innings and 14 runs. In an ignominious tour, England had plumbed a new low.