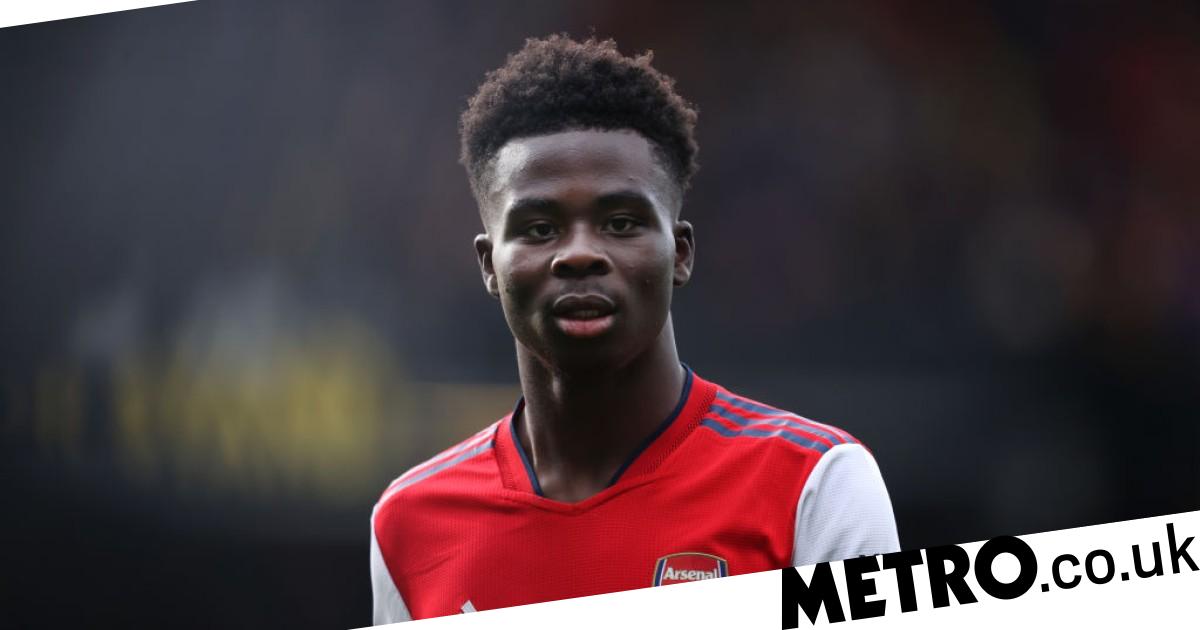 Arsenal are ready to make Bukayo Saka one of the highest earners at the club and are prepared to quadruple his current salary in order to tie down his future, according to reports.

The 20-year-old currently has a contract that will keep him at the Emirates until 2023, with Arsenal able to trigger a one-year extension, and there are no significant concerns over his long-term future at this stage.

Saka only signed a new deal in 2020 but the club want to offer him fresh terms and have already opened informal talks with his representatives.

Now The Sun claim Arsenal’s opening offer will see the England international quadruple his salary, with his £30,000-a-week wages currently making him one of the lowest-paid players at the club.

But Arsenal are prepared to hand Saka a long-term £125,000-a-week deal that will catapult him into the club’s upper bracket of highest earners and reflect his status within the squad.

The youngster has netted nine goals and laid on five assists in 28 Premier League appearances this season, most recently netting the winner in Arsenal’s 1-0 victory away to Aston Villa.

Manager Mikel Arteta is in no doubt about Saka’s importance both right now and in the future and has made a new deal for the winger his number one priority ahead of the summer window.

Despite the Spaniard wanting to upgrade a whole host of positions in his team – notably striker and central midfield – Arteta has told Arsenal’s board that securing Saka’s future is the first thing they must do.

Even if Arsenal miss out on Champions League football, the terms of the contract offer will not decrease, with both Arteta and technical director Edu urging head of football operations Richard Garlick – who will lead the renewal talks – to secure a deal without any delay or haggling.

Despite the rush to get Saka to pen fresh terms, Arsenal are not overly concerned by the prospect of another club coming in for him regardless of whether they secure fourth spot or not.


MORE : ‘It was like they won the league!’ – Ashley Young takes swipe at Arsenal’s celebrations