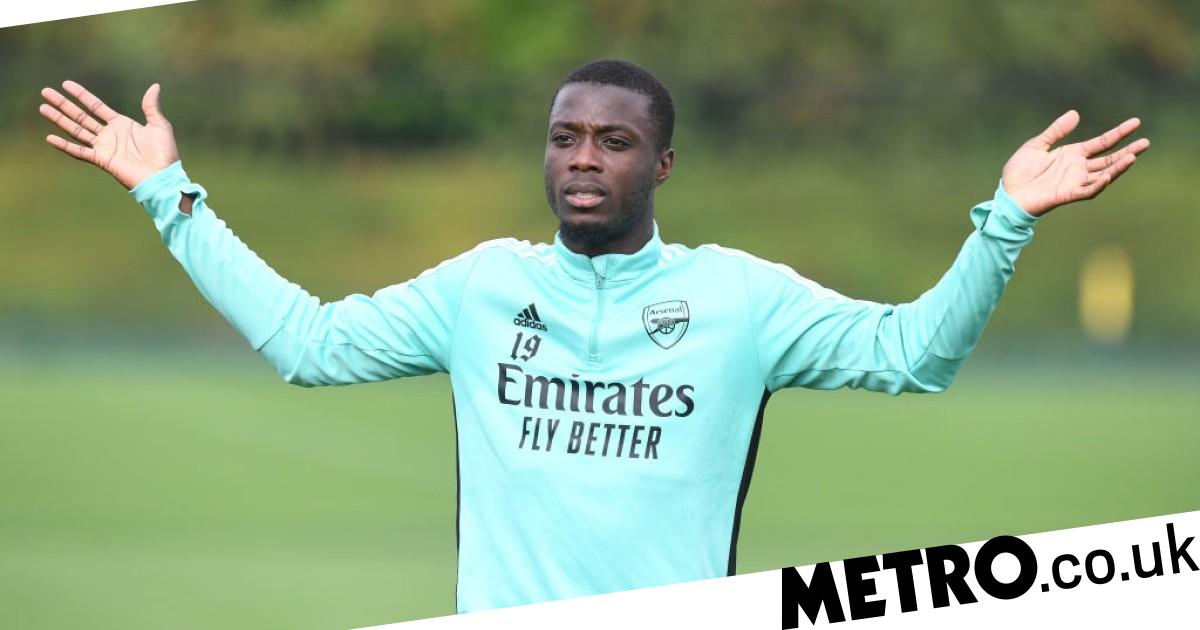 Pepe joined the Gunners from French club Lille in 2019 for a fee in the region of £72m – the north London club’s most expensive signing in their history.

However, the Ivory Coast international has failed to live up to expectations at the Emirates, having only picked up a disappointing 15 goals and eight assists in his 67 Premier League appearances for the club to date.

The former Lille winger has only played a total of five minutes in Arsenal’s last three top flight games with in-form academy duo Bukayo Saka and Emile Smith Rowe being picked ahead of him.

And as a result of his lack of playing time, Newcastle, Crystal Palace and Everton are looking into the possibility of signing the 26-year-old, according to Jeunes Footeux.

The report goes onto say that all three clubs would prefer a loan deal with an option to buy.

Arsenal boss Mikel Arteta is reportedly open to the idea of offloading the winger, with the Spanish boss ‘no longer counting on him.’

Elsewhere, Theo Walcott has confirmed that Arsenal legend Aaron Ramsey would ‘love’ to return to his former club in the January transfer window.

‘I’ll find out, give him a call and pester him (on if he’s returning to the Premier League),’ Walcott told TalkSPORT.

‘Do you know what, it would be lovely, it would be fantastic if he came back to the Premier League. I feel like he would want to.

‘Some part of me in my head thinks that he would love to come back to Arsenal. It does. Something about that would sort of tick a box.

‘It’s one of those things, he’s at Juventus and he played very well for Wales last night and it’s good to see. A lot of people have been on his back in Italy, which I haven’t seen a lot or enough of it to comment on that.

‘But he’s a leader. He’s a workhorse. Still playing for his country and has all these caps.’


MORE : The three Arsenal players who have stepped up to join the Gunners’ leadership group


MORE : ‘I wasn’t sure’ – Arsenal hero Bacary Sagna reveals the one doubt he had over Emile Smith Rowe