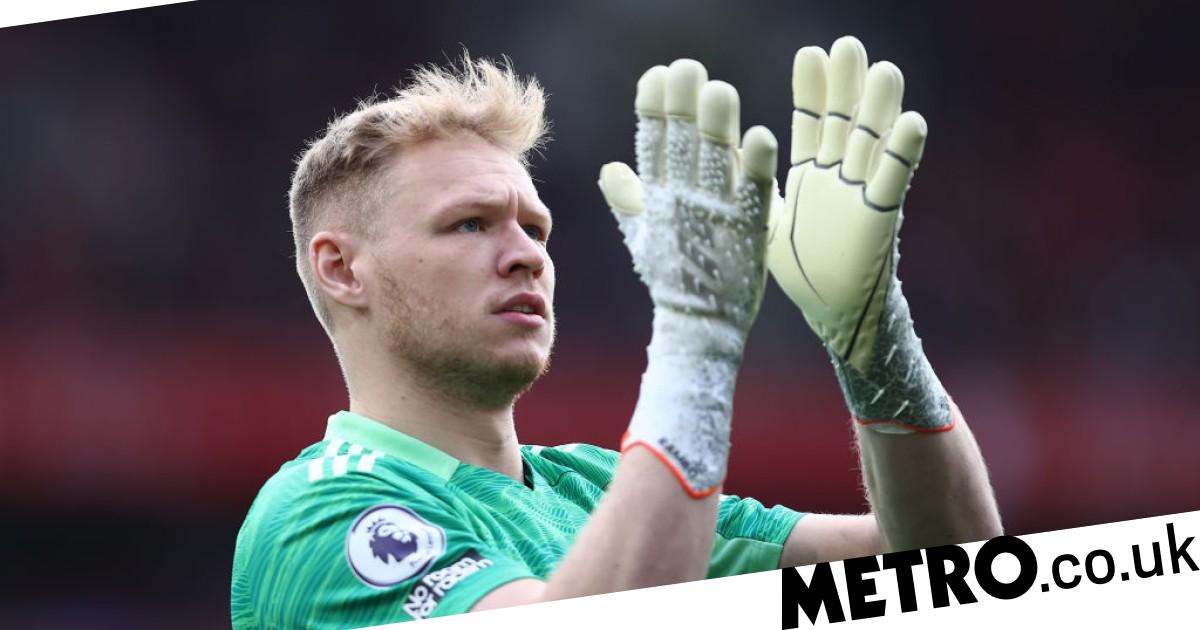 The Brazilian has produced a string of top performances for the Gunners of late after working his way into Mikel Arteta’s starting XI.

Martinelli has netted three goals in his last four Premier League games and is even keeping the impressive Emile Smith Rowe out of the side.

The 20-year-old has caught the eye of Ramsdale, who talked up the winger’s pace, finishing and energy.

‘If he gets a little bit more physical. He’s still a kid and he’s rapid, and his finishing is frightening.

‘He just runs all day long. He will chase anything down.’

The 20-year-old has become a key figure for the Gunners and a regular for England, but Ramsdale feels he can progress to an even higher level.

‘[He’s got the] world at his feet, doesn’t need to do anything stupid any time soon,’ the Arsenal goalkeeper added on Saka.

‘He’s got levels to go as well. His finishing is very good, but can get better. His right foot, it needs improvement… it’s very good at the moment, but he can get to that next level.’