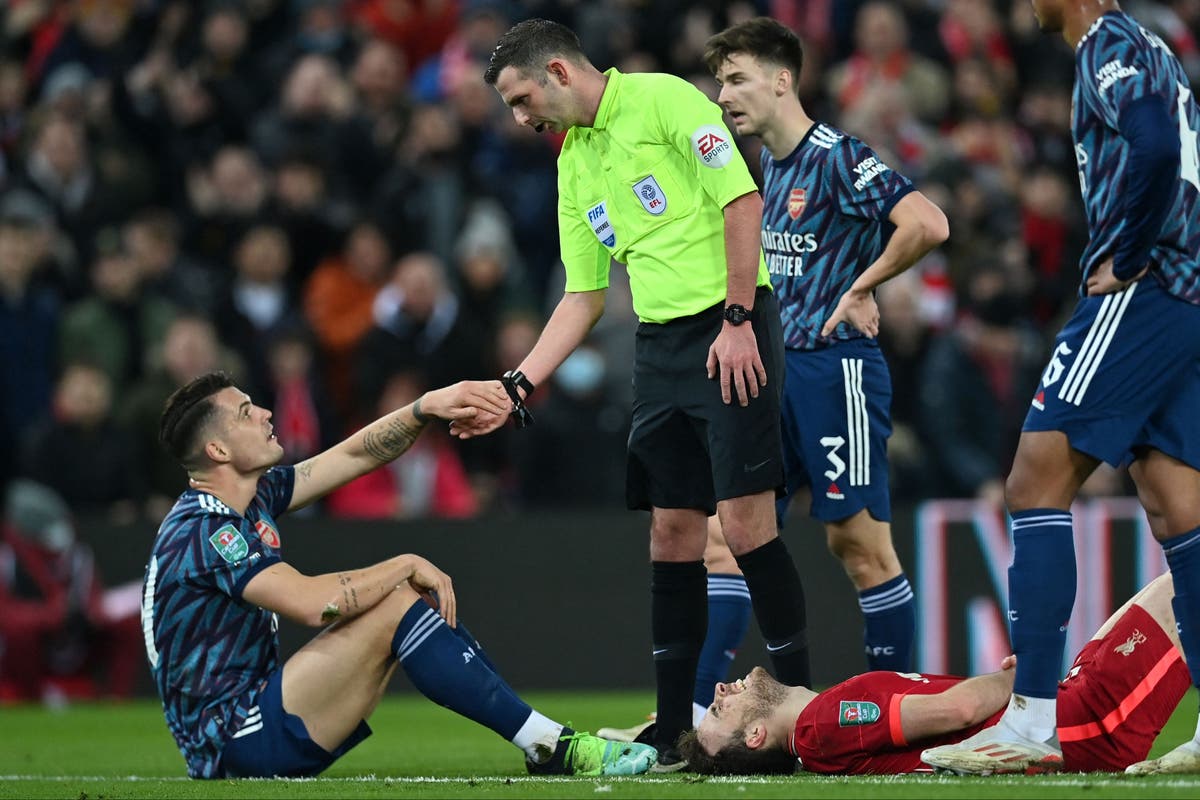 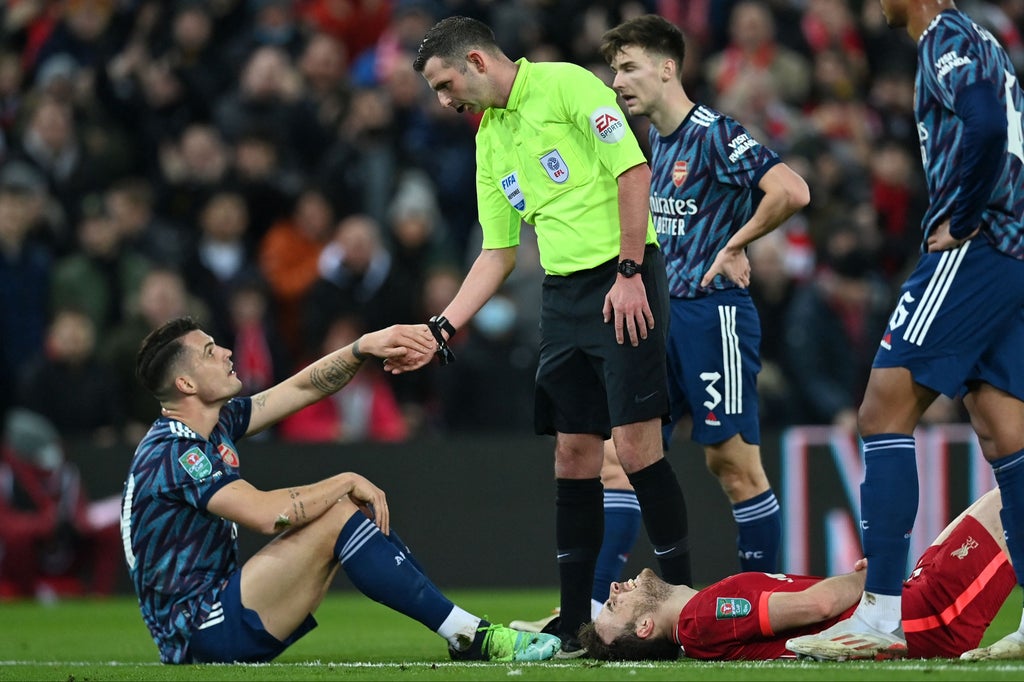 rsenal midfielder Granit Xhaka has issued a public apology after he was sent off during Thursday night’s Carabao Cup semi-final first leg against Liverpool.

Xhaka returned to the side after testing positive for Covid, easing Mikel Arteta’s midfield crisis, only to be shown a straight red card inside half-an-hour for a rash high tackle on Diogo Jota.

However, despite the Swiss international’s early departure, the Gunners battled on superbly with ten men to leave Anfield with a goalless draw that keeps the tie alive ahead of the return at the Emirates next week.

“I want to apologise to everyone,” Xhaka wrote on Instagram. “I am so proud of my team and the spirit that they showed to keep a clean sheet tonight.”

The red card, the fifth of Xhaka’s Gunners career, will rule him out of Sunday’s north London derby against Tottenham and – because it is his second dismissal of the season – the second leg against Liverpool as well.