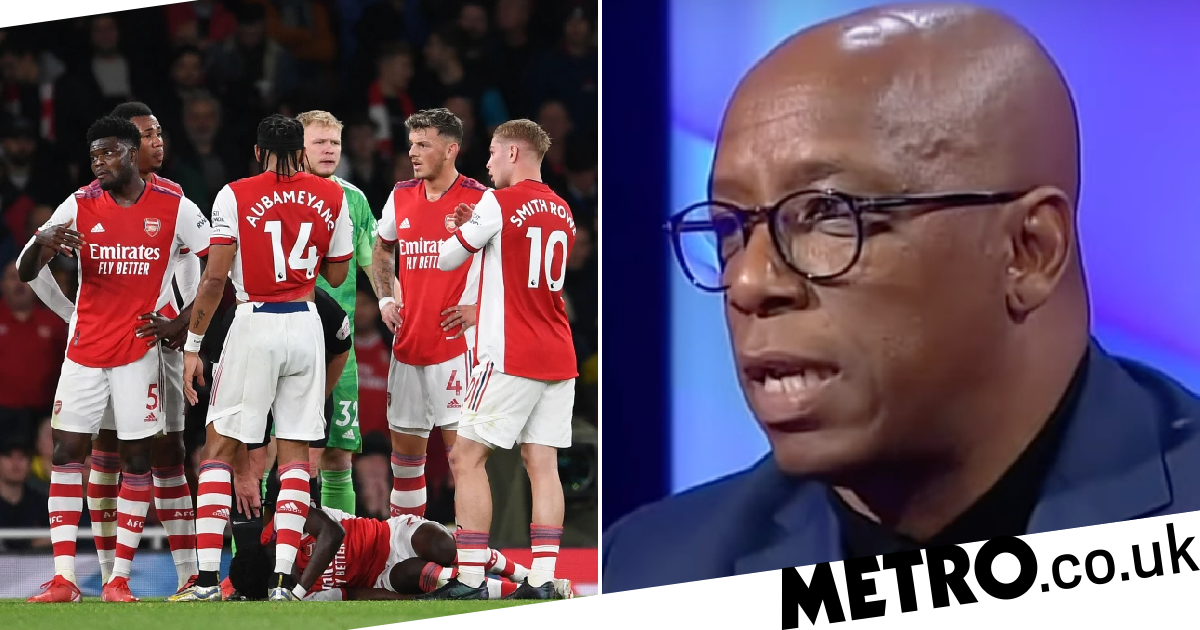 Ian Wright took aim at Ben White and Nicolas Pepe following Arsenal’s 2-2 draw with Crystal Palace and felt the visitors were ‘unfortunate’ not to come away from the Emirates with victory.

Second-half substitute Alexandre Lacazette struck in the fifth minute of stoppage time to deny Patrick Vieira a memorable win on his return to Arsenal for the first time as Palace manager.

The result stretched Arsenal unbeaten streak to six matches in all competitions and moved Mikel Arteta’s men up to 12th in the Premier League table.

Palace, meanwhile, remain in 14th place with just one win to their name since the start of the campaign.

‘I think it’s a little bit of a worry for Arsenal because when you look at both goals, we’re not getting defenders to go and engage,’ ex-Arsenal striker Wright told Premier League Productions shortly after the final whistle.

‘He’s [White] got to get closer to him [Edouard] and he doesn’t do it. They’ve done brilliantly to score the goal.

‘I think he’s got to get close to him… at no stage does Ben White close that gap. People can say what they want, maybe the goalkeeper or whatever… at no stage does that gap get smaller so why wouldn’t you shoot?’

Wright was less than impressed with Pepe’s ineffective display out on the right flank and applauded Palace for the fighting spirit they showed away from home.

‘I think Palace totally capitalised, they did their homework on Arsenal, they closed down the right people and shut down the left side. Kieran Tierney didn’t do anything,’ he added.

‘Pepe was very disappointing again and once they scored, Arsenal did not take it to Palace.

Lacazette’s composure to find space and rescue a point for Arsenal at the death greatly impressed club legend Wright.

‘He’s got himself out of the ruck because the ball might come to him and in the end he’s sniffed it out.

‘From his point of view, trying to get back into that team, it’s brilliant.

‘You can see what it means for Patrick. It’s devastating for him.’

Lacazette’s goal was his ninth in the league after coming on as a substitute for Arsenal.

The late strike will have given Arteta a reminder of Lacazette’s quality ahead of the Gunners’ upcoming clash with Villa, but Wright doubts the Frenchman will start if captain Aubameyang keeps his place in the side.

‘He’s trying to make a point that he should be playing,’ the former England international said.

‘He’s somebody that plays a different kind of striking role than Aubameyang plays and it’s very tough to get them both in the side.

‘If Lacazette is in the side then Aubameyang plays out on the left which is not his most potent position.

‘Aubameyang wants to be down the centre with those three guys, [Bukayo] Saka, [Martin] Odegaard and [Emile] Smith Rowe, in behind to give him the ball.’


MORE : ‘Got to do better’ – Gary Neville criticises Gabriel Magalhaes and Ben White after Arsenal’s draw with Crystal Palace