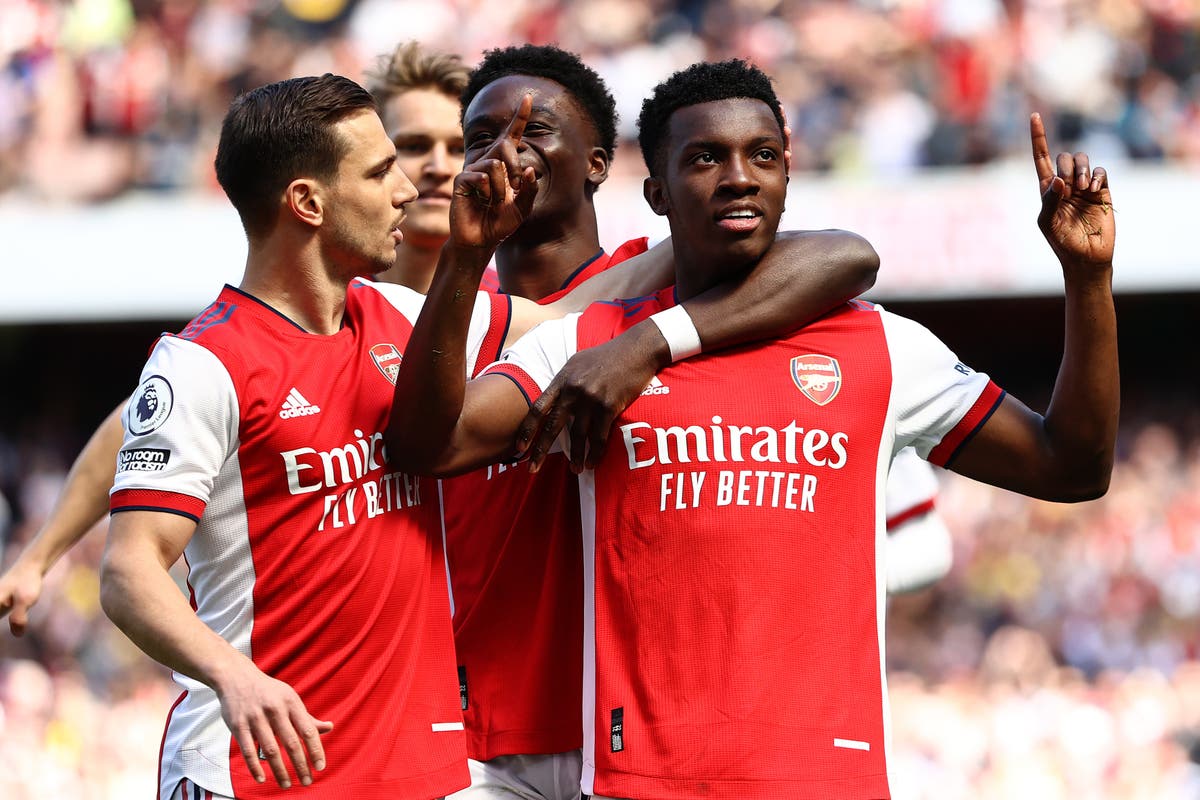 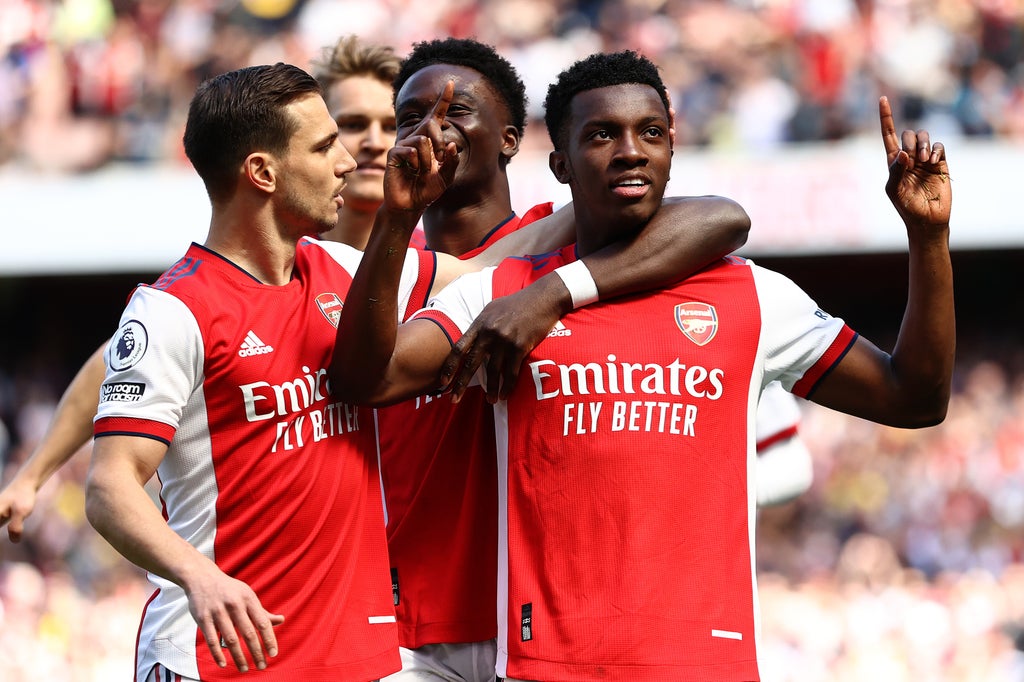 rsenal opened up a four-point gap on rivals Tottenham ahead of Thursday’s crucial north London derby with a needlessly nervy 2-1 victory over 10-man Leeds.

Eddie Nketiah notched a brace inside 10 minutes against his former loan club at Emirates Stadium on Sunday afternoon, the first goal gifted by a dreadful blunder from visiting ‘keeper Illan Meslier.

The quick-fire second was swept home off-balance with supreme confidence inside the penalty area after fine wing play and a perfect cutback from Gabriel Martinelli, who impressed with another dazzling display.

Things went from bad to worse for relegation battlers Leeds, who then saw right-back stalwart Luke Ayling sent off for a woeful two-footed challenge on Brazilian Martinelli.

Referee Chris Kavanagh initially showed just a yellow card for the wild tackle, before then upgrading to red after being advised by the VAR to consult the pitchside monitor.

Arsenal remained in firm control of a thoroughly one-sided contest, but could not find that elusive third goal despite the best efforts of Martinelli and the stylish Martin Odegaard in particular.

Leeds then set up a surprisingly competitive finish to proceedings as Spanish defender Diego Llorente ghosted in at the back post to score with their first effort of the day after Junior Firpo had flicked on a corner.

But despite some late pressure and one or two brief scares, Arsenal held on to move four points clear of Spurs. They could secure Champions League qualification for next season as soon as that derby at the Tottenham Hotspur Stadium on Thursday.

Meanwhile, despite the fighting spirit eventually shown after a wretched first half, Leeds now sit inside the Premier League relegation zone with only three matches left to play this season after their loss was coupled with Everton earning a second successive win against Leicester at the King Power Stadium.

They face stuttering Chelsea at Elland Road next before finishing a difficult season with matches against in-form Brighton and Brentford.