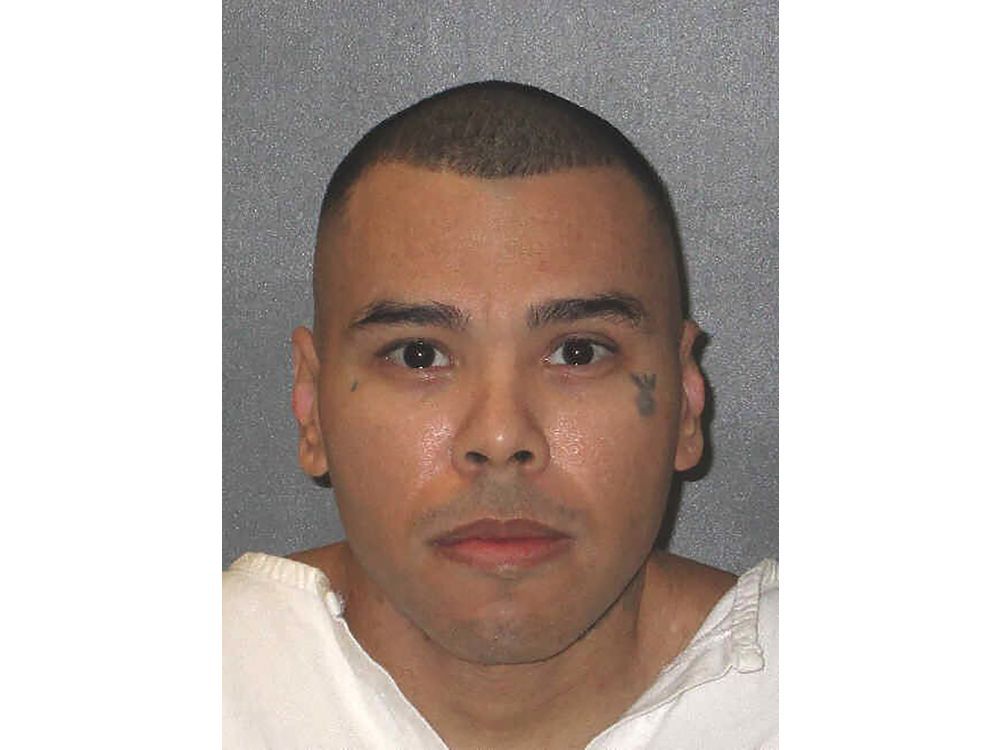 HOUSTON (AP) — An appeals court on Monday stayed this week’s execution of a death row inmate who had raised questions about whether prosecutors had presented false and inaccurate testimony from an expert on whether he would commit more crimes in the future.

Ramiro Gonzales, 39, had been set to receive a lethal injection for fatally shooting Bridget Townsend. Gonzales kidnapped Townsend, who was the girlfriend of his drug dealer, from a Bandera County home in January 2001 after stealing drugs and money. He later took her to his family’s ranch in neighboring Medina County, where he sexually assaulted the 18-year-old before killing her. Her remains weren’t found until nearly two years later.

Gonzales’ attorneys had asked the Texas Court of Criminal Appeals to stay his execution, arguing prosecutors presented false testimony that wrongly claimed he would be a future danger, a legal finding needed to impose a death sentence.

His attorneys had argued that a prosecution expert, psychiatrist Edward Gripon, had falsely testified that people who commit sexual assault “have an extremely high rate of â¦ recidivism,” as high as 80%.

Gonzales’ attorneys argued subsequent reviews by experts and reporters found that no reliable statistical study had ever supported such a high recidivism rate.

In its three-page order on Monday, the Texas Court of Criminal Appeals said Gonzales’ attorneys had made sufficient claim “showing that testimony of recidivism rates Gripon gave at trial were false and … that false testimony could have affected the jury’s answer to the future dangerousness question at punishment.”

The appeals court ordered Gonzales’ case to be sent to his trial court for further review.

It was not immediately known if the Texas Attorney General’s Office would appeal the execution stay. An agency spokesman didn’t immediately reply to an email seeking comment.

After re-evaluating Gonzales earlier this year, Gripon says his prediction the inmate would be a future danger was wrong, adding Gonzales has taken responsibility for what he did and has expressed remorse.

The appeals court’s order came about a couple of hours after the Texas Board of Pardons and Paroles denied a request by Gonzales’ attorneys to commute his death sentence to a lesser penalty or delay his execution for 180 days so he could donate a kidney to someone who may need it.

Gonzales had also asked Republican Gov. Greg Abbott to delay his execution, for 30 days, so he could donate a kidney.

Gonzales’ attorneys say the kidney donation is part of his effort to atone for his crimes.

“I am sorry, deeply sorry, that I took what was so precious to you and I know there’s nothing I can do or say to make it better.

I have absolutely no excuse for what I have done and there’s absolutely no one to blame but me,” Gonzales wrote in a letter to Townsend’s family.

If his execution had proceeded, Gonzales had asked that his spiritual adviser be allowed in the death chamber so she can pray aloud, hold his hand and place her other hand on his chest.

Texas prison officials objected to the hand holding request, citing security concerns, but a federal judge in Houston said in a temporary order the execution could only go forward if all of Gonzales’ religious accommodations were granted.

Prosecutors described Gonzales as a sexual predator who told police he ignored her pleas to spare her life.

Townsend’s body wasn’t found until October 2002, when Gonzales led authorities to her remains after receiving two life sentences for kidnapping and raping another woman.