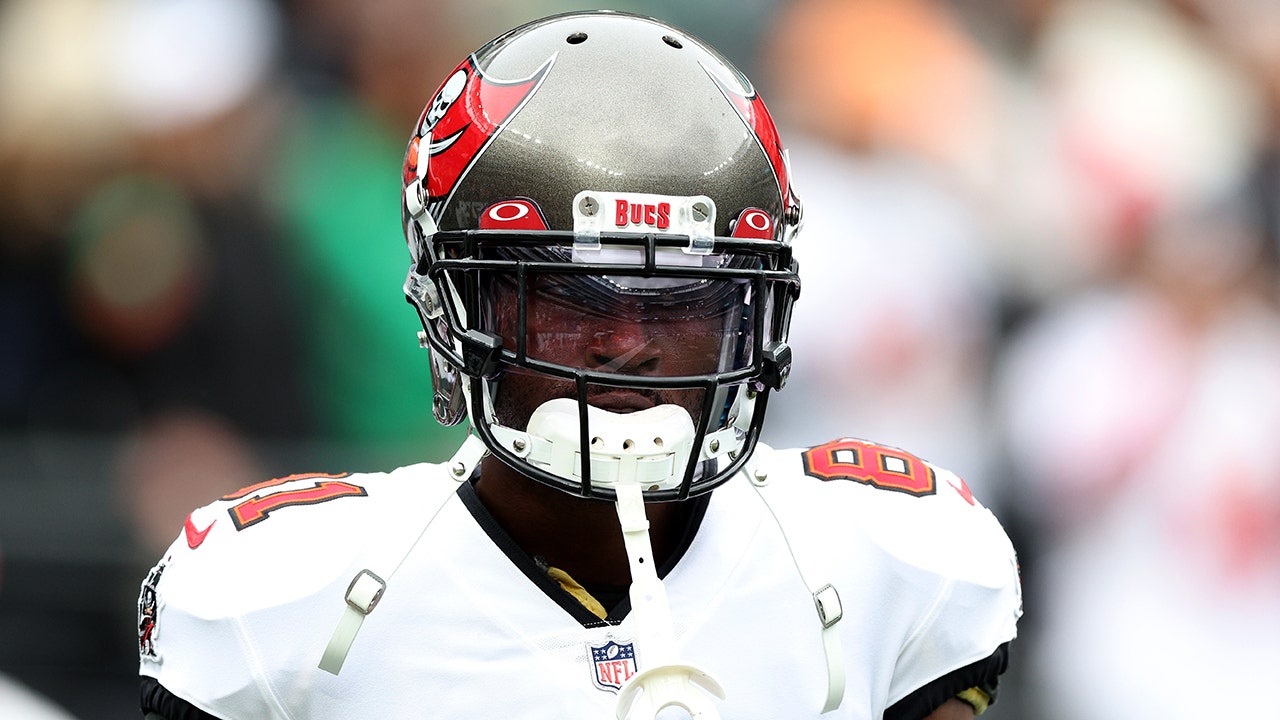 Antonio Brown’s brother, Desmond Brown, spoke out on Sunday regarding the NFL wide receiver’s outburst and bizarre ordeal during the Tampa Bay Buccaneers’ comeback win against the New York Jets.

Desmond Brown was a special teams contributor for the Pittsburgh Panthers in college but never made it to the NFL. Desmond and Antonio Brown’s father, “Touchdown” Eddie Brown, was a star at Louisiana Tech and in the Arena Football League in the 1990s.

Antonio Brown looks on against the New York Jets during the game at MetLife Stadium on January 02, 2022 in East Rutherford, New Jersey.
(Elsa/Getty Images)

The former college football player theorized in an interview with the Daily Caller the Buccaneers wide receiver came to the conclusion he wasn’t going to reach the incentivized bonuses for hitting certain milestones in his contract and decided to leave the game in dramatic fashion.

Antonio Brown made “a real selfish move to leave [in the] middle of the game like that though,” Desmond Brown told the outlet. The ex-Pitt player added “there’s no honor in quitting.”

Antonio Brown was on social media hours after the outburst, tweeting about his fashion statement from before the game and posting a goodbye note to his Instagram.

“Big MAD (Making A Difference ),” he captioned the photo. “Thanks for the opportunity.”

ANTONIO BROWN STORMS OFF FIELD DURING GAME, COACH SAYS ‘HE IS NO LONGER A BUC’

Brown finished the 28-24 win with three catches for 26 yards. He stormed off the field in the third quarter of the game. He tossed some of his gear into the crowd at MetLife Stadium and tried to amp up the crowd as he cut across the end zone on his way back to the locker room. He also hit fans with the peace sign on his way out.

Tampa Bay coach Bruce Arians told reporters after the game Brown was out.

Antonio Brown #81 of the Tampa Bay Buccaneers looks on against the New York Jets during the game at MetLife Stadium on January 02, 2022 in East Rutherford, New Jersey.
(Elsa/Getty Images)

“He is no longer a Buc. Alright, that’s the end of the story. Let’s talk about the guys that went out there and won the game,” Arians said.

Tampa Bay took a chance on Brown in the middle of the 2020 season after he was suspended for eight games for violating the NFL’s personal conduct policy. He was suspended for three games earlier this season because he submitted a fake coronavirus vaccination card.

Tampa Bay Buccaneers wide receiver Antonio Brown (81) talks with a teammate prior to the National Football League game between the New York Jets and the Tampa Bay Buccaneers on January 2, 2022 at MetLife Stadium in East Rutherford, NJ.
(Rich Graessle/Icon Sportswire via Getty Images)

The outburst could cost Brown over $1 million after missing out on incentives for hitting certain milestones this season. According to Spotrac, he needed eight more receptions, 55 more receiving yards and another receiving touchdown to hit three separate bonuses that would have earned him $333,000 each.