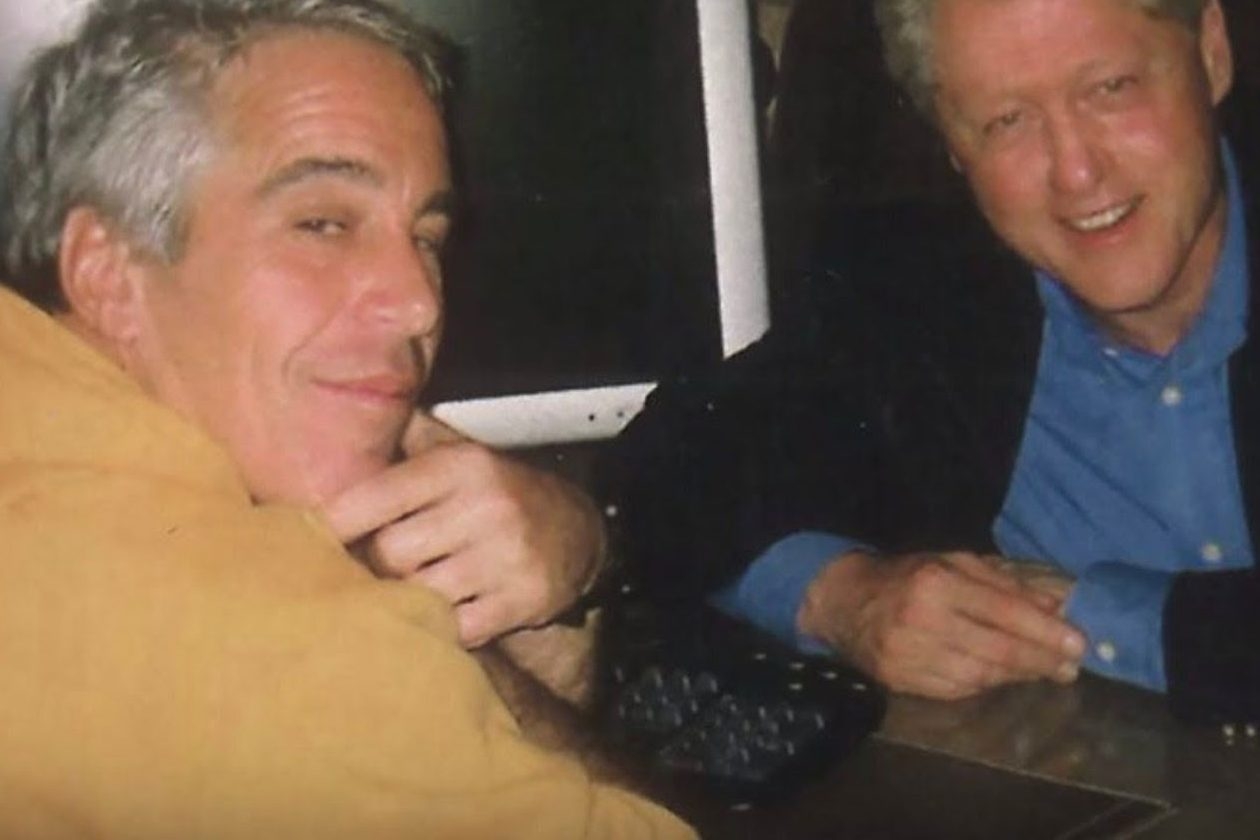 The former girlfriend of Prince Andrew is claiming that billionaire pedophile Jeffrey Epstein and former U.S. president Bill Clinton “were like brothers.”

Lady Victoria Hervey made the shocking claim in a documentary called Ghislaine, Prince Andrew and the Pedophile that aired Tuesday night on British TV and peels back more layers of the international sex trafficking puzzle.

Hervey, 44, said both men “loved” being around Andrew. And she told filmmakers she first met the crew more than 20 years ago.

“Clinton was definitely very close to Jeffrey,” Hervey said. “I don’t know if you saw the paintings that were in Jeffrey Epstein’s house? One of them being a portrait of Bill Clinton wearing the dress that Monica Lewinsky wore when they had the affair.

“So yeah, he was super close to Jeffrey Epstein. They were like brothers, you know, and he was close to Ghislaine as well.”

In fact, convicted sex trafficker Maxwell, 60, now facing down a potential 60-year sentence in the slammer, was even a guest at first daughter Chelsea Clinton’s wedding in 2010.

Bill Clinton and his representatives have denied he was ever close to Epstein, who died mysteriously in a Manhattan jail cell in 2019 while awaiting trial for sex trafficking.

The documentary is just the latest salvo in Andrew’s tattered reputation. He faces a civil lawsuit in New York this fall that was filed by former Epstein sex slave Virginia Roberts. She claims the prince sexually assaulted her on three occasions when she was underage.

Andrew has denied the claims or any wrongdoing. Still, his title drew both Epstein and Clinton to the prince like moths to a flame.

“Prince Andrew was the son of the Queen of England. Americans love that. Jeffery loved that. Bill Clinton loved that,” Hervey said, alleging Maxwell was used as bait to entertain Epstein’s pal.

“(Epstein) sat back and waited for her to go fishing and find however many girls were needed to entertain his friends,” Hervey said. “Jeffrey was really the frontman and Ghislaine was the accomplice. You know, it was kind of like a Batman and Robin and they were a double act. I don’t think Jeffrey could have done any of it without Ghislaine.”

She added: “You know, looking back at, you know I was really young and naive, and she’s entertaining these, you know, big businessmen. So I didn’t realize it of course at the time, but looking back …”

On a British breakfast television program Wednesday, Hervey said she believed Maxwell was also a victim.

“She is a scapegoat right now, so unfortunately for her, she is being taken down for what he has done as well. Some might argue is not quite as fair as it could be,” Hervey told the Lorraine Show.

“I mean to be honest I think Ghislaine was a victim and is a victim. She was a victim that then became the accomplice as her role changed in that relationship when they were no longer together. She kind of switched sides. I do see her as a victim as well.”