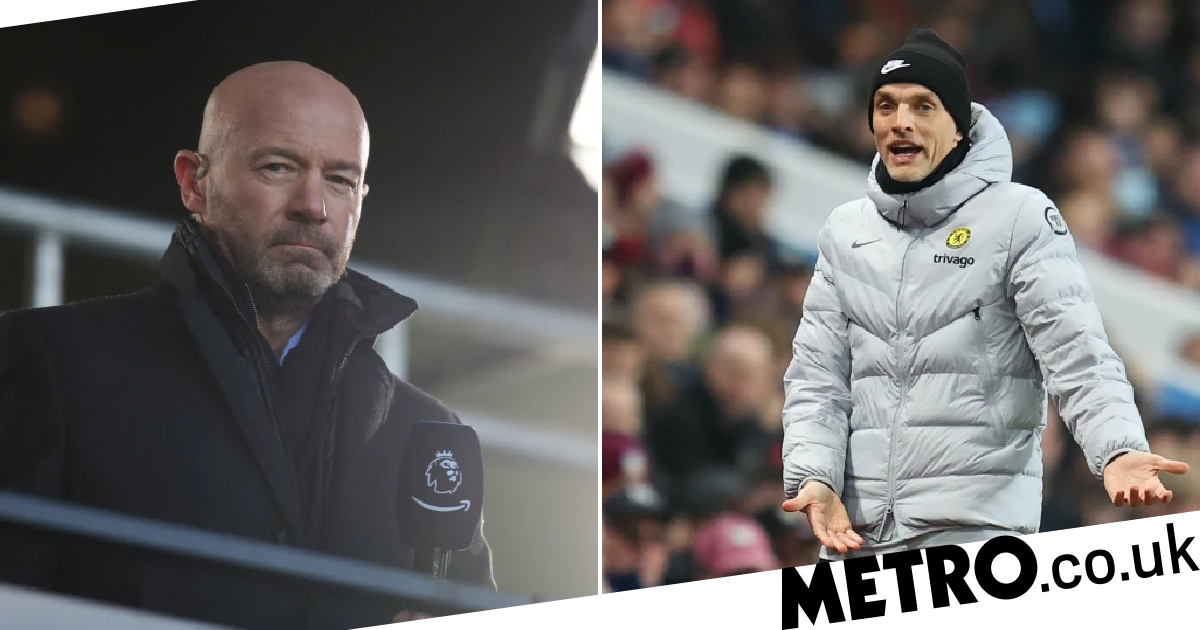 Alan Shearer has hit back at Thomas Tuchel’s complaints about the Premier League not being allowed to use five substitutes.

With games coming thick and fast during the festive period and squads impacted by Covid-19 outbreaks, the Chelsea boss feels the league should revert from three subs back to five, a rule that has remained in place around the rest of Europe since it was introduced at the start of the pandemic.

The likes of Ralf Rangnick, Jurgen Klopp and Thomas Frank have all expressed the same views as Tuchel but the majority of Premier League clubs are still against the idea with some claiming it benefits the bigger teams with a better squad.

Speaking after Chelsea’s 3-1 win over Aston Villa, Tuchel requested that more needs to be done to protect players by reintroducing the five substitutes rule.

‘Five changes were invented because of Covid. Now we’re in the middle of Covid, and some teams are having games postponed, and others aren’t. Three changes is a big disadvantage,’ he said.

‘Of course [five substitutions should be allowed]. Zero chance [they will]. We are the only league that plays in winter, which I love, but we’re not protecting the players.

‘All other leagues have five changes. Then we compete against them in the Champions League. It’s a bit frustrating. It will not stop.

‘Brighton will play a super physical game; then we have two games against Spurs, who are out of Europe and fully focused on the league and Carabao Cup.’

But Newcastle legend Shearer didn’t have time for the German’s complaints on Match of the Day.

‘This is what out country is, he knew that before coming in,’ he said.

‘The teams vote that in and they didn’t want that.

‘I think it can be an unfair advantage for the smaller clubs.’

Chelsea are next back in action on Wednesday when they host Brighton at Stamford Bridge.


MORE : Thomas Tuchel reveals what he said to Romelu Lukaku at half-time of Chelsea vs Aston Villa