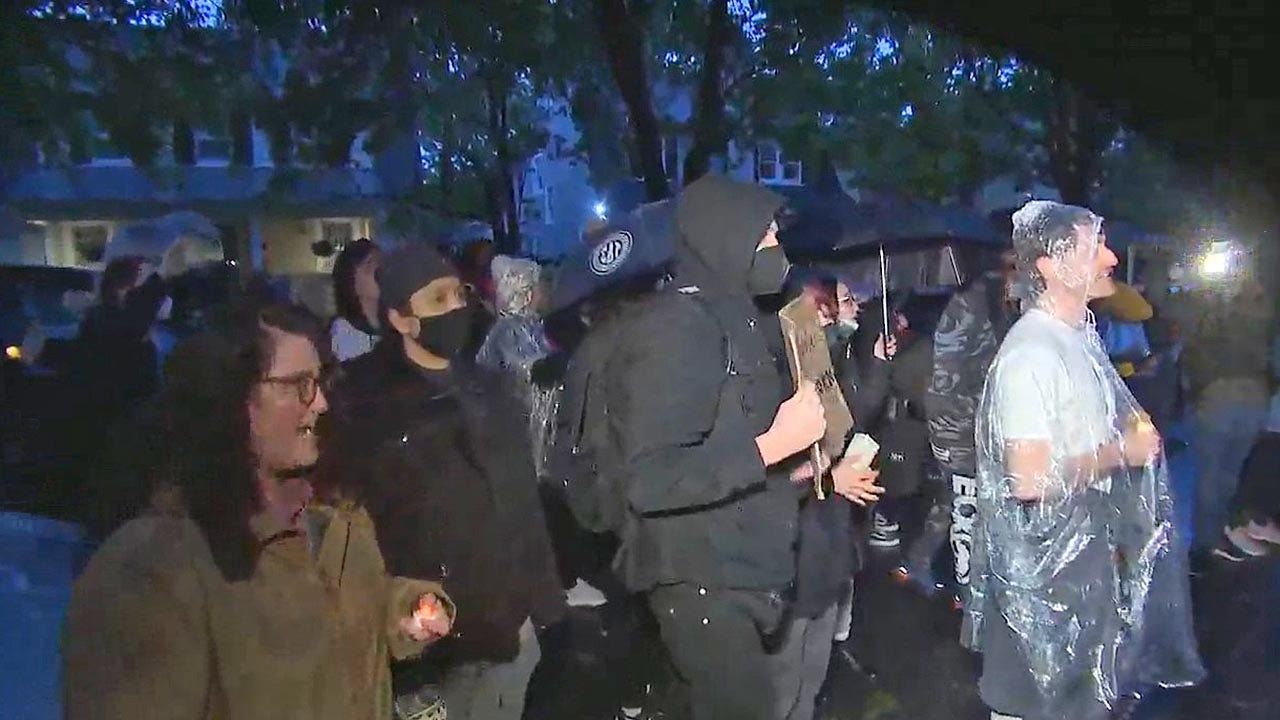 While peaceful protests are very much embedded in America’s DNA, what’s happening now is downright troubling.

I have no problem with abortion rights supporters, outraged by the draft Supreme Court opinion that would overturn Roe v. Wade, taking to the streets to rally public opinion to their side. March outside the Court, outside the White House or in your local downtown.

But to take the protests to the homes of conservative justices absolutely crosses a line.

Over the weekend, demonstrators chanted and waved signs outside the suburban Maryland home of Brett Kavanaugh, part of the tentative 5-4 majority to throw out Roe – until police broke it up. They also protested at the home of Chief Justice John Roberts, which makes no sense, since he wants to uphold the restrictive Mississippi law at issue but preserve Roe.

Let’s call this what it is: an intimidation tactic. The purpose is to pressure one of the justices into changing his or her mind on abortion. It’s highly unpleasant, to say the least, if you’re home with your kids and a group of angry people is bellowing outside your front door. You can’t go out, so you’re trapped inside.

As Rich Lowry puts it in National Review: “There’s no reason to go to the homes of the justices unless it is to send the message that people outraged by their prospective decision know where they and their families live. In other words, to the justice who dares say that Roe and Casey have no constitutional basis: Beware.“

The White House has refused to condemn the strategy of targeting SCOTUS members’ homes. (President Biden did condemn “attempts to intimidate” churches and the arson attack at a pro-life non-profit.) The protests drew lots of national coverage, but little journalistic outrage.

Imagine if a leaked opinion indicated that a liberal Court was moving toward abolishing restrictions on illegal immigration, and conservative protesters were yelling outside the home of Sonia Sotomayor. Or Elena Kagan. Or Nancy Pelosi. Perhaps some journalists and commentators would be lecturing us on civility and overzealous activists?

Instead, the Washington Post ran a long, sympathetic profile of the woman leading the Kavanaugh protests, Lacie Wooten-Holway:

“She thinks it’s important for him to hear that people in his own neighborhood vehemently disagree with him… ‘We’re about to get doomsday, so I’m not going to be civil to that man at all,’” says Wooten-Holway, who also described her own abortion. (The piece did include quotes from some neighbors who disagree with her tactics.)

CNN analyst Laura Jarrett was unconcerned: “I think for a lot of people a conversation about civility feels like it misses the mark when constitutional rights that you believed that you had for over 50 years are about to be overturned… So yes, there are going to be protests in front of Kavanaugh’s house because people are angry.”

This is the ends-justify-the-means mentality that we last saw when a Virginia restaurant refused to serve Sarah Huckabee Sanders and some considered it cool when liberal activists ran screaming into restaurants to harass Republican lawmakers dining there. It’s a way of personally demonizing political opponents.

Meanwhile, an abortion opposition office in Madison, Wis., was in flames over the weekend after someone threw a Molotov cocktail into the place. If there was any doubt who was responsible, an assailant spray-painted on the building: “If abortions aren’t safe then you aren’t either.”

This carries chilling echoes of the Vietnam War, when opponents mobilized for massive demonstrations that helped turn the country against that ill-fated conflict. But this morphed into students taking over college administration buildings, and the violence of the Weather Underground.

Kathy Boudin, a radical member of the group who was convicted in a Brink’s robbery that resulted in the death of two police officers and a security guard, died earlier this month. Among other violent clashes was the fatal shooting of four students at Kent State.

LOOKING FOR THE LEAKER: WHAT WAS THE IDEOLOGICAL MOTIVATION FOR PROVIDING THE ROE V. WADE REVERSAL DRAFT?

The violence helped discredit the Left, even though most protesters were peaceful, and again reflected the mindset that the higher goal – stopping the war – could even justify murder.

Meanwhile, Mitch McConnell fueled the flames with a USA Today interview. The minority leader said it was “possible” that Republicans in Congress next year could pass a nationwide ban on abortion. Such an approach would be in stark contrast to Samuel Alito’s draft, which would return the issue to the states and leave the procedure legal in about half the country.

SUBSCRIBE TO HOWIE’S MEDIA BUZZMETER PODCAST, A RIFF ON THE DAY’S HOTTEST STORIES

I have been saying that the Roe furor won’t be as big an issue in the congressional midterms as the Democrats believe, though it will loom large in state and local races. That’s because Hill Democrats don’t have the numbers to legalize abortion, as everyone will see on Wednesday when Chuck Schumer calls a test vote.

A crowd of people gather outside the Supreme Court, Monday night, May 2, 2022, in Washington following reports of a leaked draft opinion by the court overturning Roe v. Wade.
(AP Photo/Anna Johnson)

But now all bets are off. Why would McConnell reveal the potential plan now, even if that’s what he plans to do if the Republicans take over Congress?

Perhaps he wants to put it in play to fire up his base and match the growing intensity on the Left – though with two-thirds of the country in favor of keeping Roe, McConnell could alienate some folks, as well.

What’s clear is both the anger and the protests will continue to build – and for one side, no place is off limits.