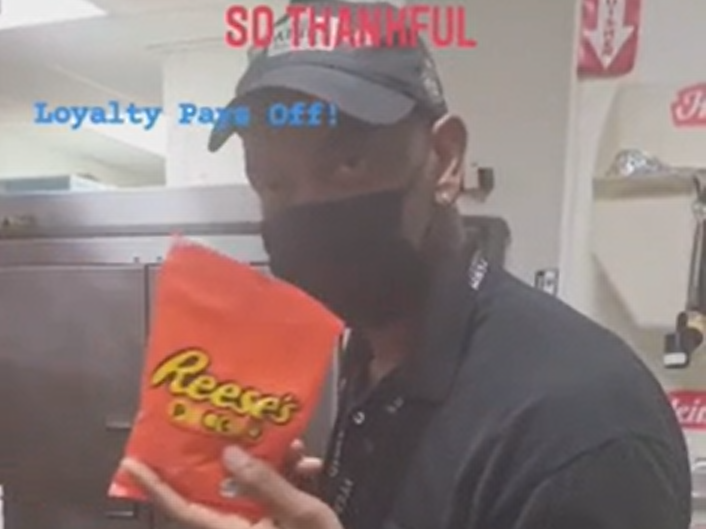 A Burger King employee who hasn’t missed a day of work in 27 years was rewarded – though, critics say it wasn’t enough.

A video of the unidentified employee showing off a goodie bag he received after nearly three decades of perfect attendance was posted on Reddit’s ABoringDystopia page.

“This man dedicated 27 years of service to Burger King and wasn’t even rewarded with $27 worth of trinkets in his ‘goodie bag,’” read FastRitz’s caption.

The hard-working staffer received a movie ticket, a bag of Reese’s Pieces, a clear Starbucks tumbler, a lanyard, two pens, a couple of keychains and two packs of Lifesavers.

The employee appears truly grateful for his goodie bag, which some assume is a gift from his co-workers.

His gratitude caused mixed reactions in the comments section. While some called it sad, others were enraged about the items he received. Some loved how proud he was of his gift.

“Nobody bought anything,” one person commented. “Those are the giveaway bags offered at special events or by hiring managers. Corporate buys that stuff by the case to give away.”

Another wrote: “And he’s so humble and kind about it … He deserves so much more.”