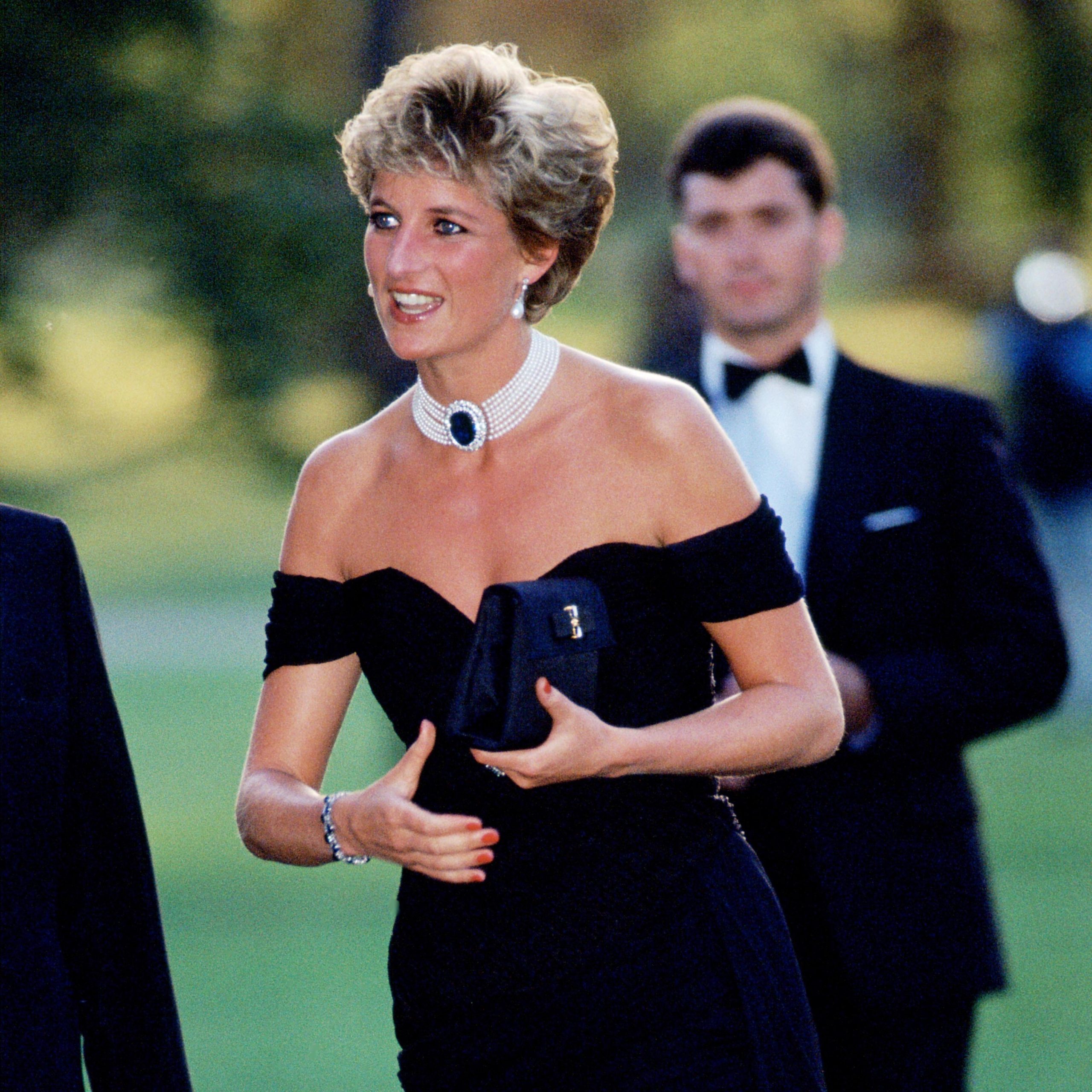 You know what they say about revenge. It’s sweet. It’s best served cold. It’s best worn by a universally beloved Princess on the evening her estranged husband admits to adultery.

Princess Diana’s short jaunt from vehicle to London’s Serpentine Gallery in June 1994 lasted, as it was remembered by photographer Tim Graham, a mere 30 seconds. Yet, this was a moment captured, crystallised, then, immortalised by legions of adoring fans; by legions of the jilted who get it; by legions of fashion-cum-culture editors as a moment of sweet, sweet revenge.

“She wanted to look a million dollars,” said her former stylist Anna Harvey, “and she did.”

And the words glaringly clear between the lines: It wasn’t that the Princess appeared in the Christina Stambolian gown — the black; the velvet; the very short hemline; the off-the-shoulder; the sweetheart neckline; the ruching; the train; did I mention the short hemline? — looking like that. It was about power, about acknowledging delusion. It said “Yes, look at me. Then, look at him. Then, look at them.” Brr.

As the Moment is, once again, swept back into the cultural zeitgeist with the release of Spencer, starring Kristen Stewart, and recreated with incredible precision by Elizabeth Debicki in the yet-to-be-released fifth season of The Crown (as she takes over the role from Emma Corrin), let the Princess’s Revenge Dress be fodder for inspiration. For New Year’s Eve purposes. For life, when it hurtles lemons towards you. It’s, after all, just a little black dress. 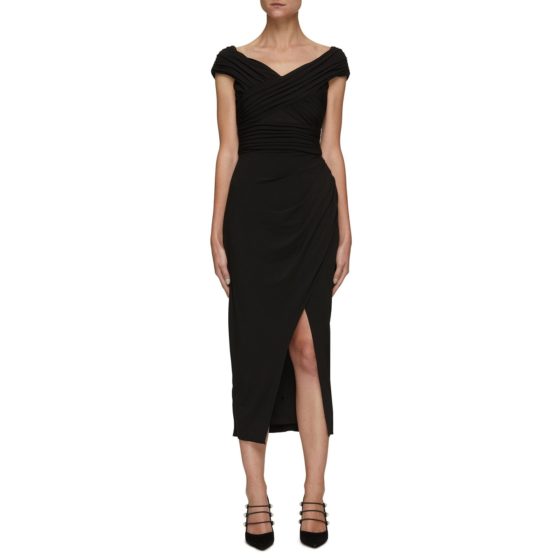 The exposed décolletage — highlighted even more so by the seven-strand pearl choker centred with a mammoth sapphire brooch (given to the Princess by Queen Elizabeth the Queen Mother as a wedding gift, no less) — is central to any ensemble with eagle-eyed retaliation in mind.

Just add pearls to this self-portrait dress for an ice-cold serve. 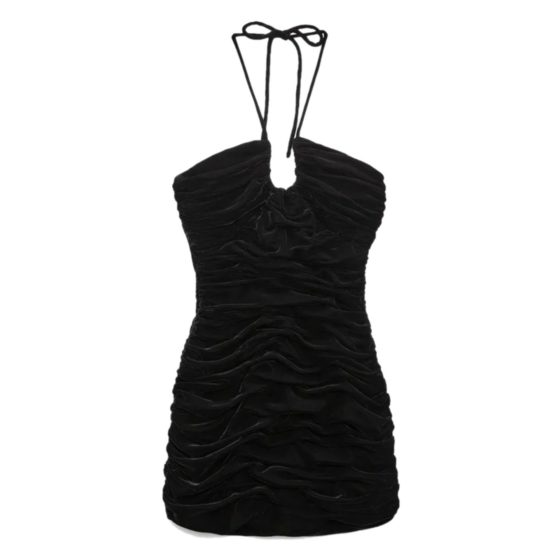 The Princess wore hers (all ruched and mini with a quiet aversion for sleeves) with sheer black nylons and classic courts. Who’s to argue with royalty? Go for the same with this halterneck Zara number, accessorised with a gleaming, teeth-bared smile. You might be grinning or grimacing — they’ll never know if it’s real or feigned. 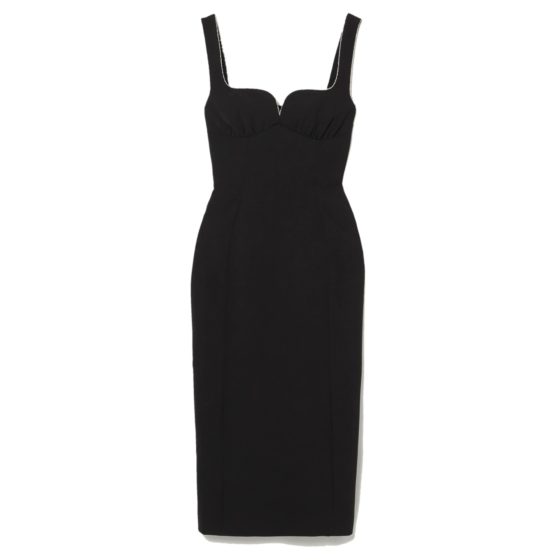 Prior to that evening out at Serpentine Gallery, the Christina Stambolian sat still in the Princess’s wardrobe for three years with fears it was “too daring”. And then — it wasn’t. You could attribute Di’s hesitation to the short-short hem; the off-the-shoulder sleeves. But the sweet sweetheart dip is, too, a main contender — a dip very much recreated on this Saloni frock, accentuated with crystal-embellished edges along the décolletage and straps. No heirloom pearls necessary with this one. The Revenge Dress sniffed “No thanks!” to sleeves that do any sort of covering up. This Safiyaa dress agrees ardently — and goes an extra mile further. This number, named Catalina, is, essentially, a strapless sweetheart midi with a detachable bolero shrug made in a very wispy, very romantic silk organza. A gossamer layer that adds depth — but not a lot of coverage. No sleeves! And if sleeves, sleeves that are barely there; barely do any sort of work. 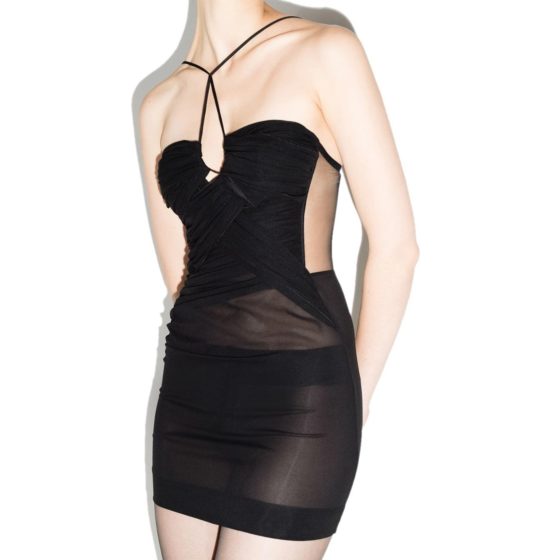 You’ve tried talking. You’ve tried pleading. You, might’ve, even tried a professional mediator. When compromises fall on deaf ears, well, there’s only one way to show ’em. Thanks, Di!

It’s all sheer layers and very, very out-there silhouettes in Nensi Dojaka’s oeuvre; the kind of sexy little thing you’d shimmy on with all the flippant attitude you can muster. Go girl. Give them nothing! Or, just barely a hint of what they’re missing. Hear me out: a single cold shoulder is much more devastating. Right? It’s a hot-or-cold, will-she-won’t-she conundrum that wastes everybody’s time, but hey, tales of revenge aren’t for communication or efficiency. It’s for heedless, one-sided satisfaction. Hit them where it hurts in this Mugler mini dress, with a, you guessed it, single cold shoulder that angles up towards a sleek turtleneck. 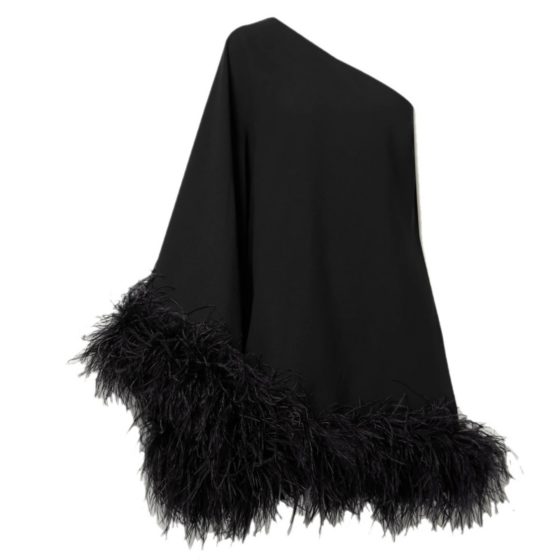 Before we begin, Google “husband-killing robe”. Same page? Good. This utterly decadent Taller Marmo dress, with its feathers and feathers and, uh, more feathers, is the kind of OTT serve TikTok would have loved. It, also, doesn’t look anything like Di’s Revenge Dress. Which kind of isn’t the point. It’s a connection that’s felt deep within; a connection mirrored only by petulant eye-rolls, by select fingers lifted skyward and, of course, by the love and adoration of an entire country. Nay, world. 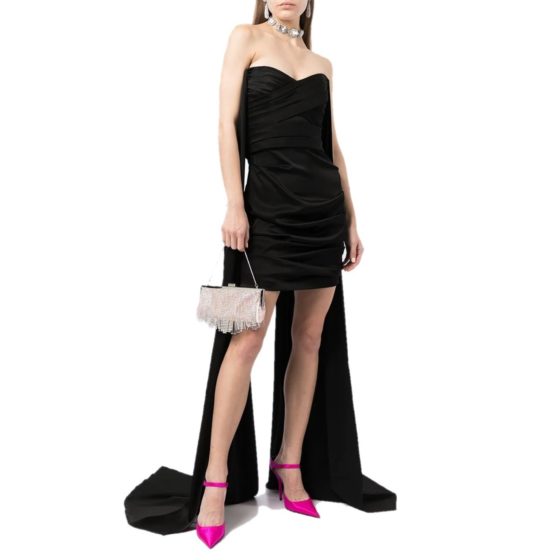 And if it’s drama that’s so desired, there’s no distinction on a piece of garment as dramatic as a long, draping train. Well, a cape is plenty dramatic, but that’s for another round-up. People often zero in on the short and the risqué, but the Revenge Dress’s train — all flowy and attached to Di’s hip — is yet another element that adds to the drama.

This Alex Perry number doesn’t just float in the wind, with the gust of every angry step. No, it’s floor length. It kisses whatever surface you’re about to saunter past and picks up gravel, dirt and the tears of whoever wronged you. Brava.