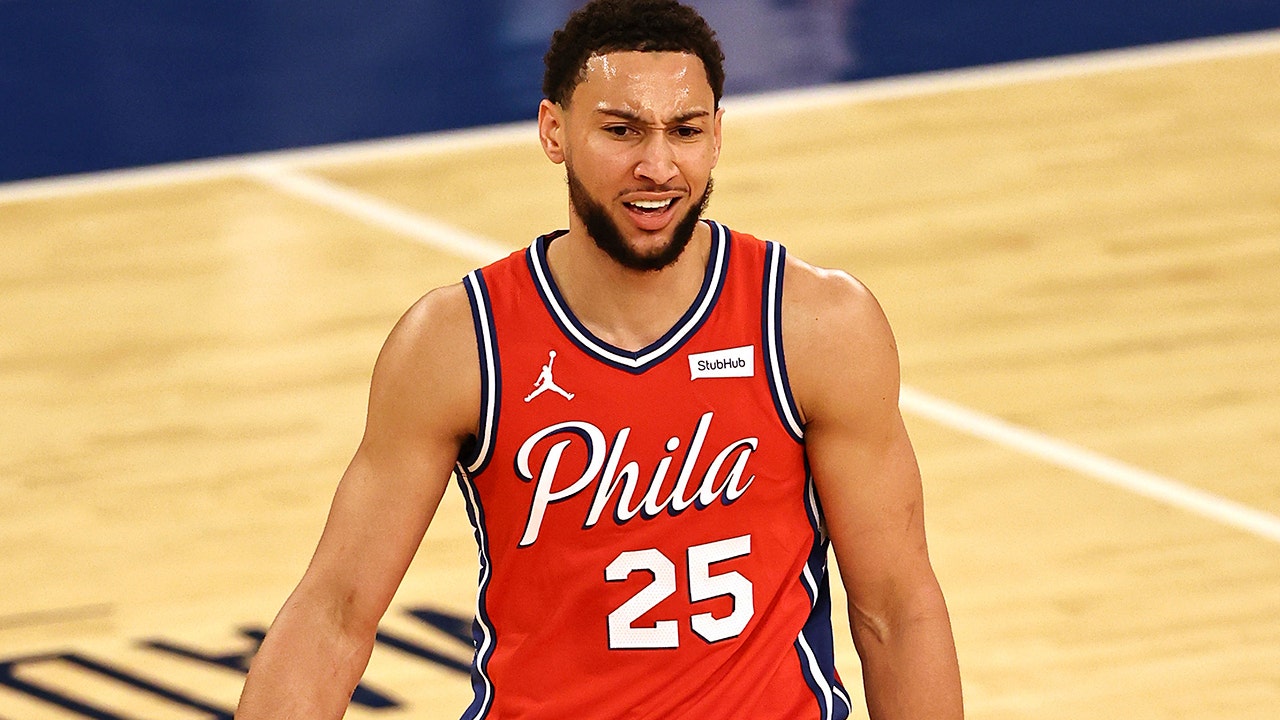 After 76ers’ All-Star passed up a wide-open dunk during Game 6’s loss to the Hawks, he apparently was “exposed to a masseuse” that held him out of shoot around prior to Game 7. Now we’re hearing Sixers players were insinuating the point guard was trying to avoid playing in Game 7 by pretending he was a covid risk.

Impossible to prove, but scarily believable after the way Simmons played.

“Simmons was being held out of the team’s shoot around,” ESPN’s Ramon Shelbourne said. “Due to a possible exposure to a team masseuse, who’d returned an inconclusive COVID-19 test. Several players were questioned about whether they’d seen her that morning, but only Simmons said that he had.”

But here’s where this gets juicy.

FILE – Philadelphia 76ers guard Ben Simmons reacts after grabbing a rebound during the second half of an NBA basketball game against the Brooklyn Nets in New York, in this Monday, Jan. 20, 2020, file photo.
(AP Photo/Mary Altaffer, File)

“According to multiple sources, many within the team questioned whether Simmons had actually seen the masseuse — or was just trying get out of playing as he battled the basketball version of the yips.”

These accusations will obviously never be confirmed because you can’t prove otherwise unless someone can show the masseuse never entered the building, but these statements show how his teammates see him. 76ers players watched their own teammate, who currently plays on a max contract, and walked away from the arena believing he’s scared to participate in the biggest game of the season.

What we can do, however, is figure Simmons knew about his teammate’s accusations. Those claims alone are likely enough to make any player demand a trade. I mean, how can any player want to return to a locker room full of players that believe you’re scared to do your job?

Philadelphia 76ers’ Ben Simmons, right, goes up for a dunk as he passes San Antonio Spurs’ Rudy Gay, left, during the first half of an NBA basketball game, Sunday, March 14, 2021, in Philadelphia.
(AP Photo/Chris Szagola)

This might be one of those situations we have to wait for a 30 for 30 long after their careers end. The Philadelphia 76ers need to get Simmons out of there before these rumors grow.