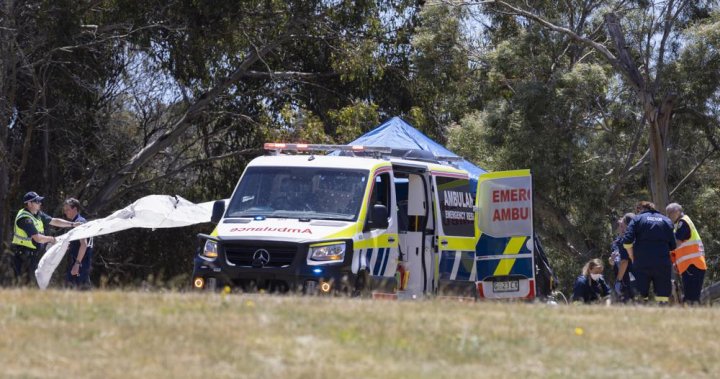 Five children have died and four others are injured after a bouncy castle they were playing in was picked up by a gust of wind in Australia, police say.

The accident happened at a school fun day on Thursday in Devonport, Tasmania. Hillcrest Primary School was holding its annual tradition to mark the end of the school year.

The children were in the fifth and sixth grade, meaning they were likely 10 or 11 years old.

Two girls and two boys were among the victims. A fifth child later died in hospital. Four more children remain in hospital in critical condition.

“A wind gust had reportedly caused the jumping castle and inflatable balls to lift into the air,” Tasmanian Police Commissioner Darren Hine said, adding that the children likely fell from about 10 metres in the air.

“Our hearts are breaking for the families and the loved ones, schoolmates, teachers of these young people who were taken too soon,” he continued.

Community members have begun a small memorial for the lost children, placing stuffed animals at the base of the school’s sign.

Have been talking to a lot of people in the community today, we are just totally devastated and shocked that this has happened so close too home.

Tasmania state Premier Peter Gutwein said the accident is “simply inconceivable… I know this is a strong and caring community that will stand together and support one another.”

“Young children on a fun day out together with their families and it turns to such horrific tragedy, at this time of year, it just breaks your heart,” Morrison said.

Images published by the Australian Broadcasting Corporation showed police officers consoling each other as paramedics provided first aid to victims.

Several children have fallen from a height of 10 metres, causing serious injuries, after the wind blew a jumping castle into the air at a primary school in Tasmania’s north-west @abcnews pic.twitter.com/tf01vevPab

Parents arrived at the school gate to collect their children as helicopters ferried the injured to hospitals.

Police say an investigation is underway.

– With files from the Associated Press