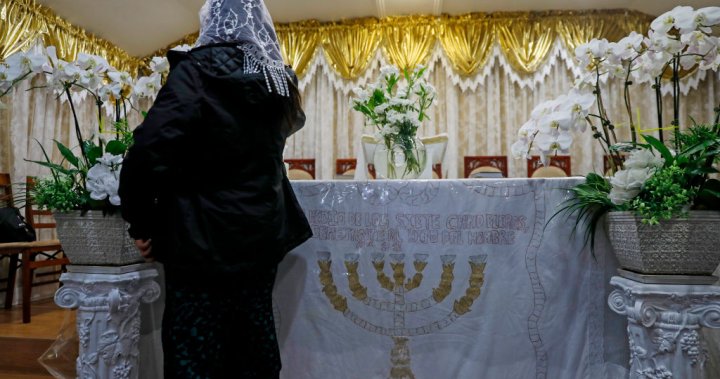 NOTE: This article contains disturbing details. Please read at your own discretion.

The death of a three-year-old girl in San Jose last fall is receiving renewed interest after church leaders in the community said that they performed an exorcism on the child.

The body of Arely Naomi Proctor was found in the basement of a San Jose church last September and her death was ruled a homicide caused by asphyxiation by the Santa Clara County medical examiner’s office.

Her mother, Claudia Hernandez, has been charged with assault on a child resulting in death.

Officials at the Iglesia Apostoles y Profetas church, where Proctor died, told the San Jose Mercury News that they performed a ceremony on the toddler to “liberate her of her evil spirits,” and that her death was “the will of God,” and not related to the exorcism.

Court documents obtained by KRON found that the family “believed the child was possessed by a demon and were at the church praying for her,” according to deputy district attorney Rebekah Wise.

Authorities say that Hernandez withheld food from her daughter and squeezed her neck.

“She strangled her multiple times to the point where the victim went unconscious, she stuck her hands down her throat, and continued this course of conduct for almost a full day,” Wise wrote in the filings.

According to court records, Hernandez began to suspect her daughter was possessed because she would “wake up and scream or cry periodically.”

She told police that she and her brother brought Proctor to the church at 6:30 a.m. on Sept. 24. The girl’s mother, uncle, and grandfather allegedly held her down for several hours to perform the ceremony.

Proctor’s grandfather Rene Huezo is a pastor of Iglesia Apostoles y Profetas, but he has not been charged in the death; neither has Proctor’s uncle.

Proctor’s family is accused of attempting to make her vomit, causing “multiple injuries around her eyes, face, neck, and chest,” Wise wrote.

No one attempted to give Proctor medical assistance before or after she died, according to court records.

Hernandez is currently in jail awaiting trial and no bail has been set for her release.

KRON reported that a YouTube video posted in January appears to show Hernandez speaking about her daughter’s death. The title of the video is Proctor’s full name: Arely Naomi Proctor Hernandez.

The Iglesia Apostoles y Profetas church, which operates out of a house in San Jose, was also recently searched by police in connection with a kidnapped baby, Brandon Cuellar.

No evidence of the child was found in the church and police later recovered the baby from an apartment several hours later. Police arrested three suspects and at least one of the individuals detained attended the Iglesia Apostoles y Profetas church.

Church officials for Iglesia Apostoles y Profetas have not commented on the incident since speaking with the San Jose Mercury News and no lawyer for Hernandez has been identified.

One church preacher, who wasn’t involved with the ceremony, told the paper that he disagreed with the term “exorcism” but said that demonic possession is real. “If you read the word of the Lord, you know that Jesus cast away demons,” Oscar Ayala stated.

Proctor’s grandfather said he is pained by the death of his granddaughter, but maintains that what happened to her was God’s will.

“It’s not when I want to do it, it’s when God, in his will, wants to heal the person. The preacher is like an instrument of God; what we do is what God says.”

The San Jose Police Department said the investigation into Proctor’s death is ongoing and did not comment further.